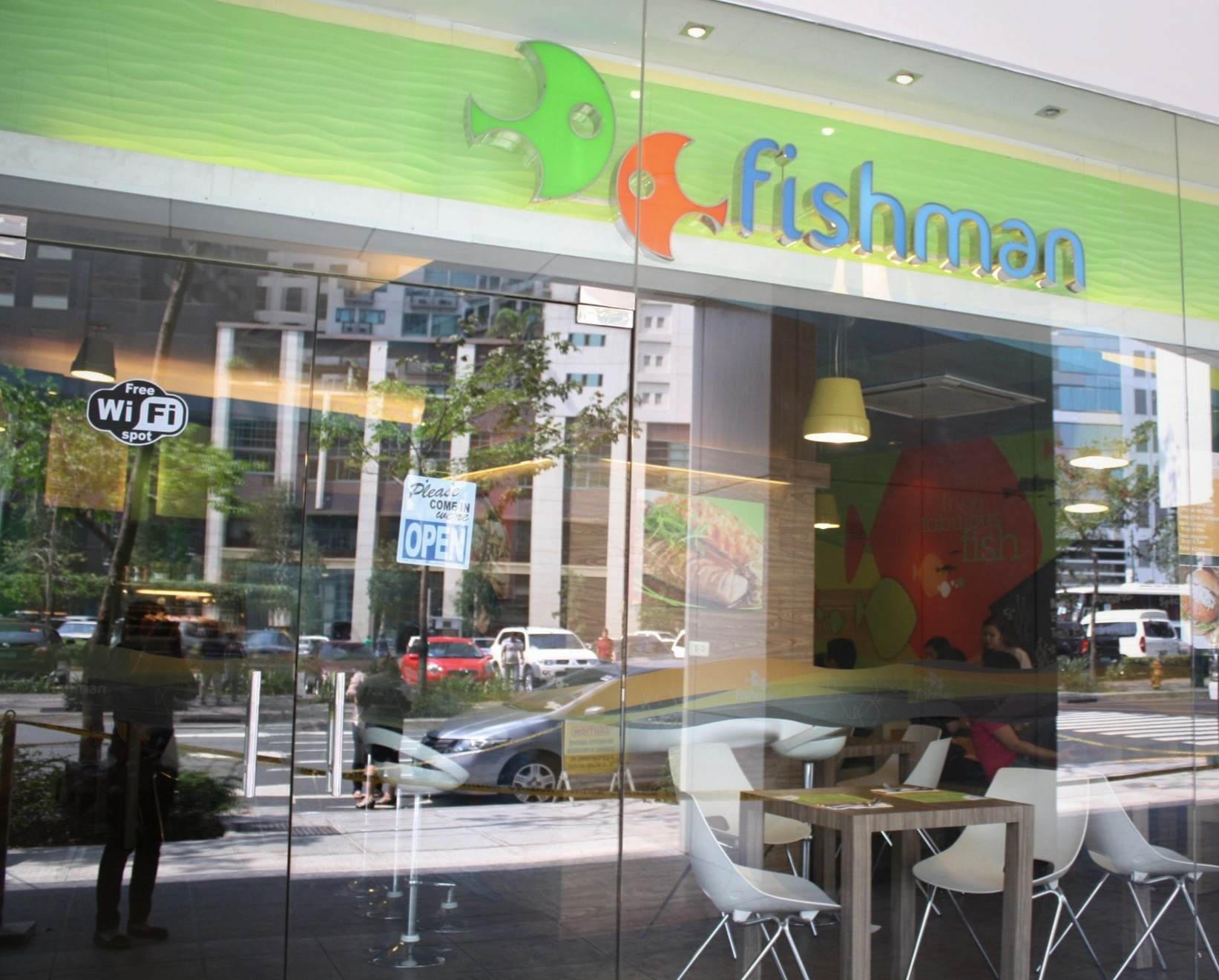 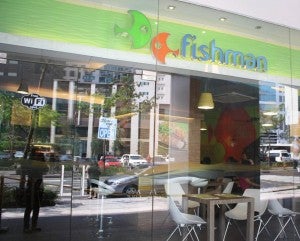 Squeezed in Bonifacio One Technology Center along Rizal Drive, an area lined with fastfood establishments, is a comfy fast casual dining place bidding time to shake up its competition–if it can call the usual fried chicken fastfood place a competition.

What Red Crab Group’s Fishman intends to do is reinvent the fastfood dining experience and introduce seafoods as an everyday fare. Imagine a seafood dish enough for two to three people delivered to your table in a jiffy.

Chef Peter Ayson said that this fast casual restaurant under Red Crab Group and Banana Leaf was his newest baby and his biggest challenge yet.

Having been involved in operations of seafood restaurants for a good six to seven years, he said Fishman was the result of his challenge unto himself to create a “refreshing” kind of fastfood establishment.

And refreshing is probably the best word to describe Fishman, from its under-the-sea inspired interior design and its colorful menus which were thought up by Ayson and Red Crab Group head Raymund Magdaluyo, and right down to its friendly staff and rather unusual dishes for a fastfood place.

“You eat not just to feel full but to feel refreshed, the question was, how do I make it fast?” he said, narrating how he came up with the idea of a fast casual restaurant serving seafood.

“This is my pioneer store, my trial store–and I’m still balancing how it’s going to work out. I had a five-month concept which I scrapped in the last minute; it was too safe, too plain. We scrapped the menu and came up with this, and the tuna sisig, the last dish I added became a hit,” he told INQUIRER.net.

He was referring to Fishman’s Spicy Tuna Sisig (P210), a bestseller according to the restaurant manager Jasmine Supe in a separate interview.

Fishman offers seafood dishes priced roughly over P100 to P300 and is packed during lunch time with customers lining up for plates filled with the classic fish and chips, the unusual dynamite fish lumpia, and tempura specials.

While coming up with an entirely different approach to fastfood was difficult, Ayson said the task proved to be a good payoff as it allowed him to be even more creative.

“I get to be creative, I want to be accepted (and I ask myself) can I create what I call ‘ecosog’ which stands for economically busog,” he said, saying that he has seafood delivered fresh daily and has also developed a system to ensure preparation was always fast. 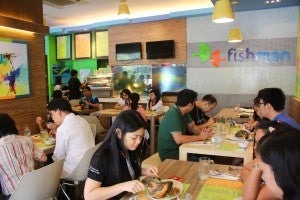 An example was coming up with the restaurant’s Lenten specials which will be offered starting February 13. The menu for Lent comprises of stirfried seafood noodles with shrimp tempura, smoked bangus with salted egg, pinaputok na tilapia, and salmon belly teriyaki among other offerings.

“We try to stay away from grilled food and chose to pan fry (our dishes)” added Ayson, pointing out how so many fastfood chains have taken on grilled fastfood.

“Filipinos deserve to eat good food and that is what we can offer,” he said.

Fishman also plans to venture out to shopping malls this year with two new branches in the works and expand its target market from BGC’s residents and workers to mall goers.