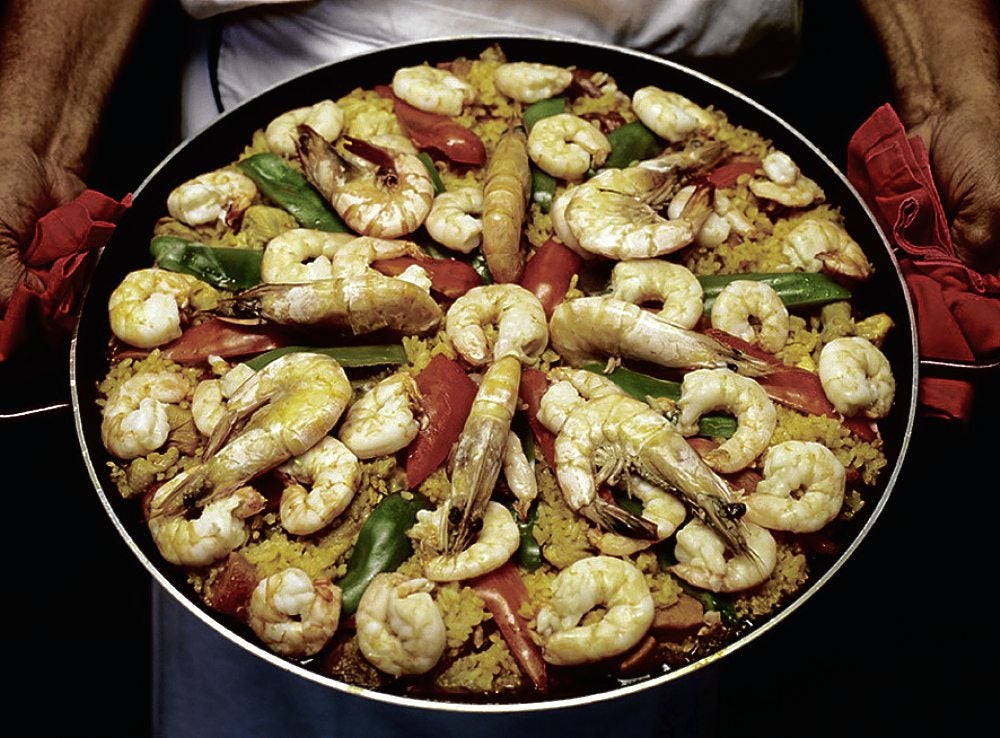 My batchmates at the College of the Holy Spirit Manila felt like conspirators when we decided not to eat lunch in school during a recent grand reunion to celebrate its centennial. But only because there was an interesting alternative—La Cocina de Tita Moning.

It’s in a place called the Legarda Mansion, but it’s more like a stately old home and not the grandiose building which a “mansion” suggests.

On a tour of the house, my schoolmates sighed upon seeing the beautiful and well-preserved antique furniture—nobody makes these precious items anymore. We also thought of how much the Luna and Hidalgo paintings must now cost.

But how wonderful it was to be reminded of the old days when there were many such old houses in Manila’s San Miguel district.

Even Malacañang Palace was like an elegant old house to us then. Back in our school years, we used to tour the palace grounds with the presidential guards as our guides.

And so those days came back to us as our group waited to be seated at a long table set so elaborately that one blogger said it looked like “Downton Abbey,” the hit BBC production about a family that lived in one of the English country estates where dinner was always formal and people were dressed to the nines.

What we wore wasn’t formal but the service was—each course served for us to get as much or as little, Russian-style.

Suzette Montinola has taken the lead to preserve not only the Legarda ancestral house but also the  family’s recipes. The “mansion” was home to her grandparents, Alejandro and Ramona Legarda. The recipes are her grandmother’s who never wanted to be called “lola” but GG for “glamorous grandmother.” Suzette wrote about it in her piece, “GG’s Table,” in the book “Slow Food: Philippine Culinary Traditions” (Anvil Publishing, 2005).

While the guests were thrilled about treasures and some secrets in the Legarda Mansion, the eating was certainly anticipated. Salsa monja—shallots cooked with bread crumbs and olives—was waiting to be placed on bread.

For the first course, some opted for the pumpkin soup—thick, creamy and filling. Those who preferred salad were treated to a sampler trio that included ripe papaya with cheese, kangkong with grilled pepper and caramelized walnuts, and grilled eggplant with salted egg.

The paella arrived, looking hefty and studded with huge shrimps.

And then the main course was a choice of either roasted pork or lengua (beef tongue) in white wine.

My generation liked eating lengua, but many of our children are no longer familiar with the dish. Blame it on us for not cooking this slow food that takes a long time to tenderize and then to meld all the flavors.

For those who chose the pork, the plus was the glazed camote that was cooked perfectly and could be eaten by itself.

By the time the dessert, bread pudding, came, everyone looked too full to partake it. But I told everyone that this was the part that I most awaited because the pudding is about the best I’ve ever tasted—almost butter cake-like, then topped with caramelized pili nuts, each placed on the tips of toothpicks.

We had chosen the menu from quite a long list—one group featuring Filipino dishes such as tinola, dinuguan, kare-kare, sinigang and adobo. And there is an a la carte menu, though one is advised to call and reserve first. Minimum reservation is for two.

The quality of the cooking has been maintained because Suzette remembers the flavors and the love that went into her GG’s dishes. Her good intentions are backed by training since she studied hotel and restaurant management at the Ecole des Roches in Switzerland, and is now teaching at the Enderun Colleges apart from finishing her MBA.

When Alain Ducasse visited Manila, one lunch featured Filipino dishes. He asked me who took charge of the lunch and I said it was Suzette, who was also annotating. I added that she has a restaurant that does traditional dishes. Ducasse said that it was good that someone is doing that in the country.

But while tradition lives on at La Cocina de Tita Moning, Suzette still wants another way to preserve the dishes and the house, and that is by publishing a book. She has her photographs, stories and recipes. It’s just a matter of putting it together.