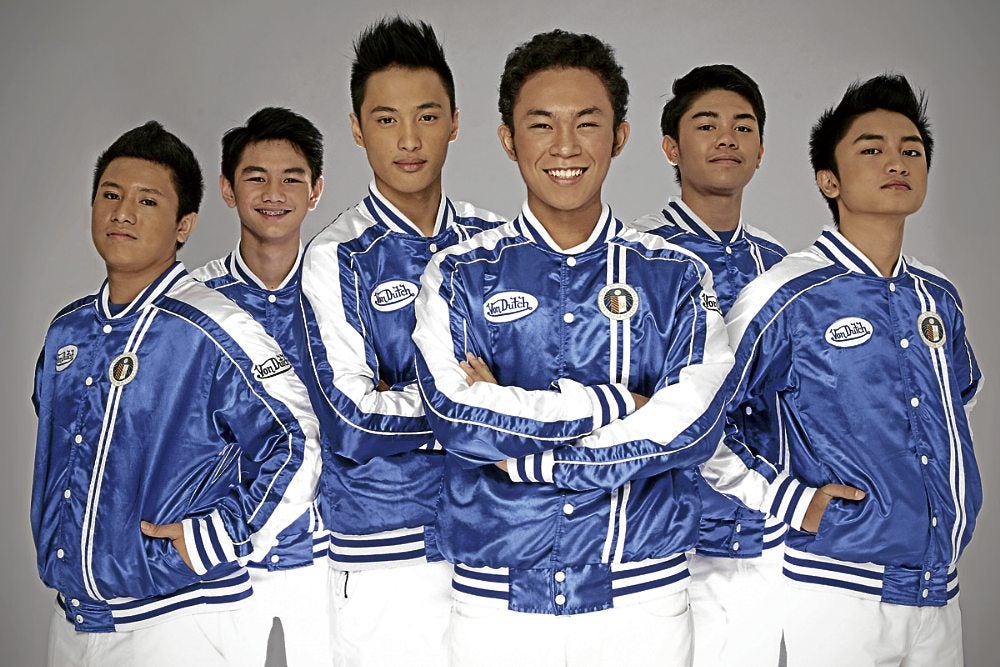 Pride and power in three all-male squads–sorry, no pom-poms here

Traditional rivals, these three schools are also seen to have the richest campus cultures. Their individual school spirit is exemplified in their pep squads, which, even if they belong to different leagues, provide the uplift the school needs in and out of basketball season. Hooray for these three high school squads!

You see them on the court, along the aisles, in the sidelines: blue-jacketed, white-jeaned, with a proud stance and booming voices—the cheerleaders of Ateneo de Manila High School known as the Blue Babble Battalion (BBB), the force behind the school’s “One Big Fight.”

Don’t be fooled by the term “cheerleader.” They roar out Team Ateneo’s cheers, march out in formation and pump up the crowd in every game. Training is physically taxing, and reaching out to audiences requires charisma and wit. They also uphold all-male team tradition—sorry, no pom-poms here. As team captain Ricky Echavez tells us, “It breaks stereotypes.”

“Sure, we’re just at the sidelines but things are going to feel pretty different without us,” adds Echavez.

“We do make quite a big impression in the games,” he says, noting how a hyped-up crowd boosts a team’s play significantly.

This is one of the biggest challenges the team has to face as well. The Ateneo crowd has a bad habit of cheering only when they anticipate a sure win. “We are among those with the biggest influence on the game and, if we fail to do that, then we fail to be a battalion.”

The most important thing is that it takes more than a loud voice to lead a crowd, says Echavez. The squad looks for three things in its members: commitment, competency and heart.

“We don’t require aspirants to be 6 ft tall, physically fit or handsome. We don’t even require them to know the cheers (especially if they’re transferees). Those things can be learned during training, but what we do require our aspirants and members to have is heart,” says Echavez.

Passion first, and everything else will follow—a philosophy reflected in the Battalion’s dictum: Fides, Animus, Gubernatio, or Faith, Spirit and Leadership.

Of course, passion is where everything begins. Like any Atenean, the Battalion believes in the concept of magis, or “being more.” “It doesn’t matter if it’s a game or just practice; I want the team to give its best at anything they do because that’s what the BBB is all about,” says Echavez.

They fight to cheer, in other words, despite a double-digit loss. They bring out the crowd’s spirit despite a bad game: “We are the Battalion, and we are the last ones who should lose hope.” And they never miss practice despite academic requirements and family commitments.