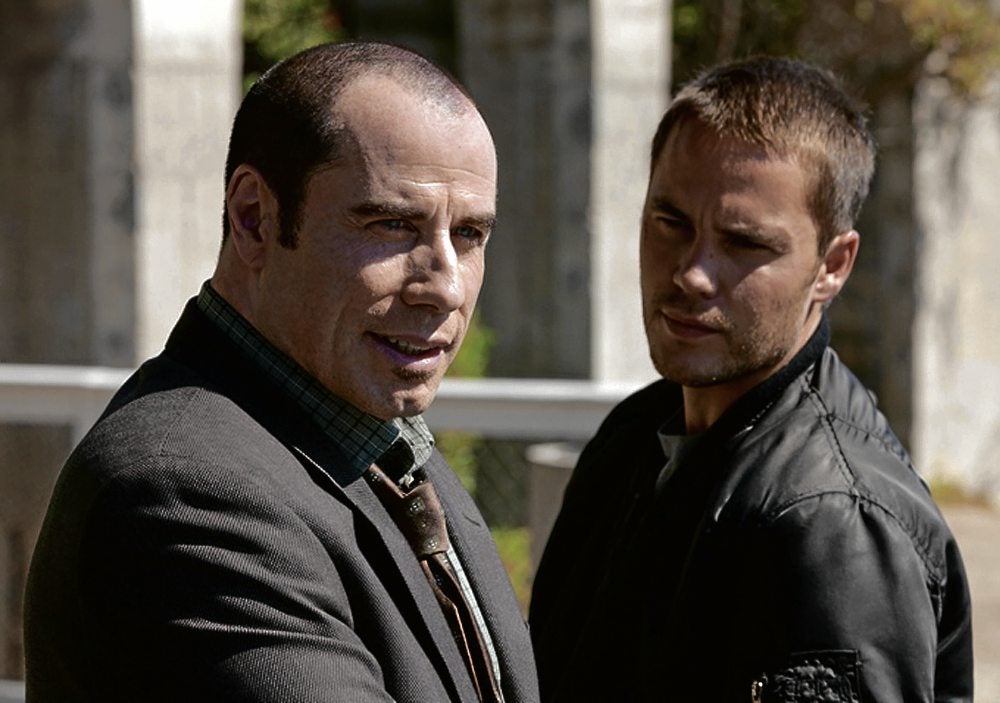 The film is based on Don Winslow’s best-selling crime novel that was named one of the New York Times’ Top 10 Books of 2010.

In the film, Laguna Beach entrepreneurs Ben (Johnson), a peaceful and charitable Buddhist, and his closest friend Chon (Kitsch), a former Navy SEAL and ex-mercenary, run a lucrative, homegrown industry—raising some of the best marijuana ever developed. They also share a one-of-a-kind love with the extraordinary beauty Ophelia (Lively).

Life is idyllic in their Southern California town until the Mexican Baja Cartel decides to move in and demands that the trio partner with them. And so begins a series of increasingly vicious ploys and maneuvers in a high- stakes, savage battle of wills.

From its provocative first chapter to its lyrical last page, Winslow’s audacious novel captivated and stunned audiences and critics alike.

Winslow says the genesis of his best-selling book was an unusual one: “I was sitting at my desk one day in a bad mood and I typed two words, which would become the infamous first chapter of the book. Then I wrote 14 pages in a rush, and I e-mailed them to Shane [screenplay co-writer/executive producer Shane Salerno] and told him, ‘Either these are really good, or I’m just crazy.’ A few minutes later, I got an e-mail from him saying, ‘Drop everything else you’re doing and finish this book while you’re in this voice.’”

Slow’s novel proved that rules are made to be broken, and he ended up crafting several chapters of “Savages” in screenplay form. “I was trying to bust out of the typical confines of the crime genre as it’s been defined lately,” Winslow says. “I threw a few elbows and found moments where I thought, ‘This is better read or experienced as a piece of film rather than as a piece of a novel.’”

Salerno, with whom the author has collaborated for over 13 years, was glad that he had encouraged Winslow to focus his energy into revisiting a world that the author knew quite well. The executive producer explains: “Don wrote what a lot of people consider to be the definitive source on the subject with ‘The Power of the Dog,’ which is the story of the drug war over 30 years—from the formation of the DEA to 2005. He spent six years researching it down in Mexico, Texas and California. This is terrain that he has chiseled his name into, and it’s a world he knows so well. With ‘Savages,’ he was prescient in seeing the business move from the Mexican cartels into California. It’s interesting when real-life events start to mirror your worst fears.”

Not only was the book critically well received when it was published; Stephen King called the sexy, action-filled drama “Butch Cassidy and the Sundance Kid on autoload.” It was fast-tracked into a screenplay.

“Savages” features multiple themes that recur in Stone’s movies: layered power struggles, shifting loyalties, examinations of the best and worst of human nature, explorations of complex family relationships and a compelling look at damaged people, some of whom find their own kind of heroism.

Winslow expands upon the differences in penning a novel versus a screenplay: “Primarily, as a novelist, you have to become aware that, at the end of the day, these are two different media with a lot of different needs, and that can take a little getting used to. For instance, a chapter in a book can accomplish just one thing, whereas a scene in a film has to accomplish two or three things simultaneously. Screenwriting is an extremely demanding artistic form that has to take so many factors into account at once.”