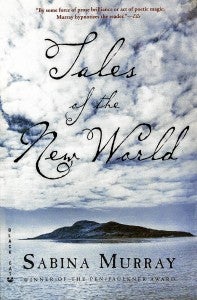 Philippine-American fictionist Sabina Murray is featured in the lecture, “Narrating New Worlds,” in which she will read from her 2011 collection of stories, “Tales of the New World,” today, Feb. 18, 2 p.m., at the Tanghalang Teresita Quirino of the University of Santo Tomas Graduate School Annex building.

Murray, who grew up in Australia and the Philippines, is the author of the novels “Forgery,” “A Carnivore’s Inquiry,” and “Slow Burn,” and the short story collection, “The Caprices,” which won the PEN/Faulkner Award.

Her stories are anthologized in “Charlie Chan is Dead: An Anthology of Contemporary Asian Fiction” and “The Norton Anthology of Short Fiction.”

She wrote the screenplay of “Beautiful Country,” for which she was nominated for the Independent Spirit Award.

She teaches at the University of Massachusetts at Amherst.

Her lecture is part of the Filipino-American Writers and Scholars Lecture Series, organized by the UST Faculty of Arts and Letters, Third-year AB Literature Class, Center for Creative Writing and Literary Studies, and The Varsitarian.