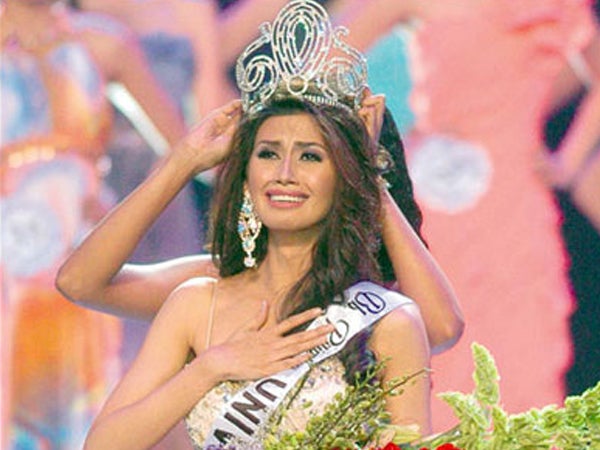 OFF TO COLOMBIA. Pilipinas-Universe Shamcey Supsup will attend training in Colombia before proceeding to Brazil for the big event on Sept. 12. INQUIRER FILE PHOTO

The Bb. Pilipinas-Universe title holder is leaving Wednesday for training in Colombia before proceeding to Brazil for the big event on Sept. 12.

Dianne Necio, who will represent the country in the coming Miss International pageant, expressed admiration for Supsup and exclaimed “I believe she will win Miss Universe!”

Previous Miss Universe bet Venus Raj also expressed confidence her successor would bring honor to the country and urged Filipinos to give her their full support.

“I am aware that there may still be some people who are skeptical of Shamcey. But let us give her a chance to prove herself,” said Raj, who placed fifth in last year’s pageant.

She added: “If they only knew Shamcey personally, they would be surprised to see her dramatic improvement. She’s become a formidable contender—spontaneous, beautiful and able to carry herself with poise.”

Raj cited Supsup’s determination to become the best representative of the Philippines in the Miss Universe pageant. “Once she is given a task, she really does her best. Whether it’s for the family, business or school, Shamcey gives her all. And for Miss Universe, she has no other choice but to give her best, and to be the best,” she said.

Second runner up MJ Lastimosa, agreed: “This girl is willing to learn everything. I know that when you want to show your best and do your best, you become the best.”

“You started from scratch, from zero. You didn’t know how to walk, how to pose, how to approach people, the fans. But now, here you are, showing them that you can become the next Miss Universe. And I am so proud of you!” Lastimosa told Supsup, holding back her tears.

The 25-year-old Supsup assured Filipinos she would not fail them. “One of my greatest traits is discipline. I have shown this throughout my education. I have shown that given a responsibility, I will do everything, whatever I can, to be the best.”

Supsup will undergo additional pageant training in Bogota, Columbia, before flying to Sao Paulo, Brazil, for the Miss Universe pageant.