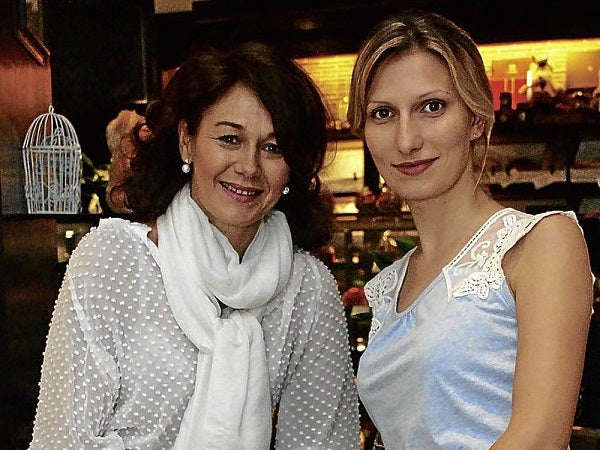 In 1998, Elena (not her real name) was barely 13 when she got pregnant after having been raped by a neighbor. An orphan, she sought solace in a new center for abused girls.

Called Chameleon Association in Passi, Iloilo, it was established by a French volunteer.

Wise for her age, Elena was determined to live a life of dignity by joining Chameleon’s program. Meanwhile, her son was put in the custody of a family from Aklan. Still, she stayed in contact with him. Chameleon then found a sponsor for Elena’s education.

Today, Elena is 27, an overseas Filipino worker who sends money to her son, now 14, through the foster family. She plans to save up so that she could reunite with him.

“I saw these victims in their different stages of life. It’s wonderful to see their success stories,” says Laurence Ligier, founder of Chameleon Association. Abroad it has been lauded for its humanitarian task of protecting and psychologically healing young Filipina victims of sexual violence. More than 600 girls have undergone its program.

“Some have finished college and become professionals or gotten married. They can look you straight in the eye and speak about their past. Some become advocates,” she says.

Over espresso and chocolate pastries at the Mandarin Deli, Ligier recalls how a quest for adventure ended up as a life work. In 1992, a French NGO sent Ligier, then a law student, to Aklan as volunteer to help put up a building for the piña fiber weavers. The following year, she went to Iloilo as a missionary for the Missionary of Assumption to organize educational programs for street children.

In the mid-’90s, there were no shelters for underprivileged children in the Visayas. Boys and girls stayed in the local Department of Social Welfare and Development (DWSD). “They ended up producing more streetchildren,” says Ligier. The social workers expressed the need for a place exclusively for girls.

Ligier bravely sought financial help overseas. At that time, Europe was shocked over the heinous crimes of Jean Dutroux, a Belgian. He kidnapped and raped six girls, and killed four of them in 1994 and 1995. Thinking that Belgium would be sympathetic toward her cause, she approached the Ministry of Foreign Affairs. They agreed on condition that it would provide 85 percent of the funding while 15 percent should come from private donations.

Ligier then approached Sister Emmanuelle, a Belgian-French nun known for her anti-poverty programs. Through the nun’s NGO, Asmae, she was able to get the additional funds to build the first Chameleon Association House.

“We negotiate from the heart,” she says.

In Iloilo, Ligier approached the elite and politicians to ask for free land. Still young and inexperienced, she found it difficult to convince people about her cause. Finally, Mayor Jesry Palmares of Passi City, the largest city in Iloilo, donated land in the countryside for her advocacy.

She explains the name Chameleon: “It’s a lizard that changes color according to the environment. It’s the story of the girls who also change and adapt to a new life for a better future.”

The association has been serving the Western Visayas.

Chameleon opened its doors in 1998 to street waifs and sexually abused children. Ten years ago, the Chameleon focused on the latter. “It’s hard to mix these groups because they have different mindsets and their therapies are also different,” says Ligier.

Sixty-five percent of these girls are incest victims, between the ages of 5 and 20. One-third of the incest victims get pregnant. The average residency in the center is three years where they are given therapy and education.

When they go back to their relatives, Chamelon continues to provide education for them and also family counseling. The DWSD then oversees their integration in the real world.

Ligier set up Chameleon Associations in France, Switzerland and Belgium to get foreign sponsors for the girls. In turn, they frequently write to their donors and strive to keep their grades at 80.

Ligier also established the Juvenile Welfare Association with the Iloilo mayor’s wife and the chief of police. It answered the need to separate the children who shared the cell with the adults. The kids ended up getting raped or abused.

This residential rehabilitation center looks after Children in Conflict with the Law. French Marie Claire magazine came to the Philippines to feature Ligier’s work with them.

The article caught the attention of French television that came to Iloilo to document Ligier’s work with the Chameleon. One day the French National Circus School saw a telecast and wrote to her, offering to teach circus acts as a form of therapy.

After undergoing intense training, over 100 girls learned clown acts, the unicycle, trapeze, juggling, acrobatics and balancing on the tightrope. They perform in malls and universities. Fifteen have received a diploma from the school and can even teach. Chameleon built a 1,000 sq m gym with a 13-meter high ceiling devoted to circus activities.

Chameleon has partnered with other big companies such as L’Oreal, Lacoste, Sanofi, Brother and GDF Suez. There are 60 volunteers who work for one to three years, but only 20 are Filipinos. Of 600 sponsors for the girl’s education, only five are Filipino.

Chameleon works on a budget of P32 million a year. Ligier’s hope is that more Filipinos would learn about this cause and support it.

Ivana Tosic came four years ago as a volunteer. A Serbian national, she is batting for education and raising people’s awareness on child abuse and incest.

“The challenge is that these governments insist that there should be a local counterpart. To raise P10 million, P1.5 million must come from Filipinos,” says Tosic.

Ligier says chef Robert will share his skills at Chameleon.