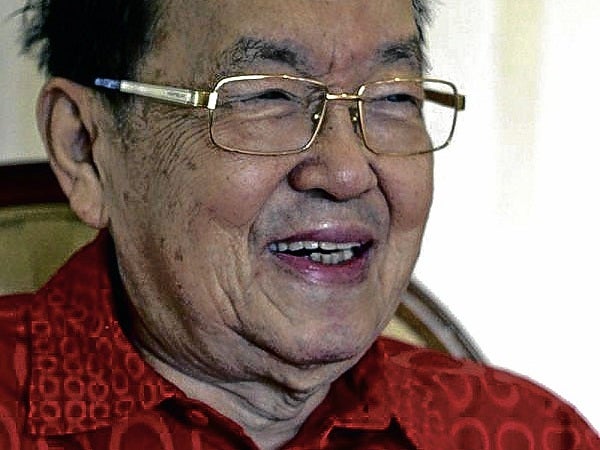 “I DID it because it worked on my wife’s cousin, and because of what I read about it,” says Joe Concepcion of his stem-cell therapy. ALANAH TORRALBA

Jose “Joecon” Concepcion Jr: ‘I’m now a believer in stem-cell therapy. The proof is me!’

Jose S. Concepcion Jr., at 81, still goes to the office daily, and, to his wife’s chagrin, is quite restless and bullheaded, sour if he has nothing to keep himself busy.

“He does crazy things! Like, if he gets hold of a book, he’ll bring it and photocopy everything,” says Marivic Concepcion, who has been married for 56 years to the RFM Corp. chair, Namfrel (National Citizens’ Movement for Free Election) founder and former trade secretary. “He needs a caregiver but he won’t allow it. He could fall!”

Her husband, however, insists he feels “excellent.” “I feel so good when I wake up. I don’t feel tired,” says the activist known to many as “Joecon.”

Concepcion attributes this renewed strength and vigor to a procedure he had undergone not long ago, and of which he has been a vocal and unpaid advocate: stem-cell therapy.

The tycoon received his treatment from a German doctor named Christoph Ganss, who comes to the Philippines every three or four months to speak about his company and the benefits of stem-cell banking, according to the Concepcions. Ganss is the founder of Ticeba (Tissue & Cell Banking), a tissue bank for stem cells and laboratory in Heidelberg.

The couple heard of Dr. Ganss from Ms Concepcion’s cousin who underwent the treatment in Germany.

“My cousin’s heart was so bad. She has had heart attacks and doctors have given up on her,” she says. The cousin was receiving hormone therapy from Dr. Rex Gloria of the Asian Institute of Longevity Medicine, Ticeba’s local partner.

Seeing the astonishing effects of the stem-cell infusion on their relative, the Concepcions were convinced to attend one of Dr. Ganss’ talks. “Suddenly, my cousin who was practically bed-ridden is now able to travel,” Ms Concepcion says.

Even as they were already somewhat swayed, the husband still had doubts. “I cross-examined Dr. Ganss like no other! And I read a big, thick book on stem cell. I’m now a believer. The proof is me!” he says.

The first time he heard of stem-cell treatments was in Switzerland in the ’50s. “But they got it from the lamb,” he says, grimacing.

Concepcion has been suffering from diabetes for many years, and his blood pressure was a little high, according to his wife. He takes maintenance medicines. But the main aim of the stem-cell therapy, she says, was to prevent dementia.

“They say that depends where (the stem cell) goes. But his blood pressure is okay, his blood sugar not so bad. And his meals could sometimes be entirely of sugar because of the dessert table. He seems to be more alert compared to his twin brother Ronnie (Raul Concepcion). They find a difference. So Ronnie is also getting it in April.”

In July 2011, Dr. Ganss excised a tiny piece of skin (biopsy), about the size of a coin, from Concepcion’s hip. The skin was brought to Heidelberg for cell cultivation and multiplication. A few weeks later, they were informed that the cells “stopped growing,” so the procedure was repeated on the doctor’s next visit.

By January 2012, Concepcion received his first stem-cell infusion, done intravenously, with the second and third done in May 2012 and last January.

The procedure is done on an outpatient basis. (“After his last infusion, he went to watch ‘Les Miserables,’” says Ms Concepcion.) The treatment cost them the equivalent of P1.5 million.

Eventually, Ms Concepcion, who had high blood pressure, was also convinced to go through the procedure after speaking to another patient who swore her own blood pressure dropped.

“I’ve had two infusions. It hasn’t really gone down yet,” she says. “Maybe it’s case-to-case.”

She also mentions a female patient who underwent the same procedure at the same time as her husband. “She was almost blind, but now she can see.”

As for her husband, he says the treatment “strengthened” him.

Concepcion admits all could be placebo effect. “I feel stronger, and maybe it’s psychological. But Dr. Ganss has a databank of people who have had it. I don’t think people would be doing it if it didn’t work.”

Concepcion’s doctors aren’t, however, impressed with the treatment. “He still goes to his doctors, but they don’t believe in stem cell,” says his wife. “They say enhancers are put in and they could cause cancer. But Ticeba doesn’t do that. This is the safest around. Dr. Gloria explained all the differences.”

(Unlike her cousin, the Concepcions skipped the longevity hormone treatment offered by Dr. Gloria’s clinic.)

Ticeba, according to its website, banks healthy stem cells for future “tissue engineering.” “With the help of tissue engineering, it will become possible to ‘repair’ body tissue and organs with adult stem cells and thereby restore their natural function or maintain them over longer periods than previously possible,” Ticeba writes.

It adds, “In the future, tissue engineering, the reconstruction of organs or organ parts, will produce further and better approaches for the treatment of diseases in widely differing fields. Marred cells or cell structures are thereby renewed so that organs are able to again carry out their original function. One of the next steps will be the growth of whole organs and organ parts.”

This could become beneficial for patients who have suffered a stroke or heart attack, or are suffering from multiple sclerosis, diabetes, muscle dystrophy, Alzheimer’s or Parkinson’s disease.

Ticeba’s way differs from other stem-cell therapies being offered here in that it uses skin stem cells.

Skin, Ticeba’s website says, is “pluripotent,” or is capable of developing into any type of cell or tissue. “They rejuvenate or repair organs by replacing defective cells. Today, pluripotency could only be shown for skin-derived stem cells. Stem cells from other sources such as blood or bone marrow have not been proven to be pluripotent yet. Because of that, the skin is the ideal source for stem cells to ensure a life in health.”

Stem-cell banking is essentially a way to back up one’s healthy cells for future use.

One aim of Concepcion’s procedure was to strengthen his bones, says his wife.

Apart from minor dietary transgressions (he has a sweet tooth), Concepcion faults his lack of exercise as the cause of his previous debility.

“I do simple calisthenics. But probably that’s one thing, I don’t walk around much.” His wife does wai tan kung, a Chinese exercise, “only if I wake up early,” she says.

Concepcion, in fact, still seems quite sharp, passionately speaking about his optimism for the 2016 elections and Namfrel’s role and goals; his “disappointment” with President Aquino’s handling of the passage of the RH bill (Concepcion served as trade secretary under the President’s mother); his thoughts on the prospect of a Filipino pope (“The Philippines is a Catholic country and it’s the only Catholic country that counts… Maybe God will decide that it’s time for a Filipino pope to be a symbol of Catholicism. The more Catholic Filipinos will become”); and even the possibility of once again serving in the barangay level.

Why he’s not slowing down

“By nature, I am a fighter,” he says when asked why he’s not slowing down to enjoy retirement. “What drives me is that I know that if we work together, we can build a great nation. In 2016, we will ask the candidates to sign a document with Namfrel, that they will implement their platforms. They bind themselves to us. They should be held accountable. It’s to keep them on their toes. They voted for you not just as an individual but for your platforms!”

Concepcion, a compulsive note-taker, is armed with scribblings as he sits with us for this interview. His son, Joey, now manages “everything” in the company “but I take care of the foundation.”

He is, however, technologically challenged; he only uses the computer as a “typewriter,” says his wife. A secretary prints out his e-mails. He can’t text, though he voice-records instructions to his staff. He hopes, however, to learn how to use the iPad “because it’s big.”

The Concepcions have so far not opted to bank their stem cell, even with a standing offer of a discount.

“The third [infusion] is more than enough already! I’m too active. I told Dr. Ganss I should receive a commission because so many have gone to him after hearing about me,” Concepcion says with a laugh.