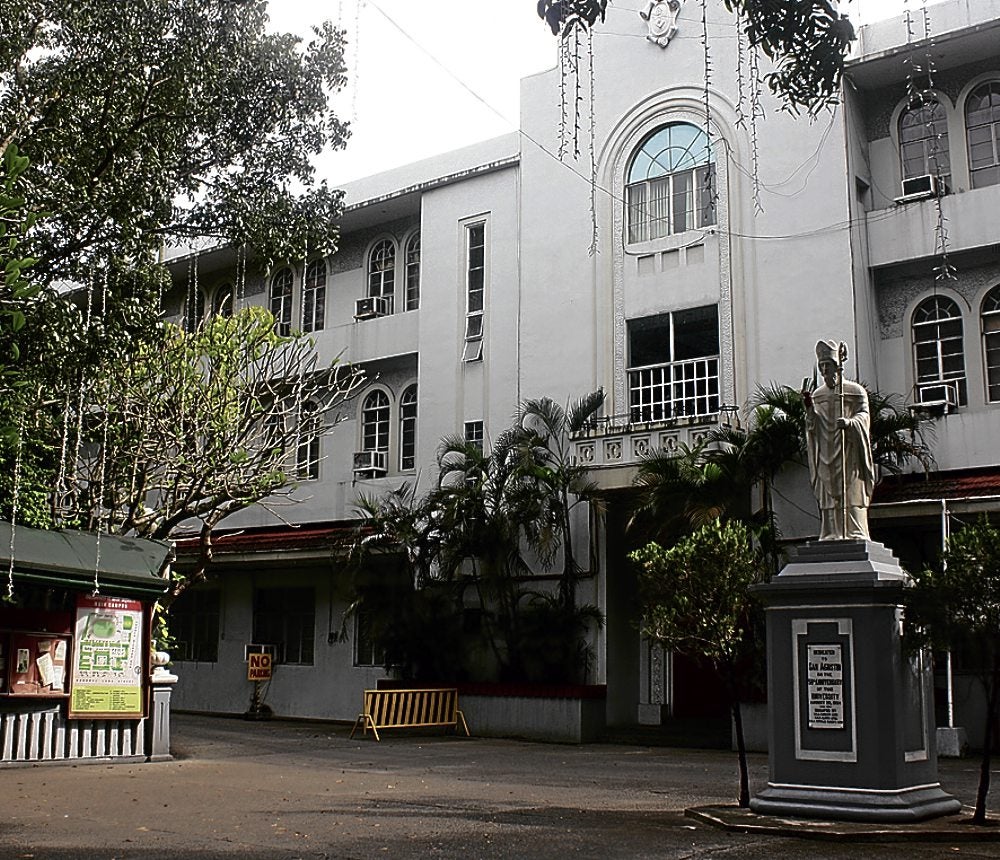 FAÇADE of University of San Agustin with statue of St. Augustine of Hippo.

At over 100 years old and Western Visayas’ first and oldest university, the University of San Agustin (USA) in Iloilo is focusing on heritage and history, especially the conservation of the cultural patrimony of the Augustinian institution and of the Church and people of Panay island.

The focus will be evident in USA’s celebration of the 60th anniversary of its declaration as a university on March 1. Cebu Archbishop Jose Palma, the president of the Catholic Bishops Conference of the Philippines (CBCP), will be the main celebrant of the thanksgiving Mass at 9 a.m. at the university gymnasium.

Fr. Harold Rentoria, OSA,  vice president for academic affairs and former commissioner of the National Commission for Culture and the Arts, said the festivities would  be “a commemoration of the past, a celebration of the present, and a commitment to the future.”

USA was declared a university such by the Philippine government on March 1, 1953. As a memorial, USA will construct the Garden of Firsts, a gallery of leaders, events, and innovations that have contributed to the welfare of society.

Historical markers will also be mounted near the Urdaneta Hall, built in 1939, the oldest intact building inside the  campus, which survived World War II.

A cultural mapping of the university will also be a highlight of the anniversary, which will be complemented by seminar-workshops on cultural heritage.

The friars of the Order of Saint Augustine (OSA) established the Colegio de San Agustin de Iloilo on July 15, 1904.

Part of the celebrations is the opening of the new university archives and museum, which showcases antique wooden items, such as religious icons; earthen glass and ceramics from ancient China; and pre-Hispanic artifacts.

The archives has a priceless collection of microfilmed baptismal records that span from the Spanish era up to 1946. The Genealogical Society of Utah and the Archdiocese of Jaro donated the documents to the university in 2001.

The archives also has the first book on grammar of the Hiligaynon language, written by Fr. Alonso de Mentrida, OSA, and published in 1628.

USA has also embarked on the publication of notable works. It has published a translation of the “Monografias de los Pueblos de la Isla de Panay,” written by Fray Juan Fernandez, OSA, and published in the beginning of the 20th century; it’s a valuable historical reference on the towns of Panay. This project received a significant report from the Spanish Embassy’s Office for Cultural Cooperation.

Having hosted the National Youth Camp on cultural heritage of the National Commission for Culture and the Arts in 2012, in which a hundred youth delegates heard lectures from advocates of arts and culture, the University of San Agustin continues its youth and heritage advocacy through the Agustinian Youth Heritage Camp.