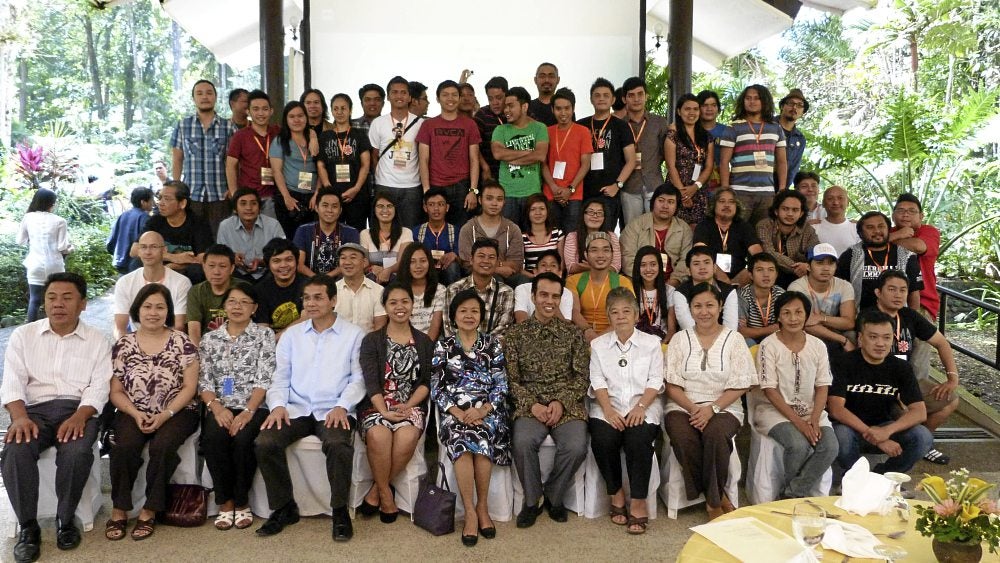 The increasing regionalization of Philippine cinema is reflected in the annual Cinema Rehiyon of the National Commission for Culture and the Arts (NCCA).

The flagship project of NCCA’s National Committee on Cinema for the Philippine Arts Festival during National Arts Month, Cinema Rehiyon’s fifth edition was hosted by University of the Philippines Los Baños Feb. 5-8. Some 88 films from all over the Philippines were featured.

Organizers noted that regional cinema continues to be redefined.

“The definition that we have started is that regional cinema is cinema done by a resident of a particular region,” said film scholar Mike Rapatan, head of NCCA cinema committee. “But because regional cinema in the past few years has been evolving and  dynamically growing, we’re seeing that there are probably other markers of regionalism in regional cinema.

“As of now, I think we can just comfortably say that regional cinema is a way of thinking about how to express your identity and to give equity to that identity as part of the nation, using the regional film.”

Teddy Co, Cinema Rehiyon curator of Luzon films, said regional filmmaking had matured and could “now legitimately claim its position as the third leg in the triad of Philippine filmmaking: mainstream, independent and regional.”

Rapatan said  the digital revolution had resulted in the democratization of cinema. This in turn has aided regionalization, allowing filmmakers from the provinces to come up with movies that better reflect the culture and conditions of their immediate environment.

“I think we’ll be seeing more [regional films], but I also think that’s because we are getting to have a deeper realization of who we are as a country, and Manila does not define the country, and that there are just as important things to say that are happening outside the capital,” Rapatan explained.

Veteran filmmaker Peque Gallaga, whose new short film “Bayi sa Aparador” was screened during the festival, said  Cinema Rehiyon allowed filmmakers to showcase stories “from where they came from.”

“It is part of our heritage to tell our story,” he added, “and the fun part is, what’s not hateful but sad, that Manila is the only one allowed to tell their stories. Or if you are from Batangas, or you’re from Davao, you come to Manila and then you tell it in the Manila way.”

Writer and filmmaker Teng Mangansakan, Cinema Rehiyon curator for Mindanao, noted the negative portrayal of Mindanao by other writers and filmmakers.

“As a filmmaker and writer from Mindanao, [our films] are written from the context of our own experience,” he said. “That is why some filmmakers who really are from Mindanao are quite apprehensive about writing about our cities. A lot of writings, not only about film but also on Mindanao, have been done to really diminish us and to make us really bad and put us in a negative way.”

Mangansakan said movies by Mindanao filmmakers sought to foster a better understanding of their culture.

“Without understanding how we are from Mindanao, how we live in Mindanao, how we behave and how culture dictates us, writers could actually reduce us to something that we are not, and that is very crucial.  The assumption has always been the assumption of the center—the assumption of Manila,” Mangansakan said. “[It is] because majority of the writers are from Manila, and only a few critical writings are done on Mindanao cinema. Habang dumadami ang regional films, you should also have to see the urge to increase the writing on regional cinema.”

Philip Cheah, from the Network for the Promotion of Asian Cinema (Netpac), said Indonesia and Thailand also had active regional cinemas. But the Philippine regional cinema is more organized and focused.

“The Philippines is unique in one thing, because in this regional consciousness that you have, it is very focused and very organized,” he said, “because you get to have the state funding these kinds of events, and I’ve never seen anything so organized.

“We are at the point where there is a high level of regional consciousness. So that’s unique because the movements are individualistic.”

Some 10,000 viewers flocked to the two screening venues, the Dioscoro L. Umali Auditorium and Southeast Asian Regional Center for Graduate Study and Research in Agriculture Auditorium.

The late filmmaker Celso Ad. Castillo was honored in the short documentary “The Gospel according to Da Kid,” by Gorio Vicuña. It was the festival’s opening film.

It was followed by the documentary “Rochel.” Directed by Matt Baguinon, it narrates the case of Rochel Geronda, the 14-year-old Los Baños student who was found raped and murdered last year.

Films earlier featured from other festivals were Cinema One Originals’ “Catnip,” by Kevin Dayrit, which was part of the Luzon program; and Christian Linaban’s “Aberya,” part of the Visayas  program.

Katrina Ross Tan served as this year’s festival director, with curators Co for Luzon, Gabby Fernandez for Visayas and Mangansakan for Mindanao.