Can’t throw it, sell it, or give it away? Then put it in storage | Lifestyle.INQ ❮ ❯ 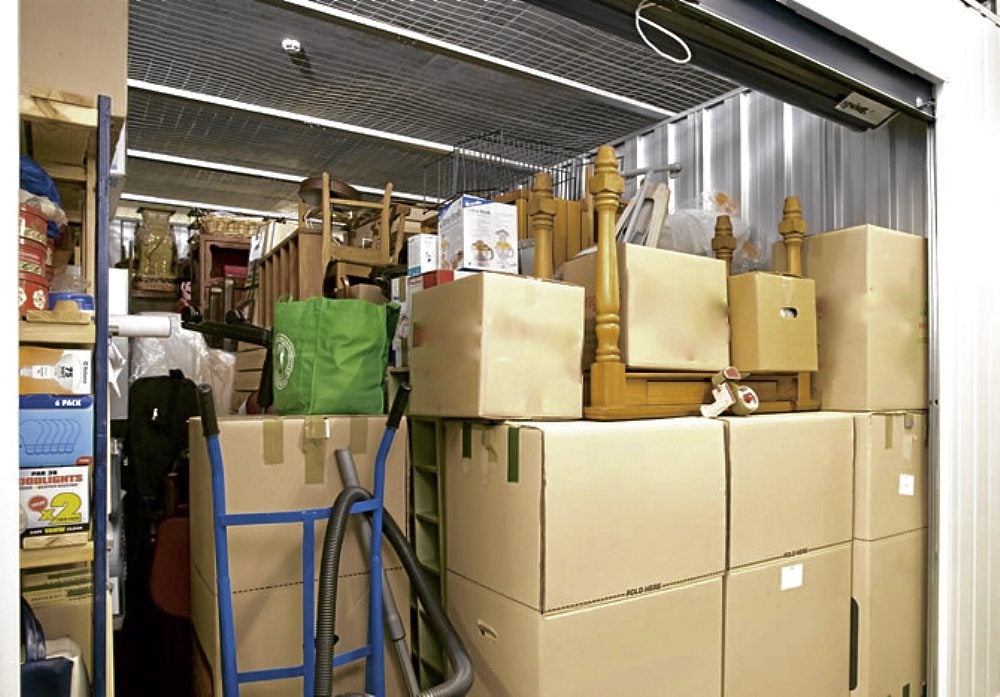 Can’t throw it, sell it, or give it away? Then put it in storage

Filipinos’ propensity to hoard and hold on to objects for sentimental reasons, even in the often cramped space of urban condo living, has been a boon to the self-storage business of Macky and Carlo Coronel.

The brothers, who set up their company, Safehouse Self-Storage and Moving, in 2010, are local pioneers in this business that’s quite popular in countries like the US.

Self-storage essentially means renting a secure space for the safekeeping of one’s belongings that can’t be accommodated in one’s living or work space. It’s a personal warehouse.

The demand for self-storage has increased exponentially in the last couple of years, such that the Coronels had to multiply the number of their storage units. When they started, they had only 16 units available.

As Filipinos become more familiar with the concept, the brothers get more inquiries from corporate clients, says Macky, 30, though their occupancy is composed of 60 percent individuals and 40 percent corporate.

“Security is a major concern for first-time clients,” says Carlo, 26. “We assure them that we have security guards in the facility 24/7, as well as CCTV cameras in all access points. Each client has his or her own padlock, and they’re given an access card when they sign the contract. Without it, you can’t get in.”

Clients are required to sign a logbook when they come to the facility in Taguig, about 10-15 minutes from Bonifacio Global City. The company also conducts random checks of items and boxes being brought to the facility. “We want to make sure they’re not illegal, like drugs or firearms,” says Carlo.

Most of their individual clients have been storing furniture. “Say, they’re renovating their home,” says Carlo. “We have yuppies and upstart entrepreneurs who store their inventory.”

Some international airlines with small satellite offices here have units for their office equipment. (Soon, the company will integrate records management in its services.) Other clients include restaurants and salons.

“Our core family business is real estate,” says Macky, referring to Panorama Development, a build-and-sell developer that also leases warehouses. (Dad Edgar Coronel is former president of Cinderella Marketing Corp.) “If the client’s need is below 500 sq m, Safehouse takes care of it.”

Given the demand, other companies have also set up similar facilities, according to the brothers. “Self-storage is an easy concept to copy, but ours is highly personalized service. Our staff cascades it straight to us,” says Carlo.

“If you ask for an estimate or proposal, we can send you one within the hour, or the next day the latest,” says Macky. “We’re really the first to offer this kind of service. The existing ones before had a different concept.”

Competitors, the brothers say, pack stored items in lift vans, not in individual units like Safehouse. “When you have to access your items, you pay a fee to open the lift vans, which is inconvenient. With us, you can come and go anytime, add more items anytime as long as they still fit in your unit. In others, you add an item and you pay an additional fee,” says Carlo. Safehouse, however, charges a fee for after-hours access.

“We see a huge potential in this business,” says Macky, who adds there are plans to build similar facilities in Quezon City and Makati. “There’s a continuous demand, so we also construct continuously.”

A unique service of the Coronels is the packing service, charged per cubic meter, coupled with trucking service. “We require items to be packed a certain way, or we ask them to get an insurance,” says Carlo. Safehouse conducts pest control quarterly “so clients don’t have to worry” about vermin getting into their stored items.

Being real-estate developers themselves, the Coronels are all too familiar with the dilemma of urban dwellers: Every square feet of condos is sold off as living space, with little or no provision for storage.

A cultural trait has also been a windfall for the brothers. “Filipinos don’t want to throw things away. We’re hoarders. And that’s our market,” says Macky. “The condo units are getting smaller and smaller. The better for us.”