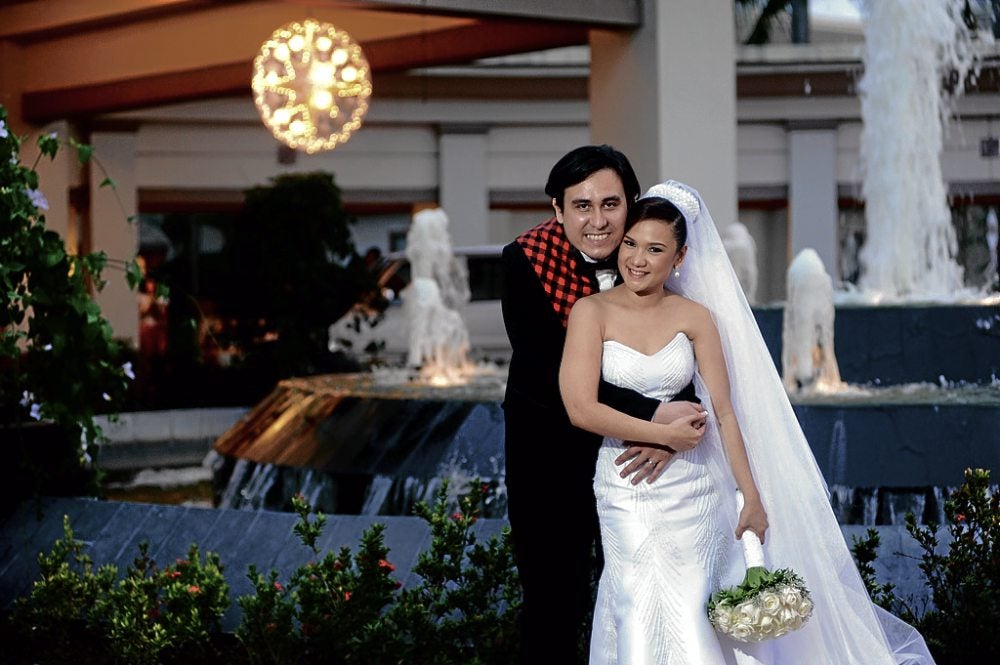 When it comes to weddings, there will always be waterworks from family, friends or the newlyweds themselves. But there was something different about Anton and Sheryl’s nuptials.

The air was filled with giddiness, cheer and laughter. Maybe it’s because their story, although quite simple, was pretty amusing.

Imagine this: You’re working in an advertising agency and just minding your own business. You get relocated to a desk across a colleague you rarely talk to. A few years later, you’re still not that chatty with your neighbor. Would you ever believe you’d be married in a few years’ time?

This is why the ceremony and reception of Anton and Sheryl were full of smiles and laughter. Their love story was serendipitous. Neither of them was looking for love, yet love found them.

Each day since they began dating, Anton and Sheryl grew more sure that there was something magnetic about the other. While many go looking for love, get set up on blind dates or even go online for a virtual matchmaker, Anton and Sheryl trusted time to decide who their soul mate should be.

Last December 26, they officially began the rest of their lives together.

The relationship had been smooth all these years, but a challenge was yet to come. The wedding was meant to be a fusion of Sheryl’s Filipino roots and Anton’s Scottish-Filipino heritage which came from Wilfred Gregory, his late father, a Scottish national.

Mothers Marilyn Flores and Toni Gregory-Palenzuela sat side by side during the ceremony, as did Conrad Flores and Lino Palenzuela, who Anton fondly considers his “adopted father.”

To add to the stress of wedding planning, the ceremony and reception were set in the busiest season of the year: Christmas. Rita Neri Event Planners pulled out all the stops and orchestrated the wedding without a hitch.

On the team that made Anton and Sheryl’s day flawless were designers Rajo Laurel and Joel Escober. Laurel took care of the Scottish side of things and the bride’s flawlessly crafted gown, while Escober gave the wedding its Filipino touch with ternos for the entourage. The bride’s makeup was by Gela Laurel Stehmeier.

Once the ceremony at St. James the Great Parish in Ayala Alabang had wrapped up, guests were guided to the Palms Country Club for the reception, where Filipino lechon and Scottish haggis greeted the guests at the cocktail area. 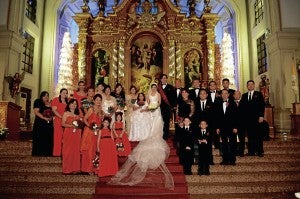 At the ballroom entrance, the first thing that caught the guests’ eyes was a pristine white tower, a cake custom-designed by Penk Ching. It went with the centerpieces and décor by Czarina Ledesma of TEA. The food, by Palms’ general manager and executive chef Hans Neukom, was Scottish-Filipino.

The rest of the evening was spent dancing to the beat of the Brass Munkeys.

The wedding may have been a fusion, but it worked well only because Anton and Sheryl were two of a kind. It simply took them a little time to discover it—but we’re so glad they did.