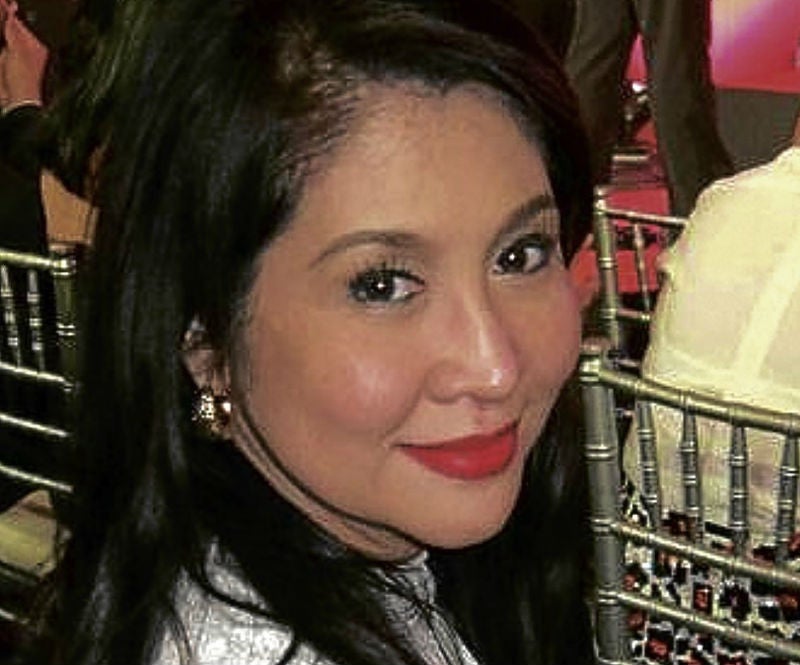 The new normal: Don’t get mad, get a product endorsement

Suffer a heartbreak, then sign on the dotted line. That seems to be the new normal these days. So it shouldn’t have shocked those who saw the new Olay TVC—the first in a series of “webisodes”—with socialite and newspaper columnist Mons Romulo chatting with TV host Boy Abunda about the breakdown of her 21-year marriage.

We’ve seen it before: Remember Janice de Belen playing a pun on ex-husband John Estrada’s name in an old TVC, exalting the product as reliable and trustworthy? Estrada left the actress-TV host for another woman, though De Belen got her revenge—well, somewhat—with a product endorsement. They had four young children who lived with her.

What was perhaps most surprising about the Olay TVC, though, was Romulo herself. She’s not show-biz but high society, the kind whose polished, coiffed images you’re likelier to see in Tatler than in Yes! Magazine.

She also comes from a prominent political clan. In short, she’s not the kind you would expect to air her dirty linen in public, much less to cash in on it.

Romulo admits she felt a momentary “fear” when she accepted the Olay offer. She expected people to question her motives. It wasn’t revenge, she stresses.

“My main reason for accepting the Olay TVC is the hope that my story can help men and women who are going through a broken heart,” she says. “Everyone goes through a heartbreak. I’m not excluded from heartache, despite my family background.”

Romulo’s marital issues were a front-page story a couple of years ago when she admitted that she and her husband of 21 years have separated. She alleged he was cheating on her with another woman, a friend and also a socialite. (Romulo’s marriage is in the process of civil annulment.)

“I’ve forgiven my ex and that woman,” Romulo says. “And there’s no point in keeping mum about it since they’re flaunting their relationship. They go to Mass together.”

She didn’t consult her family about the TVC, but she did ask her kids’ permission—she has three children, two of them now college-age—and they were supportive of their mother.

“My dad (former Foreign Secretary Alberto Romulo) and brother Roman (the Pasig representative married to Shalani Soledad) are very conservative. I know that if I had asked, they would’ve put their foot down. But I have my own mind. And in the end, they would support me no matter what,” says Romulo.

Neither her family nor her former in-laws, with whom she remains cordial, have given her any feedback about the TVC.

Romulo says she has channeled her energies to helping women in depressed areas. She also volunteers in a hospital dealing with cancer patients.

“I reach out to others to help my pain,” she says. “When I see these other women, I realize I’m still lucky. I see the problems they have to deal with: no money, no food. Some are terminally ill. My problems are nothing compared to them.”

Since her ex was the breadwinner, life was financially hard in the beginning, according to Romulo, who has since found her footing and is working again.

“I realized, you don’t really need so much to be happy,” she says. “I no longer feel like I’m a victim. I’m happy where I am.”

“We chose the women with beautiful personal stories and experiences that we thought would inspire other women who may be going through the same challenges or situations that were equally as difficult or stressful,” says Anna Legarda-Locsin, brand communications manager of Procter & Gamble, the makers of Olay.

“The stories are very inspirational because they share how these beautiful women became better, stronger and fearless to face new challenges precisely because of the pain or hardship they went through.”

Legarda-Locsin adds, “For Olay, it is not necessarily always about the popularity of the ambassador, but more the beauty of their stories and passion for the brand and its purpose.”

Olay will roll out its “Olay Conversations” webisodes every two weeks. (They can be viewed in full on www.youtube.com/ OlayPH.)

Abunda will be seen chatting with show-biz personalities Bea Alonzo, Priscilla Meirelles, Denise Laurel, and another socialite, Crickette Tantoco of the family that owns Rustan’s.

“We believe that our audience would be more inspired by the richness of the story, the challenges or experiences, and triumphs of the women we featured—whether they are private people or more popular actresses,” Legarda-Locsin adds.

When it’s pointed out that Olay’s new marketing campaign seems like a complete 180 from its past campaigns where, for instance, the brand was careful not to have longtime endorser Miriam Quiambao’s failed marriage brought up in interviews, Legarda-Locsin simply says: “Miriam’s personal life was completely unrelated to the campaigns we were doing then. And as mentioned, we will always respect the personal lives and stories of our ambassadors, and of any woman, in fact. So in a sense, ‘Olay Conversations’ should not be viewed as a ‘complete 180’ in that respect.”

Olay, admittedly, has a clever hook, pointing out that “changes in lifestyle and societal trends, globalization, financial pressures, relationship and career stress have resulted in an upsurge in stress levels” that impact skin aging, and women tend to overlook these, merely believing their beauty cream doesn’t work, or doesn’t work fast enough.

The brand denies “exploiting” the personal travails of its five new endorsers to get this message across.

“Every story has different angles,” says Legarda-Locsin. “We chose to focus on the beautiful, positive and inspiring facet of each of the women’s stories. We chose to have a purpose of helping other Filipino women claim their beauty inside and out with the help of the fearless women on ‘Olay Conversations.’ It is this choice that made it easy for our guests—whether show-biz figures or private individuals—to trust Olay and partner with us. They understood that the goal was very inspiring and empowering, they trusted that the Olay team and Boy Abunda would treat their personal stories with respect.”

Having the upper-crust women Romulo and Tantoco in the campaign doesn’t strictly mean Olay is out to target women used to buying super-expensive face creams; Olay is often put alongside prestige brands, claiming it delivers results at a fraction of the prices of high-end brands. The target market, says Legarda-Locsin, is “any woman who wants proven, effective, premium anti-aging products.”

Romulo has already received positive feedback from women on the streets. Her brother’s constituents in Pasig have expressed their support of her, she says.

“They said they’re proud of me. It showed them that our life isn’t perfect. We become more human in their eyes.”

She also expounds on the points raised in her webisode, most shocking of which is her admission that she knelt before her husband to beg him to stay.

“I humbled myself,” Romulo says. “It was to save my family. It was for my children. I wanted them to live with a mom and a dad. I don’t regret doing it. In fact, I recommend it. It’s so that, in the end, you know you did everything you could.”

Romulo says she even told her husband she would recognize and welcome a nine-year-old child he fathered with another woman, a fact she learned only when they were already on the outs.

Incredibly, she also says she will still be there for her ex if he needs her. “I will take care of him if he gets sick in the future,” says Romulo. But make no mistake: She doesn’t mean she wants to get back together with her husband.

“I’ll be there as his friend. He’s the father of my kids,” she explains. “There’s no more love. Namamatay din pala ang love, especially if there’s disrespect. My pain was four times because I had to carry my kids’ pain.”

The experience, however life-changing, hasn’t made Romulo cynical, though going through a messy annulment has made her in favor of divorce, she says with a laugh.

“My brother Roman will get mad at me for saying that… I found out, your spouse can become your worst enemy. They know too much about you and they will use it against you.”

She adds, “Live for yourself. Love yourself first. I’m not closing my doors, but I might think twice about getting married again.”

Her advice to men and women in the same situation: “Move on if you’re no longer happy. Maybe your happiness is in being alone or in being with someone else. Don’t hang on to the past.”