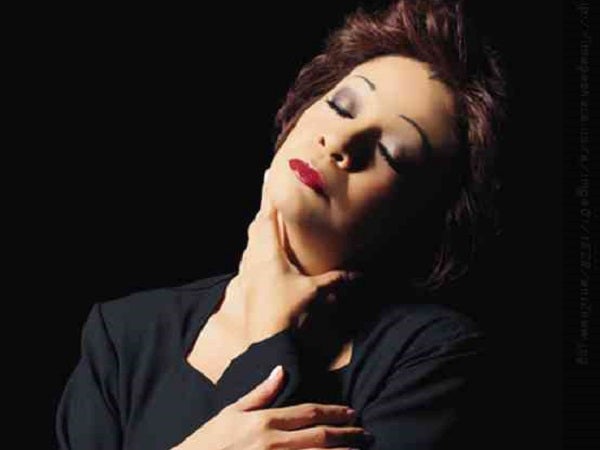 PINKY Amador as Edith Piaf: “I actually got to a really dark place that I never thought even existed in me…I almost had anxiety attacks. Because it mattered so much to me. There’s a lot to prove.”

It is late afternoon in a dance studio in Makati, where the cast of Atlantis Productions’ “Piaf” is winding up rehearsals for the day. The play, which premiered Friday night at the Carlos P. Romulo Auditorium of RCBC Plaza, has occupied the mind of its lead star, Pinky Amador, for a good number of years.

She’s been wanting to portray Edith Piaf—widely regarded as the greatest popular singer in France—after seeing Joy Virata play the character some 25 years ago in a Repertory Philippines production of the original 1978 script by British playwright Pam Gems.

“I told myself that when I’m older, I’d love to do this role,” says Pinky, who was also in the cast of the same Rep production, but only as a bit player.

In 2007 Pinky made a pitch for Rep to do “Piaf” again, but was told that the staging rights was expensive, the cast too big and the script too long. She made another proposal in 2011, this time to Atlantis’ Bobby Garcia, who also thought the script’s running time at two-and-a-half hours would test the audience’s patience.

But things fell into place when Bobby, on a trip to London last year, found a shorter version of the script, which Pam Gems herself revised for a 2008 revival of the play which starred Argentine actress Elena Roger—who went on to win the 2009 Laurence Olivier Award for Best Actress in a Musical.

“So Bobby calls me and says, ‘Ito na yung hinihintay mo (This is what you’ve been waiting for),” recounts Pinky.

As musical director Ceejay Garcia makes another run-through of some songs from “Piaf” on the piano, with the cast that includes Giselle Tongi-Walters and Ima Castro singing along, Pinky sits down with

Inquirer Lifestyle to explain why doing the play has now become the most important project of her career.

She notes that she had to prepare long and hard to portray the complex, tragic and real-life character that was Piaf. To give justice to the role, she took French lessons, voice lessons, a lot of research on Piaf including a trip to France, and working out for stamina.

Pinky is not exactly coming in from the cold—having learned the ropes of acting on stage at Rep, whose founder, Zeneida “Bibot” Amador, was her aunt.

“Tita Bibot literally held my hand through everything,” says Pinky. “I think she saw my genuine interest in theater.”

But though she went on to do 40 plays in four years at Rep, take a master’s course in stage acting at the Bristol Old Vic Theatre School in England, join the cast of the original West End production of “Miss Saigon,” among other theatrical credits, Pinky says the thought of playing Piaf almost gave her anxiety attacks.

“This is the fourth time I’m studying the French language. Luckily this time naintindihan ko na (I now understand it),” she says, laughing. The problem, she points out, is she doesn’t get to speak French on a daily basis especially when she’s busy doing other projects, like acting on local TV soap operas. “It’s good that there is now a French TV channel on cable.”

But she has always been fond of France, having been there several times while doing “Miss Saigon” to see a friend who used to live in Paris.

“I love French music and culture,” she declares.

To further hone her singing voice, Pinky took lessons under Kitchie Molina, chairperson of the Voice and Music Theater Department of the University of the Philippines Diliman.

“Singing in French is totally different,” Pinky says, “because of the guttural ‘r’ sound. How do you sing in that manner? You’re not supposed to, di ba? Kasi masisira boses mo (you will damage your voice). And I wanted to get the accent down.”

For research material, she says Bobby found a good Edith Piaf autobiography, “No Regrets”; a good friend of Pinky gave her a copy of that book.

“I’ve also been listening to her songs every day since last year,” she says. She likewise watched vintage performances of Piaf captured on film and uploaded on YouTube.

She looked for the place where Piaf lived, the theater she performed in, spoke to musicians who either watched her or played with her. “I spoke to a Filipino woman who was then a member of the Bayanihan (dance troupe) and who met Piaf,” recounts Pinky. The Pinay had performed in a theater next to the one where Piaf was the star.

Pinky and Bobby went to the extent of visiting Piaf’s grave at Pere Lachaise Cemetery in Paris.

“I need to get it right,” says Pinky, “because I’m playing a character who actually lived. I did everything except watch the film (2007’s ‘La Vie en rose’ which starred Marion Cotillard who won Best Actress in the Academy Awards).”

But Pinky adds that she’s not out to copy Piaf, which is impossible. “For me, what’s important is to get the essence, like the way she would roll her ‘r’s,’ enunciate, her movements.”

But nothing prepared her, Pinky confesses, for the time she doubted whether she could actually do the role. While doing research, she felt insecure and couldn’t sleep at night.

“I actually got to a really dark place that I never thought even existed in me… I almost had anxiety attacks. Because it mattered so much to me. There’s a lot to prove.”

What makes things more difficult for Pinky, she points out, is that “Piaf” has no musical score. “There’s just the script and instructions on what song would play. And there are more songs, 25 of them!”

On why Filipinos should watch “Piaf,” Pinky says that, 50 years after the French singing icon’s death at age 47, the world is still moved by her songs, the most famous of which is “La Vie en rose,” whose lyrics she also wrote.

“She had an exceptional voice, like Maria Callas. It wasn’t a beautiful voice, nor was it lyrical, but it conveyed so much emotion and feeling. It’s just the most amazing, powerful, raw, real voice. It spoke to people.”

Pinky, who’s celebrating her 30th anniversary as a performer, adds that she’s now conscious of her health since her elder brother, Manny, died of heart attack at age 49. She exercises regularly, drinks lots of water, eats the right food, and makes sure she has enough sleep.

“The fact that you’re doing live shows means you have to be on the ball, have a certain amount of energy,” she says. “I used to eat everything, but not anymore. Less carbs. Since doing rehearsals for ‘Piaf’ for four weeks, I’ve been having my food delivered by Diet Diva. I don’t drink (alcohol). Hardly. I’m hyper-acidic. I have acid reflux in the throat. I drink water with lemon para maging alkaline.”

If she has any secrets to maintaining a youthful appearance, Pinky smiles and says she’s proud that “there’s not a stitch on me yet. Not yet.” And then she breaks into raucous laughter.