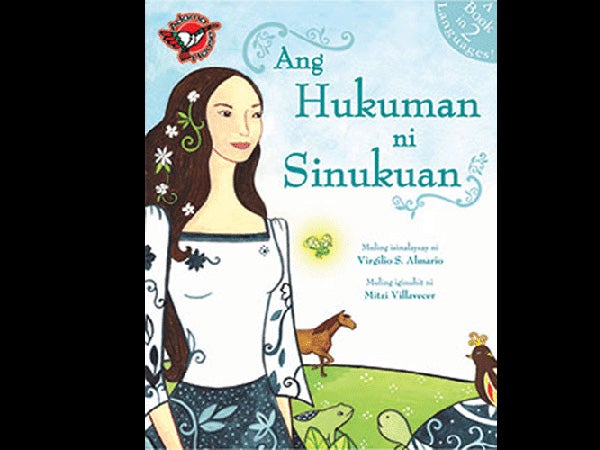 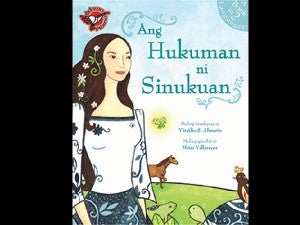 The audience included 20 Thai students from Sophia’s sister school, Samroiyod Wittayakhom, whose students have been attending the Read-Along sessions for the past four years.

Denilla and Darilag began the session with an exciting reading of Adarna House’s “Ang Hukuman ni Mariang Sinukuan” (The Court of Mariang Sinukuan) by Virgilio Almario, a story about fairness and justice. It was followed by a Muay Thai presentation from the students of Samroiyod Wittayakhom.

Cruz and son Yachi read Lampara Books’ “Ang Sapatos ni Mommy” (Mommy’s Shoes) written by Segundo D. Matias, a story about a mother’s love and the sacrifices she makes for her children.

Rodriguez, the star of the new GMA 7 show “Kakambal ni Eliana,” read Christine Bellen’s “Ang Binibining Tumalo sa Hari” (The Maiden Who Defeated the King), the story of a young woman who had to outsmart a datu (king) to marry her prince.

Rodriguez, a first-time reader, said she was nervous at first but ended up having fun because the children were very cooperative and really listened.

“I hope the children learned the importance of not being judgmental, especially toward women. The datu in the story was prejudiced against Sharay because she was from a poor family. It is important to know the person first, what the person can do, before judging him or her,” she said.

“The role of women in the world is very important. There are things that only women can do. Women should be respected and I’m happy that we are given the appreciation we deserve on this special day,” Rodriguez said.

Six-year-old Yachi, the face of the Inquirer’s recently launched campaign for new subscribers, said he had fun reading to other children.

“I thought reading to others would be hard, but it was easy,” he said, adding that it helped that his mother was reading along with him.

Yachi, an honor student from Don Bosco Makati, said he was “not just nervous but super nervous.” His mother said she was nervous both for herself and her son. But the tandem and the story they read proved to be a big hit with the audience.

“Ang Sapatos ni Mommy” was the favorite of 11-year-old Meriel, a student at F. Benitez Elementary School. “Mothers should always be appreciated and cherished,” she said.

Maxine Ocampo, 10, of St. Anthony of Makati Montessori, said the story was also her favorite because it was about the love of a mother and her children.

Yachi said he found “Ang Sapatos ni Mommy” really interesting because it was about a mother who always made sacrifices for her children. “I learned that mothers are really loving,” he said.

Meriel’s mother, Meriam C. Baniaga, 49, who took her daughter to the session, picked “Ang Hukuman ni Mariang Sinukuan” as her favorite “because it emphasized the importance of being responsible for all our actions”.

Thai participant Supawan “Save” Tiawwijitsakul, 13, said she enjoyed the session as it helped her and her friends improve their communication skills. “My friends and I also enjoyed listening and playing the games they taught us,” she said.