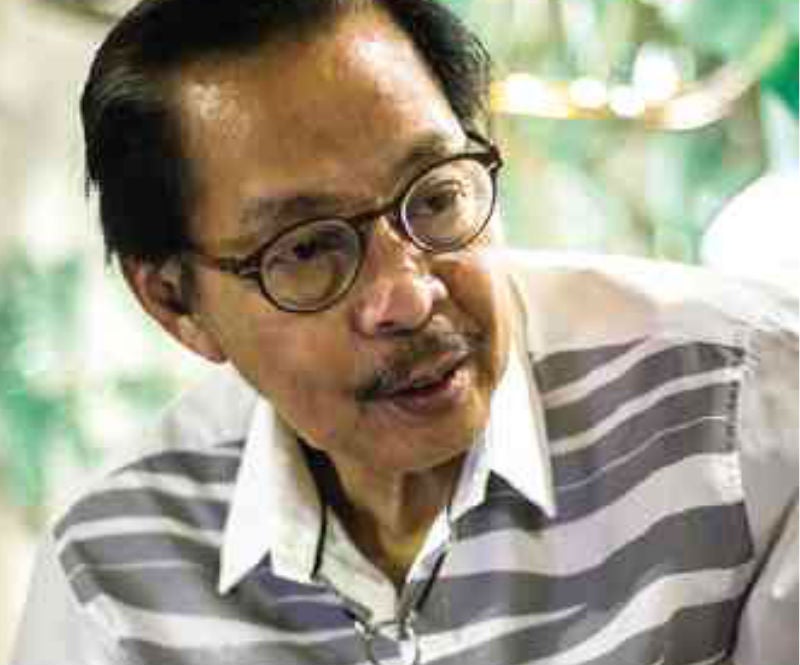 CCTV bares all: Art theft on the rise

Art dealers and buyers beware: Criminal syndicates have developed a taste for fine art and, moving like a pack of wolves, they know exactly what to get their filthy paws on and how to pass the blame on to unsuspecting gallery staffers or art collectors.

Many artists, art galleries, and collectors who have fallen victim to heists can attest to this, but opt to keep silent. But do their silence merely perpetuate the growing art thievery in the industry?

Because he could no longer agonize silently after a handful of his sought-after creations have been lost to recent robberies and break-ins, sculptor Ramon Orlina gave the Inquirer pertinent information on what appears to be a new art theft modus operandi that he and some of the galleries carrying his works have come across.

Perhaps the latest and most brazen incident was a failed attempt to ransack the Orlina atelier in Sampaloc early in February!

Two men claiming to be artists paid a visit to the sculptor’s Manila workshop and studio while the artist’s workers were on break; they told the staff they were in search of sculptures kept in storage.

The pair informed Orlina’s secretary that they wanted to purchase a few pieces immediately and asked to be brought to where smaller works were housed.

Since the sculptor was out that time, Orlina’s secretary was wary of letting them inside the studio without permission. But he allowed them in and instructed the workers in the compound to accompany them.

The two inspected the pieces, took pictures of works they “wanted to buy,” and eventually separated, one leaving the other on the upper levels while the other headed to the ground floor.

Orlina’s assistant recounted it was an obvious effort to be rid of the workers who were keeping an eye on them. According to the secretary, he noticed how jittery the two became when they realized the workers would stay by their side wherever they went. The supposed artists started creating alibis to make their escorts leave them.

“They kept on asking if my men had a spare camera or a camera battery charger since their camera suddenly died,” Orlina told the Inquirer. “My secretary was up on his toes because it was obvious that the men wanted to be left alone within the workshop. CCTV cameras are all over the place. They were really eyeing particular works and even spent a good 15 minutes looking around while repeatedly trying to convince the workers to fetch a camera or charger, or whatever gimmick they could come up with.”

What the intruders didn’t know was that the Orlina atelier had already been on high alert because of recent episodes of art theft in various galleries. Moreover, an avid Orlina collector became an unknowing owner of a stolen sculpture she had bought from an independent art dealer.

Some of the latest heists were even captured by CCTV cameras installed in the galleries. The footage were viewed and reviewed by Orlina and his staff before the incident in the Orlina atelier.

Orlina said didn’t expect the syndicate to be so brazen as to visit his own studio. He said he also didn’t expect to find out that one of the men who posed as an artist and rummaged through his storage that day was a familiar face. In fact, his workers had seen the man numerous times before—from  the CCTV footage.

Art crooks have been harassing a design space in an Alabang mall since 2011. After losing four sculptures to two storage break-ins that year—three Orlinas and a Michael Cacnio—the management finally decided to install CCTV cameras in January 2012. The year passed almost without any incident until December when the thieves struck again.

This time, video footage reveals how the art fiends got away after “snatching” a small piece near the doorway.

The video shows two women chatting up the gallery keeper in a false inquiry while a man hovers right outside the store’s display.

In one swift movement, the man crosses the doorway, grabs the sculpture, and goes off—his bag ready, open, and slung across his body to cover the sculpture and probably encase it once the coast is clear.

The women leave the store right after.

The same store lost another painting to robbers in January.

Also last January, a gallery in a mall in Mandaluyong City lost a painting to thieves.

The CCTV camera captured another heist involving four thieves running off with an Orlina piece worth P400,000.

The footage shows how robbers take advantage of the absence of the gallery attendant, taking off with the sculpture placed near the door.

The video clearly shows a woman in a black-and-white plaid button-down walking in the gallery and checking the weight of a larger sculpture. During this “test drive,” a man in a white shirt and another woman are seen lingering outside.

After a few moments, the “test driver” approaches the man in a white shirt, perhaps confirming that she can handle the piece. She reenters the store, secures the work in her arms, covers it with her shawl, and walks out unnoticed. Two men (including the one in white) are seen covering her from passers-by’s views outside the gallery’s glass wall.

Once she is out of the camera’s sight, the other woman, who has been standing as a lookout, walks past the gallery door and follows the snatcher.

Way before CCTV cameras became common, art theft had been plaguing the art industry. In 2005, a newly opened gallery in a mall in Makati lost an Orlina on display worth P90,000  to a robber.

At around the same time, two Orlina sculptures were stolen in Davao using the same tactic as the robbery in Alabang.

A gallery in San Juan also suffered a break-in at around the same time. Lost were a painting by National Artist Abdulmari Imao and an Orlina.

Another shocking incident was when thieves broke into the home of a well-known collector of masters’ works in an upscale neighborhood in Quezon City. Weeks before the theft, a woman posing as a magazine journalist requested for an interview with the collector. She requested to see the collection and photograph some works.

Later, all of the works that were photographed were stolen. And the supposed art feature never came out.

Orlina said he and a physician-collector were trying to determine the source of some stolen artworks  being sold at very low prices.

The collector had brought a newly purchased 1994 Orlina to the Orlina atelier for authentication. According to her, the work, which she thought was a steal at P35,000, had been sold to her sans authentication documents.

Orlina’s records later revealed that it was literally a steal—a piece stolen all the way from Kuala Lumpur and was reported to him by a trusted dealer.

The physician disclosed how a certain Ogie offered her the work and explained the authentication documents had been lost to a flood.

Since it was proven to be a stolen piece, the doctor surrendered it to the Orlina atelier without any refund or compensation.

According to the physician, previous conversations with Ogie revealed he was not the main source of the stolen work but a man called Francis who had released artworks without authentication in a casino.

When the physician again contacted Ogie for other works, he was told that Orlinas were “out-of-stock,” but an Alcuaz was available.

“We are letting the public know of these incidents because galleries, artists and buyers need to arm themselves against such crooks,” said Orlina. “Just as galleries must have security personnel and equipment, artists must have solid authentication processes and updated files. Customers, too, must be careful when purchasing. It is better to buy artworks from reputable galleries and institutions.”