‘Competition keeps us on our toes’ | Inquirer Lifestyle 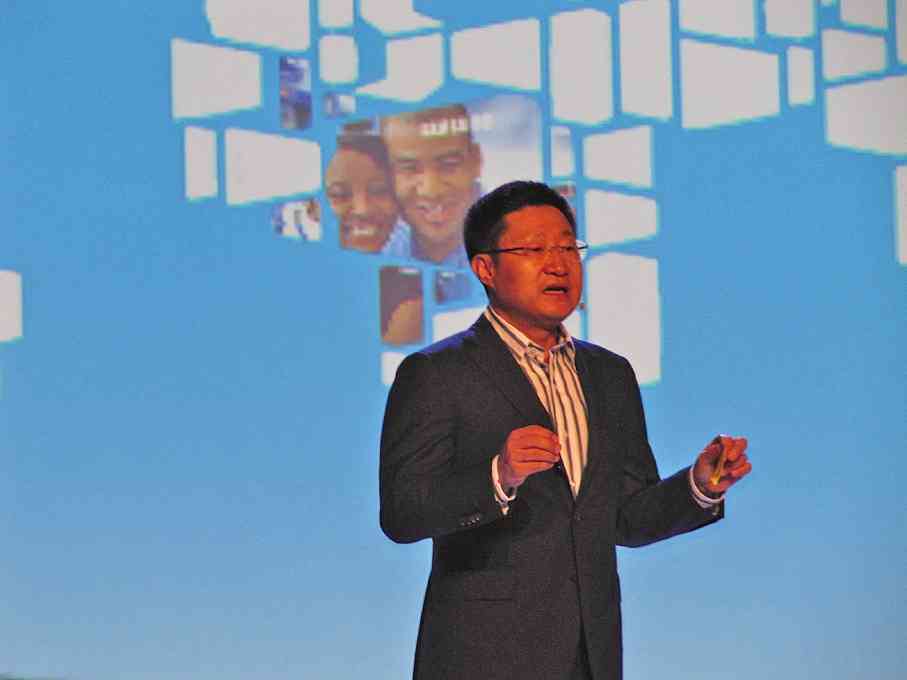 GREGORY Lee, president and CEO of Samsung Asia, welcome journalists to the opening of the Samsung Forum in Jakarta.

‘Competition keeps us on our toes’

Technology can be your best friend, but as some tech and electronic giants have experienced for themselves in recent years, it can also be a bitch. You may be number one today, but due to rapid advances in technology, you’re no longer assured of remaining on top indefinitely.

Gregory Lee, president and CEO of Samsung Asia, knows the story too well. The road is littered with big and small companies that have been knocked off from their top perch or, worse, fallen by the wayside a little over a decade into the digital age. And unless Samsung learns from its competitors’ experiences, the world’s leading maker of mobile and smart phones as well as consumer electronics isn’t impervious to such a fate.

Asked in an interview on the sidelines of the recent Samsung Forum in Jakarta how his company deals with competitors, particularly those from China, which have been coming up with relatively inexpensive me-too products, the US-educated Lee had this to say.

“I won’t focus on any one particular competitor,” he said. “All our competitors, even low-priced competitors focusing on one specific area and becoming very good at it, keep us on our toes. We have to constantly evolve to be the best in technology by combining it with the right design and making it available at the right price for the mass premium market.”

Focusing on the mass premium market doesn’t mean neglecting entry-level consumers. In the Philippines, for instance, Samsung has cornered an impressive 50 percent of the TV market. Its market share on mobile phones, although not as high, is equally impressive and has been continuously increasing locally.

“We have a full range of products in all TV series that serve every segment,” said Lee. “Some of them are entry-level products, but we are able to provide trickle-down technology from the top segment down.”

He downplayed the effects of China’s attempt to flood Southeast Asia with low-priced consumer electronics. But he didn’t dismiss the real threat it poses either.

“The electronics industry is a very tough and competitive industry, and things change quickly,” he said. “You can be great at one moment, and you can fall the next.”

If you become arrogant and complacent, or if your cost is too high, don’t be surprised if a competitor suddenly overtakes you, Lee added. He also emphasized the importance of spending money “actively” on R&D, and executing it properly based on the market.

He doesn’t subscribe to a one-size-fits-all approach when it comes to dealing with Samsung’s various and expanding markets the world over. He also emphasized the importance of listening to the market. And fear, believe it or not, has also served Lee and his colleagues at Samsung well.

“As a corporation, we’re focused on all these areas. We’re always afraid of any competitor coming in and doing better than us,” he said.

Despite having lived and studied in the US, and worked for such American multinational companies as Johnson & Johnson, Kellogg’s and Procter & Gamble, Lee has remained very Korean in his approach to answering in-your-face questions.

He declined, for instance, to comment on how “that other country,” as broadcaster Tony Velasquez put it (referring, of course, to Japan), and its global brands seemed to be losing ground lately to Samsung and Korea Inc. Lee may be media savvy with an unmistakable American twang, but he remains, like a typical Asian, non-confrontational.