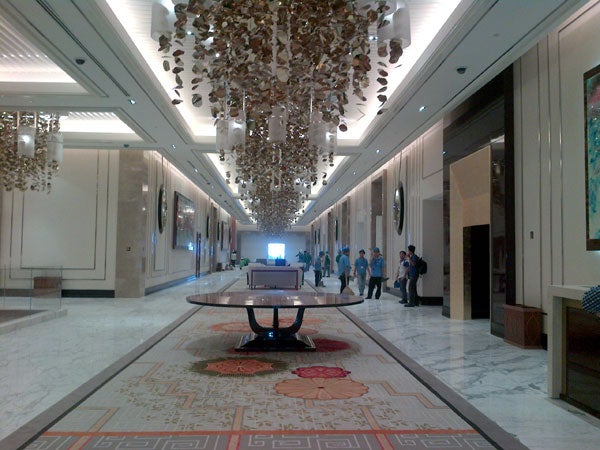 MANILA, Philippines—Unfazed by possible resistance from Church groups, Solaire Resort and Casino promised a “new tourism” for the Philippines when it opens its first casino-hotel complex on Saturday within the Entertainment  City in Paranaque City.

Solaire, owned by Bloomberry Resorts of ports tycoon Enrique Razon Jr., is the first of four casino-resort developers in Entertainment City to open its  doors  to the  public with no less than President Benigno Aquino III expected to grace its inauguration.

The three other companies  licenced to build inside the Entertainment City, a project of the Philippine Amusement and Gaming Corporation, are the Travellers International Hotel Group, Inc.; the SM Consortium; and Tiger Resorts Leisure and Entertainment, Inc.

“Our slogan is ‘The game is about to change.’ And I think as you walk through this property today, you will see that we brought gaming and experience and the environment… to a different level here,” Bradley Stone, president of Global Gaming Assets Management (GGAM) for Solaire Resort & Casino  told members of the media, who were  invited  to tour the casino three days before it opens to the public .

“I think this is the start of new tourism for the Philippines,” Stone said. 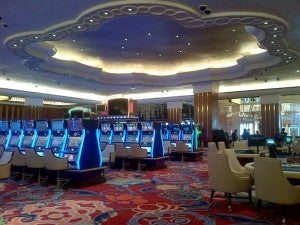 The first floor of the casino building is a spacious gaming area with  luxurious restaurants and entertainment areas as well as food courts designed for  Filipino customers while the second level features private gaming salons with own comfort rooms, television, and good view of the Manila bay designed for international  players.

“We designed the casino experience to appeal to different customers—meaning the main casino (area) in this level was designed for the Filipino customers and the casino above, the VIP casino is for the international customers which are primary Chinese,” he said. 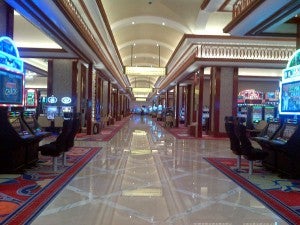 After all, French pointed out that one of the government’s goal in putting up the Entertainment City was to bring in more tourists in the country.

For the first year of its operations, Solaire expects that  majority of its customers – about  65-to-70 percent –would be local and only about 35 percent would come from other countries.

But in the next two to three years, the ratio of local and international players might become 50-50, French said. 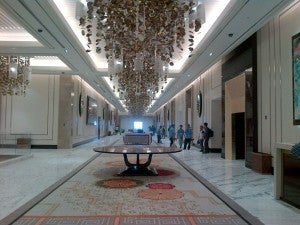 Solaire hopes to complete in September next year the Phase 1A of its project, which will include a retail shopping mall with 30 to 40 luxury brand stores; an 1800-square-foot theater designed to accommodate Broadway shows;  a night club;  additional 300 all-suite rooms, another 3,000 parking spaces, and new restaurants.

French said they are still holding preliminary discussions for the Phase 2 of their project.

“In our first phase, we don’t have a lot of the attractions that would bring in casual people…There’s no shopping center, no theater compared to Resorts World,” said French.

“So when we open Saturday, we have our casinos open and our restaurants are open. There’s no cinema, there’s no theater, shopping so foot-traffic will probably lower,” he pointed out.

And amid possible criticisms when it formally opens its casino operations, Stone promised that their business would create a lot of opportunities rather than harm for the Filipinos. 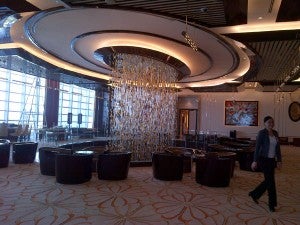 “I think there’s particularly effort by Pagcor to have an open dialogue with the Catholic Church. We have social responsibility too… We never tried take advantage or hurt people in terms of giving too much gaming,” he said.

“Our goal is not (to) hurt people. This is an entertainment venue,” Stone said, expressing his hope that he could “work closely” with the Church and other groups to address any concern about the gaming industry.

French said over 400 Filipinos working in various casinos in  Singapore and  Macau  have  returned to the country to  work for  Solaire.

“All of them took a step up in status – meaning if they were supervisors before in Singapore, they came back here as chief managers. If they were dealers, they came here as supervisors,” he said. 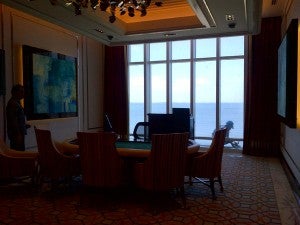 “With the promotion, they’re able to make an income similar to what they made where they worked before. But the cost of living is a little different in Manila versus Singapore.”