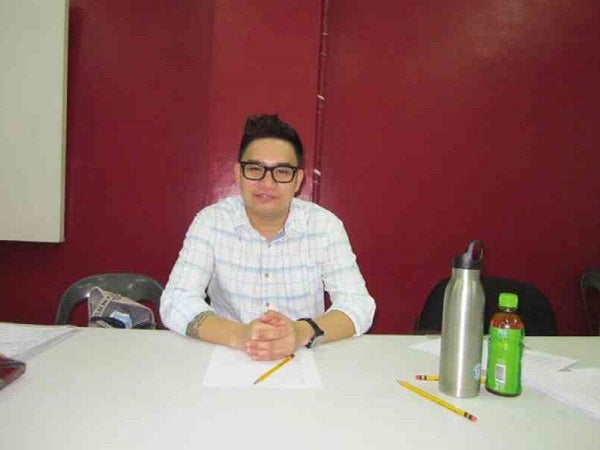 This early, Peta (Philippine Educational Theater Association) is preparing for “Maxie the Musical,” the stage version of the hit Cinemalaya film “Ang Pagdadalaga ni Maximo Oliveros,” which made waves here and abroad after it was first presented at the Cultural Center of the Philippines.

“Ang Pagdadalaga…” is the story of a gay adolescent, Maximo, who falls in love with a handsome policeman, grows up in the process but retains his homosexuality, nurtured by his macho family of petty hoods.

The musical, with libretto by Nicolas Pichay based on the screenplay by Michiko Yamamoto, won’t be staged until November, but already Peta has called for initial auditions at its theater center (behind Quezon City Sports Club).

So for two days recently, young hopefuls auditioned, singing one OPM and one Broadway-West End song and dancing before director-choreographer Dexter M. Santos.

Jeffrey is taking up Theater Arts at the University of the Philippines and has appeared in Dulaang UP plays like the recent “Collection” and “Orosman at Zafira.” He considers himself more of a dancer.

Chesko has acted and sang in plays in Metro Manila, and has performed as a stiltswalker (for a moment I heard “streetwalker”) at the Universal Studios theme park in Singapore.

Ruth has done theater, TV and indie films (along with two National Geographic documentaries) and considers herself basically a freelancer.

Paulo usually plays a contrabida (villain) in GMA teleseryes, which struck me as rather odd as he is soft-spoken and baby-faced.

Siblings Maybeline and Micaela (13 and 9, respectively) have appeared in telenovelas. Maybeline has also sang in “Talentadong Pinoy.”

“It was trial-and-error transforming this cult movie into a musical play,” said Santos, the director. “We started from scratch, meetings, brainstorming and then we came up with a team of musicians.”

From the start, the filmmakers felt it should be a musical, according to Santos, “and so I told them we would use the power of theater to make it very entertaining, a song-and-dance play.”

“The moments highlighted in the film are very exciting,” he said. “The first time Maxie falls in love, family, social problems…” And, he added: “The two main characters, Maxie and the policeman, are hard to cast.”

The three composers are Arkel Mendoza, J.J. Pimpinio and William Manzano, who have long been working as a team. Mendoza is the group’s pianist, Manzano plays the guitar and Pimpinio is the singer. Mendoza and Manzano are with Dulaang UP while Pimpinio is from St. Louis University in Baguio City.

“There were workshops every Saturday,” recalled Mendoza. “Nic (Pichay) would throw us some lyrics and he gave us the liberty to change these, to make them fit into the music.”

Mazano chimed in, “everything is agreed upon.”

Mendoza observed that “we did not want the music to sound too pop. If we can sum it up, basically what we wanted was to encompass Filipino song history, contemporary Pinoy—from Canseco to Cayabyab and Ely Buendia (Eraserheads).”

“The setting is Sampaloc, Manila, so we strove for kanto (streetsmart) sophistication and class,” Mendoza concluded. “And all the characters sing, even the policemen, even the press. Everybody sings!”