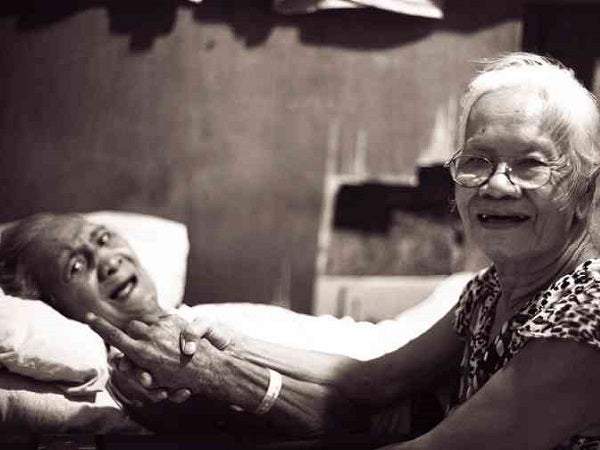 When you take away the celebrity faces, the cultural backgrounds, and the barriers raised by distance, physical handicaps, dissimilar economic classes, religion, gender, skin color, age and family relationships, will you be able to understand how two people eventually find each other?

Those who believe in destiny or karma usually accept the adage that no one comes to someone’s life by accident. In a past life, or in a dream in another dimension, were they married? Were they enemies? Did one kill the other, or one save the other’s life?

Those who aren’t into Oriental studies would say it’s God’s mysterious way of bringing people together.

Why should one be born into a family with a rich historical past, and another to one where disability runs? Why should one mother be blessed with terribly talented children, and another parent have to survive cancer to appreciate his son?

Why should a small child be born only to suffer pain? Are two people born into the same family so that one can give up a kidney to save the other?

Or beyond matters of family origins, why does a young mother choose to continue her relationship with a man who will spend half a lifetime in jail? When does a simple incident transform into the instant when one catches another’s attention, and both cross a battlefield of unknowingness, so that the few seconds expand into a life together?

The poet Cherrie Moraga gives a hint: “Loving you has this kind of desperation / to it, like do or die, I/ having eyed you from the first / time you made the decision to move / from your stool / to live dangerously… Loving in the war years / calls for this kind of risking/ without a home to call our own / I’ve got to take you as you come/ to me, each time like a stranger/ all over again. Not knowing/ what deaths you saw today/ I’ve got to take you / as you come, battle bruised/ refusing our enemy: fear.”

For Raissa Laurel, competition between school frats did convert a post-bar exams celebration into a war zone a few years ago. But it cemented her bond with Rain Subijano, and the sweethearts came out strong enough to begin a life together as wife and husband.

Sara Black isn’t a philosopher, and won’t try to answer why or how people come into each other’s lives. How some superficial links—like the one between an actress and her makeup artist—will never break.

But with her acute sensitivity, and her ability to observe the complicated connections beneath the way people interact, she has produced a book that moves us to joy and wonder.

It isn’t a portfolio of her “best of” profiles or a show of her most glam fashion studies. But it is a compelling collection of stories, snapshots of people—famous and not, powerful and humble—whose sparks of greatness shine because they do love, they love someone else unlike themselves.

For a young chess whiz and his older neighbor-mentor, a regular round of games by the corner sari-sari store could be the way to building a deeper friendship. For an upper-class gay couple, it’s a sympathetic mother, plus fashion, pride parades and lots of traveling together, that has helped them to their 25th anniversary and beyond.

But while the Internet can’t always help women who have to leave their families in order to lift their children out of poverty, an OFW mother and her teenage daughter can still use Skype and texting to make sure they are still there for each other in real time.

One of my favorite stories in the book is a Facebook “share” classic, where I became part of the life of Lola Aurelia Matias, just because a street photographer named Red Silva happened to pass by her one Sunday morning, and snapped her picture.

We all found this post one day and shared: “I saw this old woman sitting by herself yesterday. Surprised to see a bond paper pinned in front and back of her dress with a picture of a missing old man. I asked her about it and she said it was her husband, who has been missing for two weeks now.”

Two people, strangers to millions of us—and we saw on television how she found her lost husband. “Ano… ano talaga sa puso ko. Nakita naman sa TV paano kami nagyakapan noong nagkita kami muli.” (“It was … it really hit my heart. They could see on TV how we embraced each other when we saw each other again.”)

But what if the half of one’s life goes away and never comes back? How does a young father move forward after losing his wife to childbirth? Or an elderly father find meaning in the rest of his life, after his wife and daughters are massacred?

Sara may be a young person with an ancient heart, because she isn’t afraid to show us portraits of grief and despair. In this album, that’s also how people like Jun and Lauro find the way forward.

One wonders: Why is it harder for men to live widowed, than it is for women? Why do so many women seem to recover their center more quickly after her partner goes?

Indeed, it might be that losing the other helps us answer the more basic relationship question: How do I find myself? How do I come to me? It’s a song we know, that Karishma learned to sing after trying to kill herself maybe 10 times or more. The song about the greatest love of all.

Thank you, Sara, for bringing this book to us.