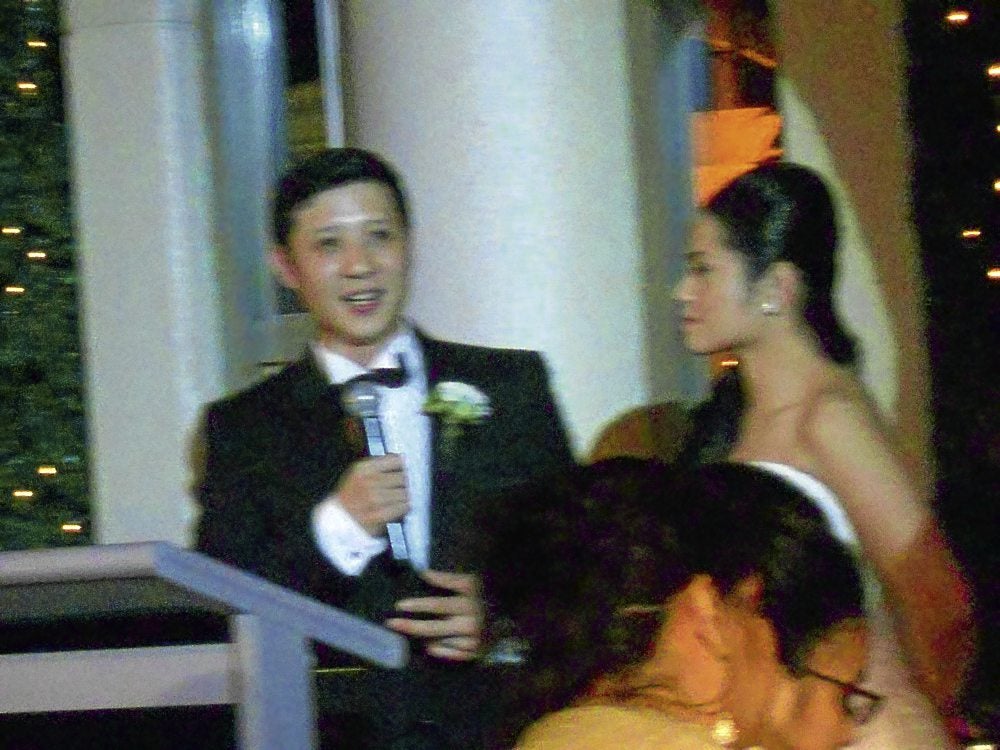 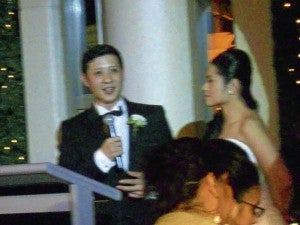 One didn’t think a wedding in the Filipino setting—with all the relatives and extended relatives, and friends of friends—could ever be both grand and cozy.

Turned out, it could be. That was what the wedding of Marco Katigbak and Genevive Collado was—intimate yet so elegant.

First, it had a little more than 100 guests. Second, the decor and styling both in the church and at the Conservatory of Peninsula Manila helped create the intimate ambiance. Green hedge was used to line the aisle of Santuario de San Antonio, and green shrubbery covered the windows of the Conservatory—so understated, natural, and this was way before Kate Middleton chose to use maple trees to decorate the Westminster Abbey when she married the prince of England. (The wedding was last March 12.)

Third, the remarks of the bride’s father and groom’s uncle were engaging and so heartfelt.

Fourth, in the church, no less than Leo Valdez of “Miss Saigon” fame sang a stirring rendition of “Our Father” at the nuptial Mass. Valdez is a bosom friend of the groom’s father, Mario Katigbak, the man behind the success of luxury brands Bulgari and Hermes. At the onset, it was obvious how Mario had put his stamp of class and fine taste on the strictly-family-affair wedding. 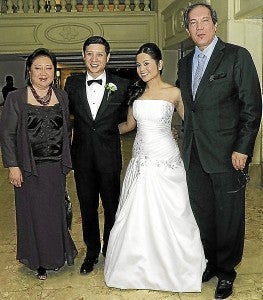 Marco is the son of Mario Katigbak and Lavinia Gutierrez Strohm. He works at Globe Telecom. Genevive is the daughter of Milagros and Gerry Collado, who grew up abroad where her father was posted in academic institutions.

Genevive is a resident doctor at Makati Medical Center.

Matron of Honor is the groom’s sister Anya Katigbak Cajucom and the maid of honor is the bride’s sister  Mila Collado.

The best men were Joey Pulido and Gareth Hou who flew in from Toronto for the wedding.

A most touching scene was  at the reception  when a teary-eyed Anya thanked her father Mario for his loving hand in helping out in the wedding. Every guest indeed must have felt privileged to be a witness to and part of this special family affair.