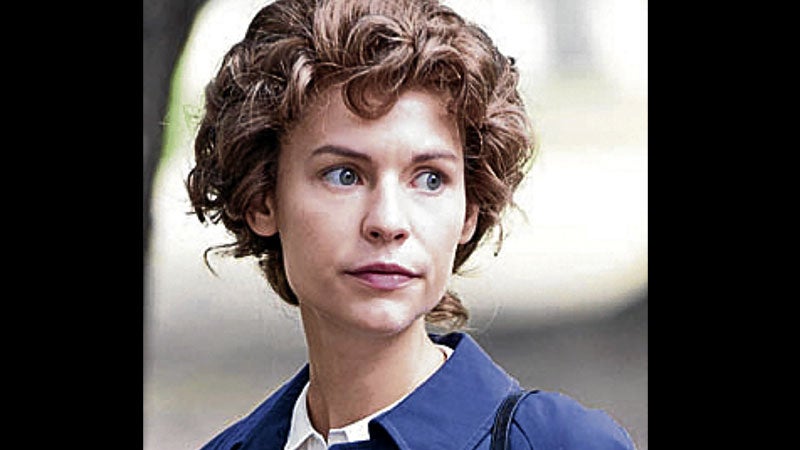 Claire Danes portrays an autistic woman in “Temple Grandin.” Having an older grandfather or being a mother who was abused in her youth are linked to higher odds of having a child with autism, according to two studies published Wednesday, March 20, 2013, in a leading US psychiatry journal.

WASHINGTON—Having an older grandfather or being a mother who was abused in her youth are linked to higher odds of having a child with autism, according to two studies published Wednesday in a leading US psychiatry journal.

The analysis by two separate teams appears in the Journal of the American Medical Association (JAMA) Psychiatry, adding to research that suggests hereditary and environmental influences on autism risk likely reach across multiple generations.

The study on grandfathers examined national records of nearly 6,000 people with autism and 31,000 healthy controls born in Sweden since 1932.

They found that men who were 50 or older when they had a daughter were 1.79 times more likely to have a grandchild with autism, compared to men who had children when they were age 20-24.

Men who had a son when they were 50 or older were 1.67 times more likely to have a grandchild with autism.

The study was led by King’s College London’s Institute of Psychiatry, Karolinska Institutet in Sweden and the Queensland Brain Institute in Australia.

Lead author Emma Frans said scientists already know that paternal age is a risk factor for autism, which affects as many as one in 88 in the United States and about one in 100 in Britain.

“This study goes beyond that and suggests that older grandpaternal age is also a risk factor for autism, suggesting that risk factors for autism can build up through generations,” said Frans.

Co-author Avi Reichenberg, from King’s Institute of Psychiatry, added that the increased risk was “small,” but that the findings are “important in understanding the complex way in which autism develops.”

“We tend to think in terms of the here and now when we talk about the effect of the environment on our genome. For the first time in psychiatry, we show that your father’s and grandfather’s lifestyle choices can affect you,” Reichenberg said.

The second study was carried out by researchers at the Harvard School of Public Health (HSPH), and was based on data from the US Nurses’ Health Study II.

“Notably, women exposed to the highest level of physical and emotional abuse, comprising one-quarter of the women in our study, were at 61.1 percent elevated risk for having a child with autism compared with women not exposed to abuse,” the study said.

“Further research to understand how a woman’s experience of abuse is associated with autism in her children may help us better understand the causes of autism and identify preventable risk factors,” she said.