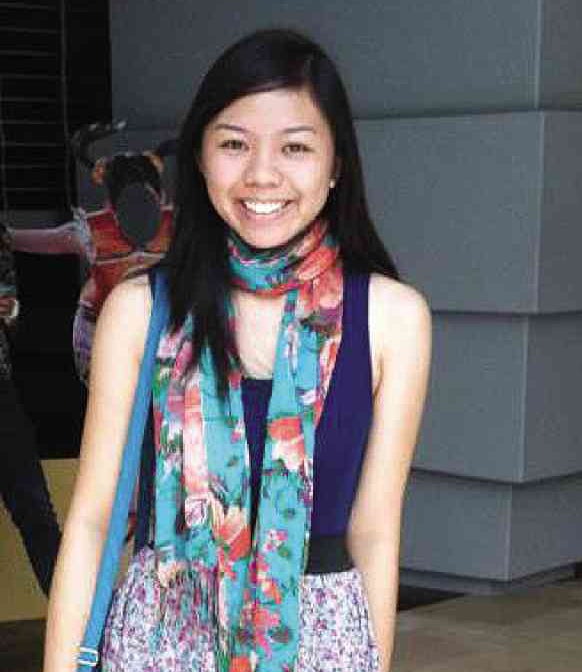 “On the surface, a lot of people think that suicide is primarily caused by very serious problems that are affected or aggravated by the environment one is exposed to. However, I think

suicide is much more complex than this, and for someone to be driven to take his own life, what comes into play is a combination of emotional and mental stability, upbringing, and the capacity and capability to deal with difficult situations.”

“Suicide is unbiblical, since only God can take away one’s life. Suicide contradicts the values of life. People should know that doing so means disobeying God. They should get help from others, like parents or guidance counselors. People who want to commit suicide should know that they still have a future that God has for them.”

“Thinking about suicide always makes me feel negative. It makes me wonder why people would actually do something devastating and irreversible. Such an act makes others sad, especially their loved ones. However, people have to see the reasons behind this. I personally think that there is no reason big enough for one to commit suicide. There are times when people contemplate suicide, but never should they commit such an act. I see it as an ‘easy’ way out, trying to get away from the problems one faces by killing oneself. There are many @possibilities if one did not commit suicide, and most of them might have been good. However, once life is gone, it cannot be taken back. I only pray as people realize the negative effects of committing suicide.”

“With the fast-paced lifestyle we have now, we don’t really have time to stop and reevaluate or lives. Sometimes we go off in a direction which is not what makes us happy. Over time, life takes a toll, making it unbearable. It’s not exactly the end of the world, but you think it is. Dreams are crushed, plans ruined, people hurt and hearts broken. Suicide is the easy way out. Among the hardships we experience, we forget that life is a challenge, an adventure. We have to overcome every challenge. Suicide just won’t fix it. And those people who commit suicide are selfish—selfish in a way that they only think of themselves. Their problems disappear, but they die along with them. They forget their insurmountable wealth of love coming from friends and family. Their death only brings misery and ruin to the latter. Before you kill yourself, do try to think about others as well, especially your parents, who care for you and are working hard to give you a better future.”

“As human beings, we are all subject to life’s ups and downs. Whether we like it or not, there will always be twists and turns that will surface along the way, and ‘unlocking the seatbelt’ will not do justice to yourself and others. Just remember that the rough ride will always end smoothly before unloading passengers eager to get back on the roller coaster for more. That’s what life is all about, isn’t it?”

“Suicide is one the saddest words, one I never want to hear. Suicide means somebody felt completely alone and utterly hopeless. Somebody didn’t have a single friend to make life worth living. It doesn’t take much to give hope. A kind gesture by a complete stranger can already spark hope. This is why suicide is such a tragedy. It means some people can go through a day without seeing a single act of kindness.”

“There’s always another way out.”

“Suicide is just like any other way of escaping—running away, sleeping, daydreaming. But the thing with suicide is, it is a period rather than a comma. I cannot blame the author for ending his tale, of his own will.”

“People think of committing suicide, especially when they can no longer carry the burden of their problems or when we blame life for our sufferings, such that killing ourselves becomes an option. It is up to the person if he/she would want to commit suicide. Life is so good, living feels great, we just have to get a life.”—John Michael Mugas, 18, Mariano Marcos State University, Laoag, Ilocos Norte

“It’s immoral and unethical. Never should someone commit suicide. There’s always an answer to our problems. Committing suicide is an issue of moral development (our parents contribute greatly to this) and strength of character.”

“For us teenagers, depression is inevitable, and hope may seem out of reach for those who cannot accept reality. Thoughts and judgment become blurred, and perhaps the only way out is to end their lives. It’s for people who have the guts, but are weak in reason.”—Adrian Macasaquit, 15, San Beda Alabang

“Suicide is a dangerous cocktail of bad decisions, depression and perhaps drugs. Suicide is a ‘quit’ button on life because it’s like giving up on the hard part of the game that you’re playing. Plus, it doesn’t affect only you, it affects the ones you love, as well; they’re left not knowing what they did wrong, or why didn’t they notice the signs. Suicide leaves nothing but despair and confusion for those affected by it.” —Nikolas Fernandez,

“In relation to the UP Manila student who took her life because of financial difficulties, I do believe that suicide is cowardly and avoids harsh realities. The beauty of life is in the struggles and hardships that make you a better person. Taking one’s life prevents you from becoming just that.”—Erica Patricia Lao, 17, ICA

“I don’t think that suicide should be an option. We always have a choice.” —Hannah Barrantes, 19, San Beda Manila