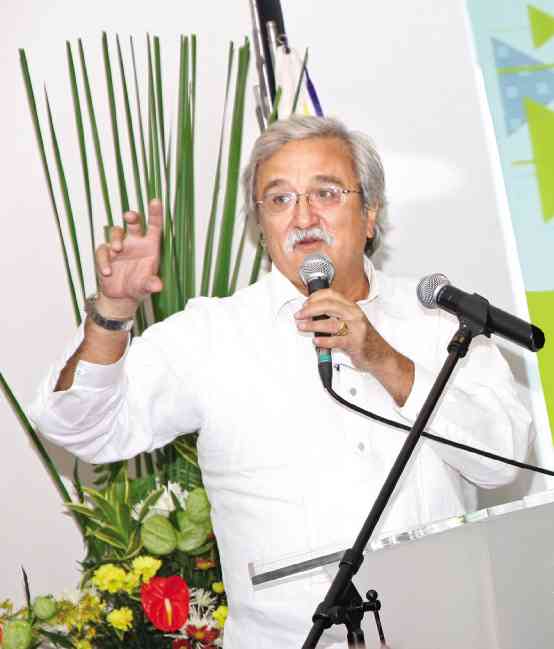 ROBERTO E. Aboitiz expounds on his principle which may well be the Aboitiz credo.

February 19 was not a good day to go paddling out to sea as Typhoon “Crising” threatened to hit Mindanao, bringing with it incessant rains as far north as Cebu. That morning, a book launch was afoot and the irony of a stormy day could not have been all lost, in that the book, “Akong Bugsay,” is about navigating that deep blue sea called “life”—be it pacific or tempest-tossed.

“Akong Bugsay” by Amaya Cabarrus Aboitiz is an illustrated children’s book that recounts a day in the life of a little island boy named Andoy, who goes on his first fishing trip with his fisherman father. 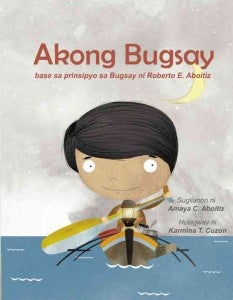 In the process, Andoy learns basic lessons in the achievement of a goal. Akong bugsay, after all, is Cebuano for “my paddle”—an essential tool in fishing and/or navigation.

Illustrations by artist Karmina T. Cuzon in piquant, impressionist-cum-folk art style help move the story along. The artist honed her craft with the Ramon Aboitiz Foundation Inc. (Rafi)  under its Dolores Aboitiz Children’s Fund, and is a product of the foundation’s Young Minds Academy.

Couched in simple language in both English and Cebuano, and inflected in such a way that it can be read out loud, the plot of “Akong Bugsay” lends itself well to business or to the business of life.

It is no accident that the author is a scion of one of Cebu’s most enterprising families on its fifth generation of succession. Such longevity entails some form of deeply ingrained credo. Aboitiz, indeed, acknowledges on the book’s cover that her story is based on the “bugsay principle” of her father, Roberto E. Aboitiz, president of Rafi that published the book.

“The bugsay principle is about having a goal, planning well and working hard to achieve it,” writes Aboitiz.

In an interview, the author shares her thoughts on her family and the advocacy they share.

What prompted you to write this children’s book?

A few years ago, my father and I were talking about the bugsay principle of leadership and his talks to business people, government officials and community leaders. As a person who has worked with young people, I believe that their fundamental character and their beliefs about the world are shaped quite early on in life. If he (my father) really wanted to see change, I thought he was missing an important audience and that he needed to introduce the bugsay principle to young children in a way that they would understand.

I suggested he do so in the form of a story—with a character Cebuanos could relate to, set in a place that would be familiar to them and in a language that they spoke every day.

This book is based on the principles of your dad. Were you brought up on these principles?

The term “bugsay principle” came about much later in my life, but the principles are ones that my father, and I would say my family in general, lived (and still live) out on a daily basis.

Every time I complain or feel tired or lazy, my dad tells me to pick up my bugsay and keep paddling!

Your family’s long association with children’s charities make bugsay an obvious subject for a first book. If you were to continue with your writing, what other topics would you want to write about?

There is another aspect of the bugsay principle that this book did not touch on—working together to achieve a common goal. That would be something we could write about next. I would love to write more about our different advocacies in Rafi, books about our culture, about the environment. It may be cliché but I believe that if we want to change the future, we have to educate the children. We have to get them interested in talking, reflecting about important issues that will affect their lives later on.

This book is  a teaching tool. Do you see yourself writing many others similar to this one?

At Rafi, and particularly the Dolores Aboitiz Children’s Fund, we hope to be able to help produce more books like this with young children in mind. I would love to write but recognize that there are many, better writers out there that we would love to work with.

Our website (www.rafi.org.ph/publications) has some resources that teachers can download for free and use with their students. Parents can also post comments on how they used the book with their own children. We are “crowd sourcing” for ideas on how to make the bugsay principle a part of our children’s lives.

The book (P150) and accompanying coloring book (P50) are now on sale. For more information about “Akong Bugsay,” visit www.rafi.org.ph/publications/akong-bugsay.