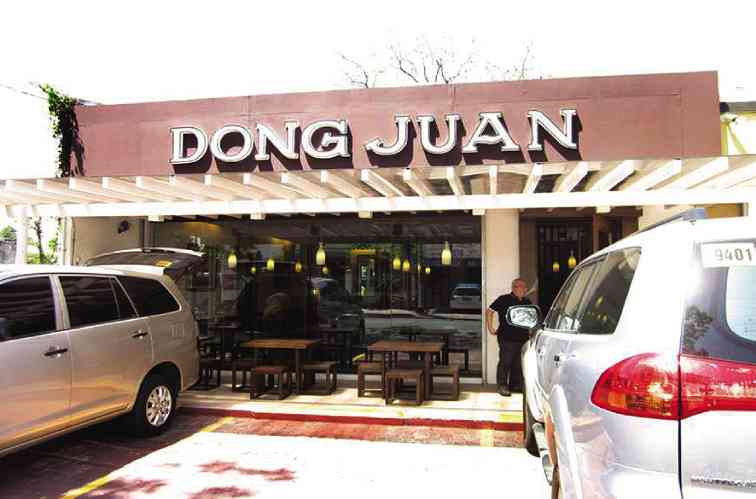 Dong is a Cebuano slang term of endearment, usually addressed to a young man, somewhat like the Ilocano ading or the Tagalog Totóy/Nene.

Don Juan, however, is something else. According to foodies, it may mean something luxurious, indulgent, lavish, extravagant or even expensive.

A restaurant franchise based in Cebu is out to disprove this image: Dong Juan. It serves popular to-die-for, foreign-inspired dishes like burgers, pasta and pizza but with a timpla (taste) that is Filipino. And the prices are affordable—“pocket-friendly” as the franchiser put it.

Dong Juan started in Cebu, branched out to other cities in the Visayas like Dumaguete and Tagbilaran, then to Davao City and Cagayan de Oro in Mindanao, and finally it is here for the first time in Luzon, meaning Metro Manila (Presidents Ave., BF Homes, Parañaque City, tel. 8238495).

The franchise holders are John Barney Borja and his wife Aubrey, based most of the time in Cebu but here for the opening of the Manila branch. John is an occasional songwriter.

The cuisine is “a fusion of western and Filipino dishes,” says Juinio.

The franchisers and restaurant owners, all youth in motion, recently invited media practitioners to a culinary fest at the BF Homes Parañaque outlet. “Cebuano food is quite simple,” observed Aubrey. “The cuisine is very simple, and we make sure the ingredients are fresh. The spices are from Europe.”

The food did not strike this non-gourmet as simple, for it seemed to have been prepared with great care. The piece de resistance seems to be the quarter-pound bacon burger, a meal in itself, with the bacon wrapped around the pure beef patty so that the juices would melt into the burger. This had me almost salivating; I forgot my ilustrado manners.

There are the pastas, like Pacific Pasta and Gambas Pasta. The Pacific Pasta is so called because it is all seafood, crabs, squid, shrimps and fish with aligúe (crab fat) from Roxas City. The Gambas Pasta is laden with dried fish sliced very thinly to give it a light Pinoy taste.

“Cebuanos are carnivorous, not much on vegetables,” noted Aubrey but she hastened to add, “We have good salad.”

After all the pasta, burger and pizza, complemented by succulent native dishes like sisig in olive oil, in came the waiter bearing a plate of crispy pata! Grroan.