Why there are more and more dance clubs | Lifestyle.INQ ❮ ❯ 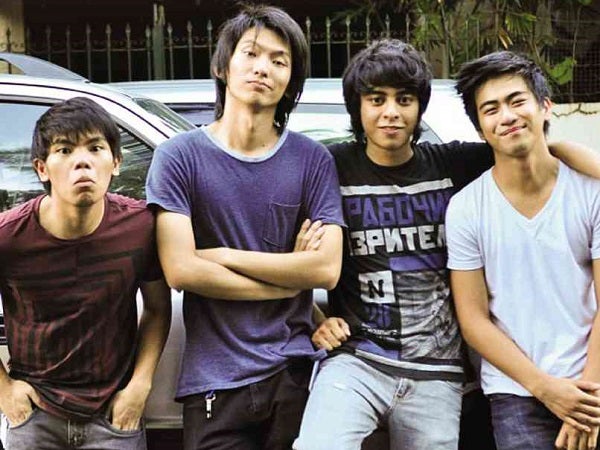 Why there are more and more dance clubs

It’s no coincidence that dance clubs have been opening everywhere, that the crowds have been getting bigger, that more and more world DJs have been coming to the Philippines to perform, or that music festivals are becoming more frequent even outside Manila.

The Philippines is growing, not just as Asia’s next big tiger economy, but as a market—a very profitable one—for electronic dance music (EDM).

Though EDM is quickly becoming a global trend, in the Philippines it has been lurking in the underground for years. Gaining interest in the local scene are various forms of electronic music, and a quick search on Google will lead one to Filipino artists worth so much more attention than they have been getting: Similar Objects, Pasta Groove, The Diegos, Eyedress, Binspants… the list goes on.

But 2013—and Tommie Sunshine will agree—will be a turning point for both electronic music and EDM, because with the boom of these genres comes a cultural phenomenon that will go mainstream. The Philippines won’t be too far behind.

“My dream is for our artists to work together and lead everyone into a new era of local music,” says producer and songwriter Rez Toledo, 21.

“There should be a new kind of branding for Filipino music,” he adds. “Mainstream OPM is dying, if not dead already. Hopefully, people feel the resurgence of Filipino music this year.”

Toledo is the man behind synth-pop act Somedaydream, which gained popularity after the single “Hey Daydreamer” topped the local charts. It has been dubbed as the first local electronic act to break into the mainstream.

He hopes to change mainstream music by cultivating an audience that is more intellectual when it comes to musical choices: “I wish our music industry would get inspired by the smaller, independent scene with forward-thinking artists who write great music for the love of it, and not just to make profit. The industry is learning and growing. We are a passionate community who collaborate, learn from each other and interact with our listeners.”

With Toledo are alternative bands Never the Strangers and She’s Only Sixteen, which will be incorporating more electronic music into their sound, and new groups DancePlayCreate and Runmanila that are going purely electronic, using digital audio software with almost no instruments at all.

“Filipinos think ‘electronic music’ automatically refers to EDM or party music, because that’s primarily how the form is presented to them: parties and clubbing,” says Never the Strangers guitarist JP del Mundo.

“By introducing it in a band setting,” he adds, “we want to show the audience that electronic music isn’t all about it being played in a DJ’s mixer booth.”

New kids on the block

“Our plan for now is to be heard on the radio,” says Trono. “But DancePlayCreate’s vision is to spearhead a new sound that could change what people think is the stereotype OPM.”

Drummer and beat maker Jader confesses: “As musicians, you can’t help but be influenced by global trends. You have to evolve.”

What the indies think

“I am intrigued and  worried that this ‘in’ sound will be the only template that electronic producers will utilize in the years to come,” says Paolo Garcia, also known as Pasta Groove. “We must not forget that there are so many other forms of electronic music out there. There’s jungle, broken beat, IDM and many more. We should not limit ourselves to picking just one branch of the tree.”

Jorge Wieneke, better known as electronica act Similar Objects, believes that what the country needs is a proper introduction to electronic music. “It has been around in the country for so long. I think it’s time people actually gave it the attention it deserves.”

Travis Monsod, one of the country’s most popular DJs, gives his opinion on the phenomenon. “Before, electronic beats were just a part of the mainstream track, but Rez Toledo and these upcoming groups are making the whole track electronic.”

For this reason, Monsod believes that these local acts should optimize the EDM trend by targeting the dance floor. “DJs should learn to produce and producers should learn to DJ. Locally produced electronic music will grow bigger in a club setting, because that is where the market is.”

Younger artists should step out of the studio and experience the club culture, says Monsod, to learn what kind of electronic music works. “These kids should be appropriately ‘schooled’ on the dance culture, so they can produce electronic dance music that is world-class. This country has the talent, we just have to come together as a scene.  The Philippines will get to that world stage soon.”

But will the stage be up for long?

She’s Only Sixteen frontman Roberto Seña says no. “All trends tend to saturate. It’s basic economics—too much supply will decrease demand. Boy bands, bossa nova and all the other trends died down, and maybe even indie music will.”

He adds: “But this does not mean EDM is not something other artists shouldn’t embrace. The important thing is that musicians should be changing the game, rather than just riding its tail.”

Whether EDM stays or saturates, local music is in the midst of change. The game changers are here all right, and people will be hearing from them very soon.