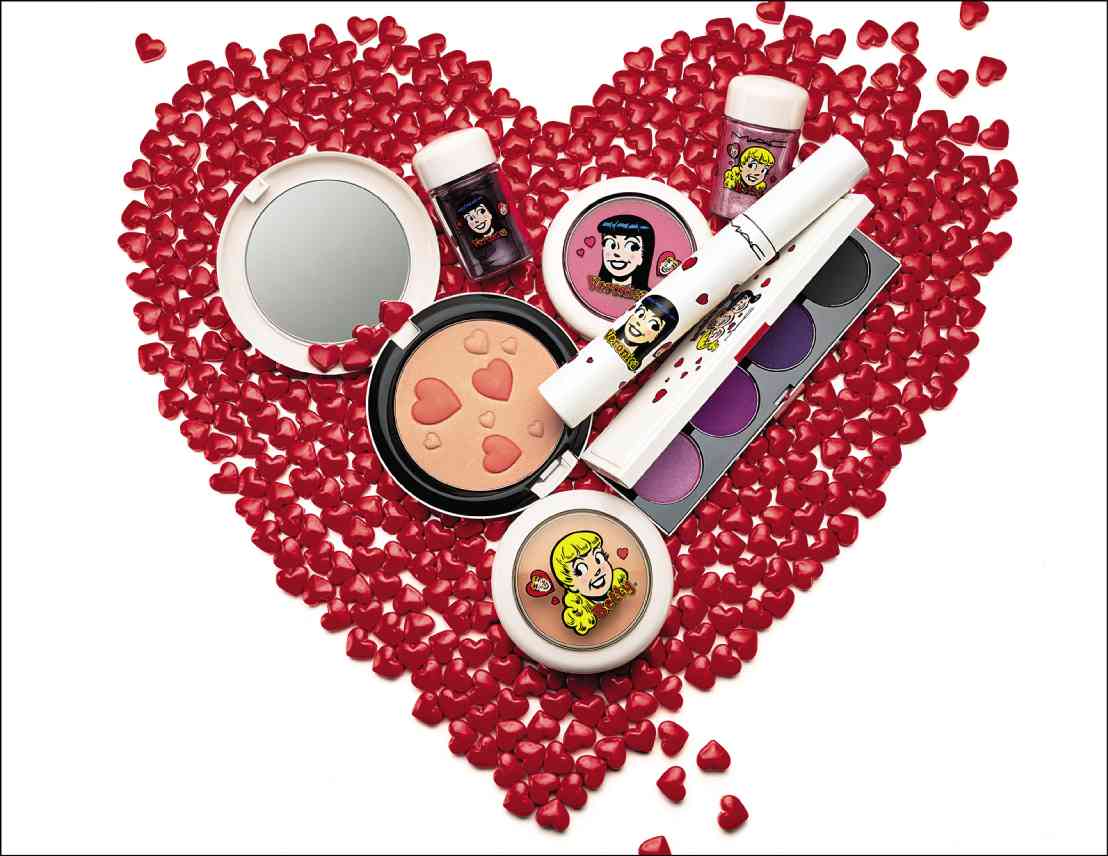 She is a member of the Kaikai Kiki artists collective founded by renowned contemporary artist Takashi Murakami, he of the wildly popular Louis Vuitton collaboration. (Murakami, hinted Shu Uemura senior brand manager Nina Solano, is also set to create something for the makeup brand.)

The collection was launched to celebrate Women’s Month, and four Filipinas and their teen daughters represented Ob’s princesses, to underscore that the appeal of Shu Uemura the brand encompasses generations.

Are you Betty or Veronica?

That was the question posed to girls at the launch of MAC’s long-awaited Archie’s Girls collection, a collaboration that brought back memories of the famous fictional carrot-top’s jalopy, and revived his all-time love triangle with rich brunette Veronica and blonde-next-door Betty.

At the launch in SM Mall of Asia, MAC went all out with the ’50s theme, with entertainers swing-dancing to music from a jukebox, and a retro diner menu that included rootbeer floats, hotdogs, sliders and fries.

The launch was attended by a few celebrities, including Daphne Oseña Paez, Rica Peralejo and G Tongi Walters.

There was also a photo-slash-kissing booth with real-life models playing the comic-book hero and his heroines.

If you’re lucky—the collection is limited, and the pre-order lists were quite long, we’re told—you can still get a hold of the Archie’s Girls collection at MAC counters, categorized into two themes: Betty and Veronica. There are lipsticks and lipglasses, eye shadows, face powders, powder blushes, nail lacquers, etc., in specially designed Archie’s Girls packaging.

Skin as fair as a K-Pop star’s

South Korean brand Laneige makes a bid for women who continue to dream of having a complexion as fair and fine as the K-Pop actresses they see on screen, with the launch of a five-part regimen called White Plus Renew.

On a recent trip aboard a Korean airline, the women and gay men in our group swooned upon seeing the uniformly luminous complexion of the female flight crew. One effervescent guy warned us not to bother him on a stopover at Incheon airport as he swore to hoard all the BB creams in sight. “It must be their secret!” he theorized. The Koreans, after all, popularized BB creams.

Alas, the secret to K-Pop-like fair skin is perhaps more complex than a thin film mask of a BB cream.

Laneige, the premium brand headlined by famous actress Song Hyegyo, claims it has the answer in White Plus Renew, which consists of a Skin Refiner, an Emulsion, a Tone Up Corrector with SPF 40 PA+++, a Spot Treatment EX, and an Original Essence (all sold separately).

The line claims to have Mela-crusher, which “stimulates the activity of lysosomes” to banish melanin located in the cells. It also has green tea polysaccharide extract, an effective whitening agent that’s mild even for sensitive skin.