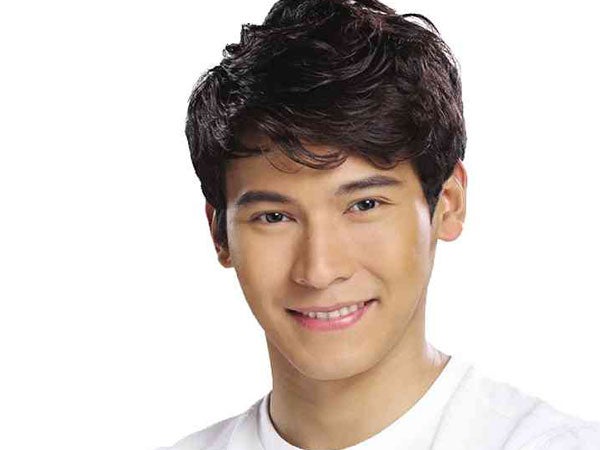 Enchong Dee loves to scrub his body with sugar

It’s hard to miss Enchong Dee these days. You’ll find his face everywhere from city billboards to TV commercials and showbiz blogs. He has become one of the country’s most sought-after actors and bankable endorsers.

More than just another good-looking celebrity, he first earned accolades off-screen. After winning seven gold medals for the La Salle varsity swimming team, he went on to be awarded the Most Valuable Player in the men’s swimming division of the UAAP 71st season in 2008-2009.

When he started making a name for himself as a TV and film actor, he signed product endorsement deals with Bench, Coca-Cola, Jollibee, Nutrilite and Blackberry.

He bagged a Star Awards trophy for his performance in “Maalaala Mo Kaya.”

At age 23, he believes that success is attained with the right attitude. He also maintains an incredibly disciplined fitness routine.

Enchong shares his secrets to staying grounded and looking fresh, all the time.

Projects I’m currently excited about… On TV: “Ina, Kapatid, Anak” on primetime and “ASAP 18” every Sunday noon on ABS-CBN. I’m also working on a movie with Eugene Domingo, whose working title is “Tuhog,” and another movie with Toni Gonzaga, Bea Alonzo, Angel Locsin and Shaina Magdayao for an anniversary project.

In my career, I’ve learned so much from… My manager “Tito Keren” (Pascual) and handler “Tita Monch” (Novales) of Star Magic. One of the biggest lessons which I always apply in my work is always be kind to people, especially the production staff. I also enjoy meeting fans and supporters who express their love for me in heartfelt ways.

Hollywood actors whose career path I would like to emulate are… Daniel Day-Lewis and Matt Damon. They are Hollywood A-list actors who remain interesting by keeping low profiles.

My favorite perks as an actor are… Being able to fly business class during travels. It also made me realize that my most favorite city is New York. You’ll feel the energy by simply sitting around in Times Square.

If I had to describe myself in three words, they would be… Fun, wholesome, extreme.

The most interesting prosthetic makeup I had was… A fake beard with all the possible cinematic mud they could probably put on me. It took two hours to apply and it felt sticky all throughout the day.

I use bath products that are… For soaps, anything color white. I don’t know why, but I think that cleaning is more effective with the color white. For my shampoo and cologne, nothing in particular because when I was in the swimming team, I just used whatever was available.

Bath items I can’t live without are… My loofah because I like scrubbing, especially after a long day at work. The second is floss; I like the refreshing feeling of squeaky-clean teeth. Third, mouthwash for the same reason. Fourth is sugar; after applying soap to the body or face, I scrub myself using plain sugar. Fifth, warm water to relax the body. It has nothing to do with grooming, but I like using warm water to relax my body.

The most number of grooming/bath products I have is… Cologne. I may sometimes look like I’ve just gotten out of bed, but I always make sure that I come out of the house smelling nice. I like the Baby Bath Cologne of Bench.

Top tip: Enchong is no stranger to homemade sugar scrubs. Applying sugar and oil on your body during showers exfoliates the skin, leaving it refreshed and vibrant. It’s one of the easiest home treatments that truly deliver.

If you’re not the do-it-yourself type, you can easily drop by The Body Shop and try one of the countless body scrubs found in its shelves. The latest variant, Chocomania Body Scrub (P1,050), has a decadently chocolate scent containing real cocoa butter and organic cane sugar.

Best to pair it off with a loofah. The Body Shop Bath Lily (in different colors, P195) increases the lather of your favorite shower gel or scrub as it gently exfoliates to remove dead skin cells. Available at The Body Shop branches nationwide.