Into the heart of K-Pop | Inquirer Lifestyle ❮ ❯ 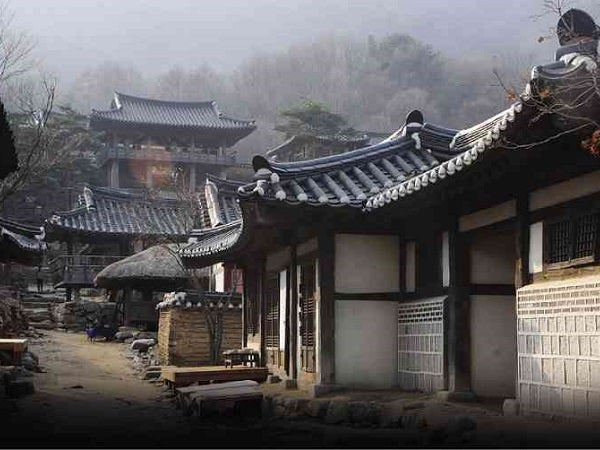 Into the heart of K-Pop

Whether you switch on your TV or your radio, you can’t escape the way Koreans are Koreanizing the world.

Koreanovelas are now a mainstay on Philippine television. And who hasn’t heard “Gangnam Style” of Korean pop musician Psy? K-Pop is practically coming out of our ears, and has become as omnipresent as that most international of Korean brands—Samsung.

Our media group welcomed a recent invite to fly to Korea so we could check out for ourselves the center of the K-Pop universe.

The last time I managed to catch a Koreanovela, there was this dainty girl, a princess from some ancient period, working as a travel guide. And in the episode that I saw, she was surprised to find out that her client that day was none other than the love of her life, also supposed to be a prince from that same fictional era. Cheesy, right? But it’s just the kind of setup that romantic Pinoys swoon over.

When we arrived in Seoul, the capital of South Korea, some three hours and 45 minutes from Manila via Cebu Pacific Airlines, we were welcomed by an English-speaking, dainty Korean travel guide.

“Hi, I’m Eun Hee Choi,” she chirped. “I will be your tour guide for the next three days. Just call me Joey.”

And in that instant, we got it.  The secret of K-success is the discreet charm of its gentle people.

Among the most popular K-dramas on Philippine TV was “Jumong.” Well, Joey brought us to the set of “Jumong,” the famous Yongin MBC Dramia located in Yonginsi, about an hour and half from Seoul.

MBC Dramia is an open set that transports visitors back to the Joseon era. Different from other drama sets, Dramia has been recreated based on historical records. No effort or expense was spared to reflect the architecture and lifestyle of ancient Korea.

No wonder that Dramia has served as the filming location for hugely popular Korean historical dramas, not just “Jumong” but also “Queen Seon-deok,” “Isan” and “Dong Yi.”

Lest you think that the Korea we visited was but a fictional movie set, well, guess where our tour guide also brought us.

On our first official day tour of Seoul, we hopped off to a cultural heritage site, Chang Deok Palace.

It is a massive complex of houses, halls, offices and a garden spread out in over 110 acres of open space. Once upon a time, it was the second residence of King Taejong, a distinguished Korean ruler who lived many centuries ago.

After enjoying the amazing walking tour, we wondered what happened to the king’s first residence.

Korea made it to the Best in Travel 2013-Top 10 Countries of Lonely Planet, which noted that Korea has quietly developed into an outdoor recreation destination with untapped potential in golfing, hiking and fishing.

Besides, Seoul has something for everyone. For families out to get some quality, enjoyable time, a must-visit place is Samsung Everland Theme Park, located southeast of Seoul.

The theme park is divided into five areas: Global Fair, Zootopia, Magic Land, European Adventure and American Adventure. A day is not enough to tour the entire place, so just imagine how big the entire area is.

The park’s manager, Ki-dong Kim, was very accommodating during our trip to the park. As expected, the park was filled with visitors, both domestic and from different parts of the world. Kim said long queues were the norm during weekends.

Kids will surely enjoy animal-watching at Zootopia, where they can find the “li-ger,” or the mythical half lion-half tiger.

What is Korea without a show? We got to watch not one but two. “Jump” was a nonverbal stage performance which told the story of a crazy family using visual comedy and martial arts. And there was “Drum Cat,” which featured sexy ladies playing percussion instruments. Both performances were hilarious and so much fun.

Our last day in Seoul was devoted to beauty and pampering. We visited Arumdaun Nara in Gangnam district for a facial treatment. The Arumdaun Nara Dermatology and Plastic Surgery Clinic provides intensive dermatological treatments to patients.

Koreans in general have flawless skin. We envisioned ourselves being gifted with such porcelain complexion while enjoying the one-hour facial at the clinic. It was refreshing and relaxing. We were told that a facial costs roughly US$150. Quite expensive, but worth the money.

But what’s a media tour without shopping? Well, Korea is the place for shopaholics. Large stores, tiangges and stalls sell what are touted as export overruns. We trooped to the night markets, where sidewalks were packed with vendors offering bargains.

Must-visits are Kwangjang Market and Dongdaemoon, where you can find Korean clothing, crafts and furniture pieces, fashion accessories, food, among other items for pasalubong at cheap prices.

Itaewon, which is unabashedly touristy, is a unique multicultural district in Seoul with many shops and exciting sights. You may also hie off to Gangnam District and Myeongdong for a wide range of choices.

Seoul, thank God, is a foodie haven. We tried the Koreans’ Sam Gye Tang, a famous soup of wild ginseng, lotus seeds and other medicinal herbs—and we simply could not have enough of it. It was just perfect for the cold Korean weather. It is cooked like arroz caldo, and tasted like comfort food.

When in Korea, you have to make kimchi—the traditional fermented Korean dish made of vegetables with a variety of seasoning—a part of your every meal. We were told it is good for one’s digestion.

And then there are the bulgogi and bibimbap, signature dishes from this country.

But what we savored the most was the kindness and graciousness of the people we met in the very heart of K-Pop country.

How were we to know that nearby, at their neighbor next door, trouble was brewing? But that’s another story.

(The media familiarization trip was sponsored by the Korean Tourism Organization and Cebu Pacific.)

The Philippines’ largest carrier, Cebu Pacific Air offers up to 29 weekly flights from Manila and Cebu to Incheon (Seoul) and Pusan, for the lowest year-round fare of P3,999. For the latest seat sales and bookings, go to www.cebupacificair.com; call the reservation hotlines (02)7020888 or (032)2308888; or follow Cebu Pacific Air’s official Facebook and Twitter accounts.