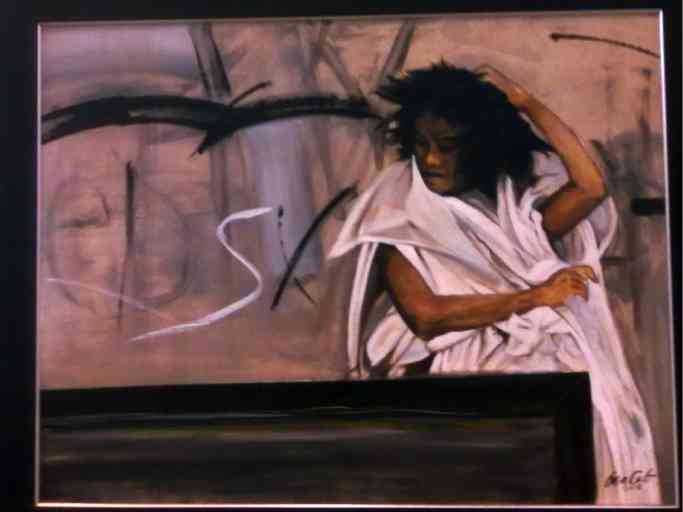 Women Take Back the Tech

WHEN Mark Zuckerberg created Facebook, he surely wasn’t expecting this.

The massively popular social networking website is no longer just a place to connect with friends and family. Socio-civic groups and the police have warned of its growing use in the Philippines as a means to perpetrate violence against women.

Facebook and other information and communication technologies (ICTs) have made women more vulnerable to abuse, reported Terret Balayon, executive director of the Women’s Crisis Center (WCC), during the “Take Back the Tech vs eVAW” forum, held at the UP Diliman on the occasion of International Women’s Month last March.

“We view ICTs – Internet and social media – as [new] sites and tools for violence against women,” she explained.

Balayon said the WCC, the first crisis center in the country that works with women survivors of physical and sexual violence, has begun looking into how electronic media intensify or compound violence against women.

“Abuse happens faster and is more damaging through electronics, because the abusers are protected by anonymity,” she said in Filipino. “There are so many negative effects on the victims, and you can’t just say, ‘then switch it off,” because the Internet is part and parcel of life today.”

Cases of electronic violence against women (eVAW) have ranged from harassment through text messaging to prostitution transacted online.

“We’ve heard about cyber-mobile harassment, or sending unwanted text messages or multimedia that contain sexual or threatening messages and we do not even know who sends them,” she said.

Cyber-mobile stalking happens through the hacking of personal accounts on social networking sites and using location trackers on cell phones, she added.

Versoza said eVAW was also promoted through some computer games. “There are other indirect forms of eVAW like stereotypes and sexual representations of women in online games. In these games, women are portrayed as prostitutes and sexual objects and players earn points when they kill a prostitute or those depicted as victims.”

Other major issues in the fight against eVAW are “cyber-prostitution, pornography, and unauthorized production and distribution of images,” she said.

Chief Inspector Efren Fernandez II of the Criminal Investigation and Detection Group (CIDG) for northern Metro Manila police also cited the use of Facebook and cell phone messaging to set up meetings between sex workers and clients.

“If you’re a regular customer, you can send messages through SMS,” he said. “And likewise, women who are trafficked often have Facebook accounts where predators communicate with them using the technology for sexual trade or sexual satisfaction,” he added.

Fernandez, former head of the police’s cybercrime unit, warned of cybersex dens posing as legitimate Internet shops to lure the unwitting, as well as various forms of online fraud such as the use of software to hide or change identities on online dating sites. The software can alter faces and voices, even changing a user’s gender to fool others.

“Are you sure it’s really your friend that you are chatting with online? If not, then you might have a problem,” he said. “This is one of the considerable dangers of online dating.”

Adding to the problem are “gaps” in existing laws to combat eVAW. While laws such as the Anti-Violence Against Women and Children Act (Republic Act No. 9262) exist, the Women’s Legal and Human Rights Bureau (WLB) said cyberspace is still beyond their reach. The WLB is an NGO that provides legal assistance for women and promotes feminist legal advocacy in the country.

“The laws don’t include ways in which ICTs are used, so how can they be effective?” asked WLB program officer Chang Jordan. She pointed to the recent dismissal of the case against former doctor Hayden Kho as an example of how existing laws can fail in protecting women’s rights. Kho was a key figure in a 2009 controversy along with actress Katrina Halili and several others over sex videos that were distributed online without the women’s consent.

Under RA 9262, only the direct perpetrator can be charged, she noted, and since Kho claimed it was not he who had uploaded the sex videos, no case could be filed against him. The controversy, however, spurred the passage of RA 9995, or the Anti-Photo and Video Voyeurism Act of 2009 last year.

With government support lacking and legal resolutions absent, women and the youth have learned to use the same technologies to help heal themselves and fight back.

Through grants given by the Association for Progressive Communications and the Foundation for Media Alternatives, various NGOs have launched projects that seek to empower women and children using ICTs. The grant winners were announced last December.

Present during the forum were representatives from the Center for Migrant Advocacy (CMA) and the Women’s Education, Development, Productivity and Research Organization Inc. (Wedpro).

The OFW support group CMA set up a text messaging-based helpline for distressed overseas Filipino workers in the Middle East. CMA Executive Director Ellene Sana said among the cases received by helpline are reports of sexual harassment of women OFWs by their employers. Because of the helpline’s success, the CMA has coordinated with the Department of Foreign Affairs to aid the OFWs in need and to replicate the project in countries outside the Middle East.

Another project of the community-based collective Wedpro is digital storytelling for abused children in Olongapo City.

“We talk of the negative impact of technology but meanwhile, this project uses technology precisely to heal our youth,” Wedpro gender specialist Aida Santos said. The videos were created by the Olongapo City youth who used them to tell stories of their experiences of abuse, alienation, child trafficking and abandonment.

One of the videos presented during the forum was “Pagnanasa,” written, produced and performed by Allen. The three-minute film recounts his experience of sexual abuse from his stepfather.

Another film, “Bakit Ganun,” tells of the violence and neglect suffered by a boy at the hands of his parents. The other videos are “Ampunan,” “Banig,” “Diday,” “Hubog Ng Aking Kabataan” and “Pangarap Kong Makilala Siya.”