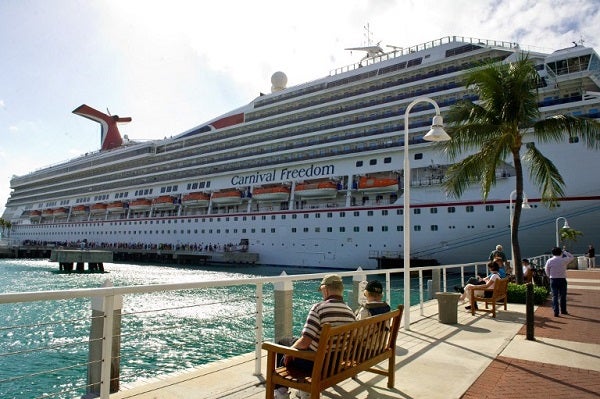 Southeast Asia in particular will be a key focus, the company said as it announced that one of its brands, Princess Cruises, will operate from Singapore by next year to provide short-haul leisure trips.

“Carnival is really investing a lot in Asia, we are trying to stimulate the demand of the market. Today it’s a bit quiet as cruising is not well known,” Pier Luigi Foschi, chairman and chief executive of Carnival Asia, told Agence France-Presse.

“Southeast Asia is a key market to develop cruising because it is a year-round experience. The seas are typically calm and the surroundings are beautiful, particularly for short-haul cruises.”

Foschi, speaking on the sidelines of a press conference, cited industry forecasts that cruise liners will see a total of seven million passengers a year by 2020 in Asia, up from just above one million now.

The Sapphire Princess will be deployed to Singapore from November 2014 to February 2015.

The luxury liner, which can carry 2,670 passengers, will bring travellers from Singapore to cities and exotic destinations in countries like Indonesia, Malaysia, Thailand and Vietnam.

Carnival already has a presence in China through its Costa Cruises brand, while Princess Cruises is setting up shop in Japan this month.

“As cruise lines are being deployed into the market, the market starts to develop. Slowly at first, but then they reach a critical mass,” Alan Buckelew, chief executive and president of Princess Cruises.

“Our ships move to where we believe the demand is strongest.”

Singapore, a regional aviation hub, has also taken steps to gain a bigger slice of the growing cruise travel market.

In October, it opened a new cruise terminal capable of berthing the world’s biggest luxury liners.