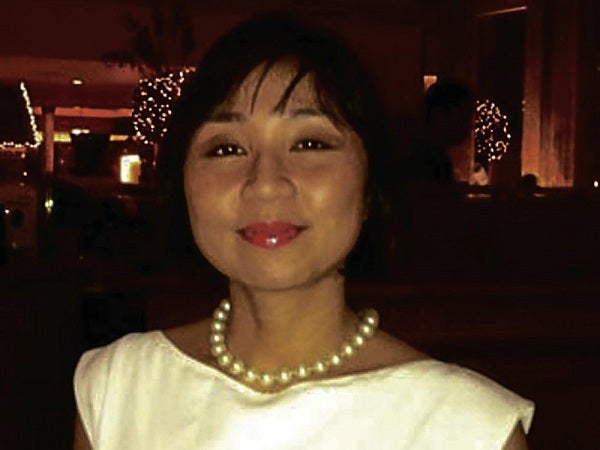 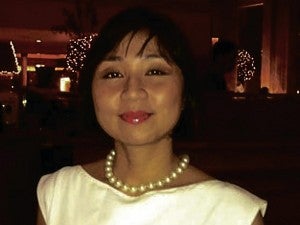 Tintin Pantoja has been drawing all her life. “When I was 6 years old,” she says, “I would copy Disney cartoons. I would just draw on paper and then later on I started working on comics.”

Her love for art stayed strong. She went on to study at the School of Visual Arts in Manhattan, getting a degree in Illustration/Cartooning.

Since then, Tintin has illustrated a number of books, including “Hamlet: The Manga Edition” and three volumes of “Manga Math Mysteries.” Her latest project is “Who Is AC?,” which she will launch with National Book Store at today’s Summer Komikon.

Written by Hope Larson, a recipient of the Eisner Awards (the US comics industry’s equivalent of the Oscars), “Who is AC?” is a fun graphic novel about Lin, a regular teenager with a cell phone that gives her super powers. It’s a modern tale about a magical girl, complete with a computer-savvy villain and an angry blogger.

Technology plays quite a role in the story—and aptly, it was also through the Internet that Tintin got the gig. “They called for submissions on Twitter, for tryouts from artists. I sent in some character designs.”

Tintin was chosen by Hope and her publisher, Atheneum Books for Young Readers. “I was very happy and relieved and surprised,” she says.

We talked to Tintin about AC, her love for comics and her creative process.

How much freedom did you have while working on “Who is AC?”

It was Hope Larson’s script so I just followed it. But I had relatively a lot of freedom to stage it, to decide what to draw, how to draw. But then she would make comments and I would change (things).

Who’s your favorite character in the book?

Lin, the main character, is the most fun to draw. But after her, there’s Pollux. I kinda had fun drawing him, as well.

What are your personal favorite comics and manga? What do you enjoy reading?

there’s “Finder” by Carla Speed McNeil. I used to read a lot of X-Men.

You studied art in college; was it hard to convince your parents that it was what you really wanted to do?

Actually, they were really supportive. The struggle was with me. I was the one who was struggling whether this was what I really wanted to do, or if I wanted to do something else.

Do you plan to write your own comic books?

Yeah. I want to work on YA comic books. Fantasy YA. I’m trying to work on a script now, but it’s much more difficult than illustrating somebody else’s book. There, you already have a script to work from, you already know what to draw. It’s much easier than coming up with your own story and your own script.

Why do you want to do work for young adults?

I don’t know, it’s just something that speaks to me. I find that they’re very open to fantasy and I like the theme of coming of age and learning about yourself.

She’s very professional. She gave me a lot of freedom to work with her script. It was fun. 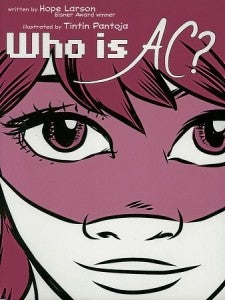 Are you the type who goes through her books and goes, “I wish I added this” or “I wish I did that”?

What’s your ultimate dream as an artist?

To be making comic books for a living.

Do you have tips for kids who are dreaming of becoming comic book artists?

Use the Internet, definitely. It’s easier than ever to make your own comics right now. There are photocopying machines, there are cheap offset printers, so really, the choice is yours. All you have to do is do the comic then figure out how to make it into a book and distribute it. But it’s easier than ever.

Cartoons, other books, pictures. And the people in my life, the relationships I have.

What are your all-time favorite cartoons?

“The Last Unicorn.” Something kind of melancholy, but fantastic and still very child-friendly.

Tell me about your work space. Do you have specific working conditions?

I like to write down scripts or thumbnails in coffee shops. I just put on some music and I’m free from interruptions or distractions. But when it’s time to draw, I need a slanted table, I need a very specific space so I need my drafting table, I need something in the background to help distract me.

What do you play in the background?

I have a collection of music, or when I’m in the inking or penciling stages, I listen to TV shows.

What’s your favorite part of the process of making comics?

Tell us about your comics workshop.

It can start anytime, depending on people’s schedules. I’d like to guide them through planning their story and making their own comic, maybe a five-page comic at first, but knowing the whole process, how to write the script, how to do thumbnails, how to pencil. I’m envisioning nine three-hour sessions.

Do people have to be good at drawing to join your workshop?

No. I think you can do comics with any level of drawing. It helps if you enjoy drawing already, but you don’t have to be good. I’ve seen comics that people do out of stick figures or even dots.

Who are your heroes in your field? Who do you look up to in the comics and manga world?

Definitely Carla Speed McNeil, she’s one of my favorite cartoonists. There’s this Japanese cartoonist who I grew up reading—her name is Yuho Ashibe. She did a comic called “Crystal Dragon” and “Bride of Deimos” which were translated into Indonesian, so I grew up reading them. Dan DeCarlo—his Archie comics. I really like it because it’s very readable, very easy to understand.

Why do you think readers will be drawn to “Who is AC?”

First of all, it’s a fun tale. It doesn’t take itself too seriously. And the characters are very likeable, they’re very sympathetic. And it’s a magical girl from a fresh point of view. She’s kind of a blend of a magical girl and a superhero. I think it’s also a lot about identity and getting to know yourself and coming to terms with what you can do and learning about what you can do. I think it has a lot to offer kids who are in the same situation.

Do you remember the day you first got your copy of the book?

It was a nice thrill to see that it was actually published.

Do you remember holding your first book in your hands?

I’m very passionate about writing, or at least trying to. I like walking a lot, as long as the walk is relatively easy.

What do you love the most about what you do?

Sometimes it can be very painful. But I think it’s the sense of creating a story, creating a world and living through these characters where I have the most fun.

Tintin Pantoja and National Book Store will launch “Who is AC?” Saturday at the 2013 Summer Komikon, 4 p.m., at the Bayanihan Center, Unilab Compound.

“Who is AC?” is available for P519 in National Book Store, Powerbooks and Bestsellers branches or you can order from www.nationalbookstore.com. Visit TintinPantoja.com or follow her on Twitter: @tintinpantoja.