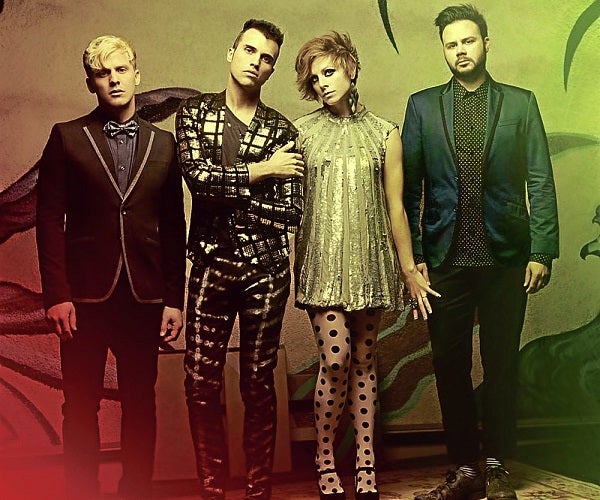 Also in the lineup are Filipino bands Up Dharma Down, Taken By Cars, Pulso, Yolanda Moon, and She’s Only Sixteen.

The Temper Trap is best known for the songs “Sweet Disposition,” “Fader” and “Need Your Love.”

In 2009, the band took the mainstream music scene by storm with its critically acclaimed debut album, “Conditions,” whose carrier single, “Sweet Disposition,” shot up the European music charts and spawned several remixes, including the popular house version by Axwell & Dirty South.

The Temper Trap went on to win Best Group for “Conditions” and Most Popular Australian Single for “Sweet Disposition” at the 2010 Australian Recording Industry Association (ARIA) Music Awards.

After touring extensively, The Temper Trap released its eponymous second album in May 2012. It contained the lead track, “Need Your Love,” and the most recent single, “Trembling Hands.”

The band promoted the album by touring the US, UK and Australia from March to May last year, including two sold out shows at London’s Koko.

It closed the year supporting Coldplay on its autumn stadium tour of Australia.

Tickets are priced at P4,800 (exclusive of ticket service charge), available at all TicketNet, TicketWorld and SM Tickets outlets.

For more information and updates about the event, visit the website Wanderland.ph and the following social media sites: Facebook/Wanderlandfest, Twitter/Wanderlandfest and Instagram/Wanderlandfest. Do not forget to hashtag #KarposWanderland2013.