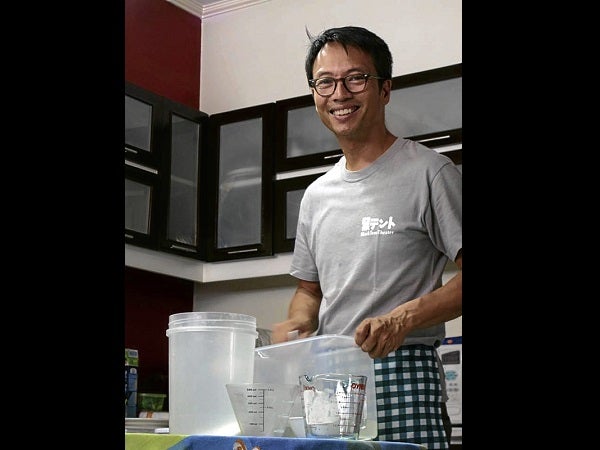 HIS SWEET SIDE. “For many years, I’ve been thinking of starting a business. A few years ago, I decided to take the plunge and do something more ‘normal.’”

This actor (and director-cinematographer) makes sorbets, too

Actor and director Nor Domingo has a sweet side to him outside of the theater world: He makes tropical fruit-flavored sorbets.

Domingo was recently seen in Philippine Educational Theater’s “Haring Lear” (a Tagalog adaptation of Shakespeare’s “King Lear” featuring an all-male cast) as Goneril, and in the restaging of “Care Divas” as Jonie. Lest audiences assume Domingo only portrays female characters (Goneril) and cross-dressing gay men (Jonie) on stage, he was also in Marie Eugenie Theater of the Assumption’s “The Crucible” as the unmistakably male John Proctor.

“I am also a cinematographer for television commercials and films,” he says. Last year he shot two full-length features: “Sta. Niña” for Cinemalaya and “Slumber Party” for Cinema One Originals.

Projects aside, being married with two children, he always felt that being a freelance actor and cinematographer wasn’t stable enough to raise a family.

“For many years, I’ve been thinking of starting a business,” he said. “A few years ago, I decided to take the plunge and do something more ‘normal.’”

He searched the Internet for information on how to make sorbet, acquired an ice cream maker and started experimenting. 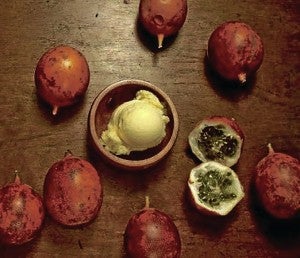 Last year, he finally got hold of a batch freezer and started Pepito’s Pinoy Sorbet. Usually served as a palate cleanser during multi-course meals, sorbet is considered a light dessert for the figure-conscious and lactose-intolerant, since it contains no milk or fat.

Sorbet is made the same way as ice cream: freezing the ingredients as they’re being mixed. While ice cream usually contains milk and has air whipped into it, sorbet has neither, resulting in a denser and more flavorful product.

The brand is named after his son Pepe. “We changed it to Pepito’s to make it sound more Italian since the original idea was Italian ice,” he said. 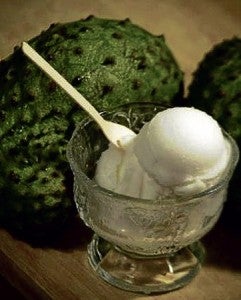 Gourmands note that Italian ice is grainy, while sorbet has a smooth texture.

Domingo’s children are the real impetus behind his endeavor. “Cinematography work takes so much of my time away from the family,” he said. “It breaks my heart every time I leave and the kids would look sad and ask when I’m coming home. So having a home-based business keeps me here with them. They sometimes help me out, too!”

Domingo studied acting at the Lee Strasberg Theater Institute in New York City. Upon his return to Manila, he studied filmmaking at Mowelfund Film Institute where one of his instructors informed him that Peta was looking for actors. “I auditioned, was accepted and I haven’t stopped acting since.” 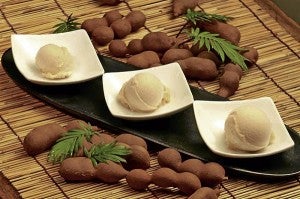 When he was living on Staten Island, he always had Italian ice or sorbet during the hot summer months. He had always dreamed of bringing that to Manila but didn’t have the means then.

He explained how sorbet is made: “We get fruits, juice it, mix it with water and sugar, then put it in the ice cream maker. I use a 6-quart batch freezer we imported from the US.” 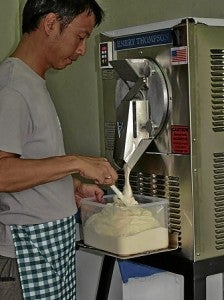 The existing flavors are sourced from a supplier. For other fruit flavors, Domingo usually purchases from what’s available in the market. “It’s a bit difficult to mass-produce some of our flavors, except for the ones we are selling now.”

Actors are used to working with directors and stage managers who run the backstage machinery of theater. In this case, Domingo’s sorbet-making is fully supported by his wife of 13 years, Pia.

“I make the sorbets myself while Pia helps keep everything organized! She was at one point a wedding-cake maker and now runs a packed lunch service for school kids, so she knows the how-to’s of the food business. She was the one who told me to make a spreadsheet for my recipes, how to keep track of expenses, how to cost our product, started the Facebook page, etc,” he said.

Given the scale of Domingo’s operations, he can only produce small batches by advance order and all orders are for pickup only at his residence in the Greenhills area.

But foodies have something to look forward to. “There are establishments that have shown interest in selling our sorbets in their stores in Quezon City, Makati and Alabang.”