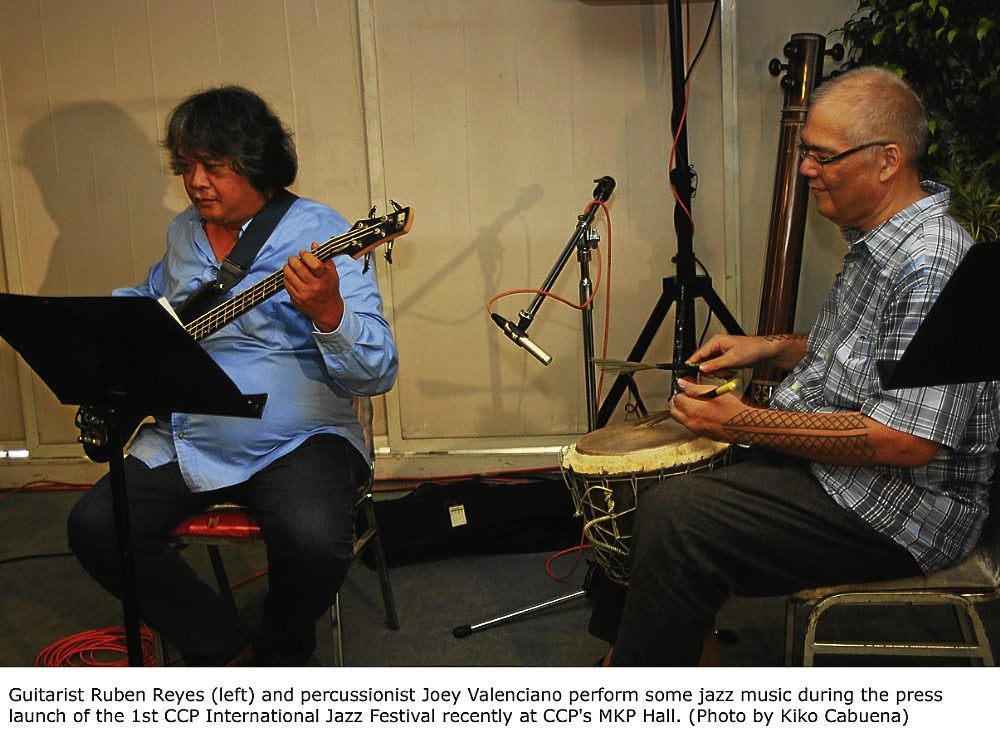 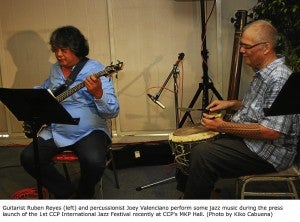 Jazz music takes center stage at the Cultural Center of the Philippines when it holds the weeklong First International Jazz festival Aug. 23-28.

The CCP will be transformed into one big venue for lectures, documentary presentation and performances when a big number of local and foreign jazz artists numbering more than 150 musicians gather for the first time to share knowledge, bond and collaborate in various performances.

The lectures and performances will focus on jazz variety of styles such as bebop, blues, ragtime, modal, big band, fusion.

A video documentary, “The Story of Jazz in the Philippines,” produced by Richie Quirino and Collis Davis Jr. will be shown at the Dream Theater, CCP ground floor, for free.

In a press launch held recently, CCP president Raul Sunico said the festival would be an exciting event as it would mark the institution’s first offering of a different musical genre that had gained global as well as local popularity. Melissa “Menchi” Mantaring, performing arts department OIC, hosted the program.

CCP artistic director Chris Millado shared the same sentiment, adding that jazz had bequeathed a lasting legacy in the country through the evolution of Pinoy jazz that had gained local wide acceptance.

More than the excitement that it will generate, the festival, he said, will be a meaningful interfacing, a wholesome sharing and learning, as local jazz performers will interact and perform with foreign performers on the same venue. He said 20 events had been lined up during the entire festival.

The MKP Multi-Purpose Hall serves as a venue for all the lectures. On Aug. 28 the festival comes to a swinging finish in a concert headlined by the Royal Hartigan and Blood Drum Spirit, UP Jazz Ensemble, Charito and the AMP Band.