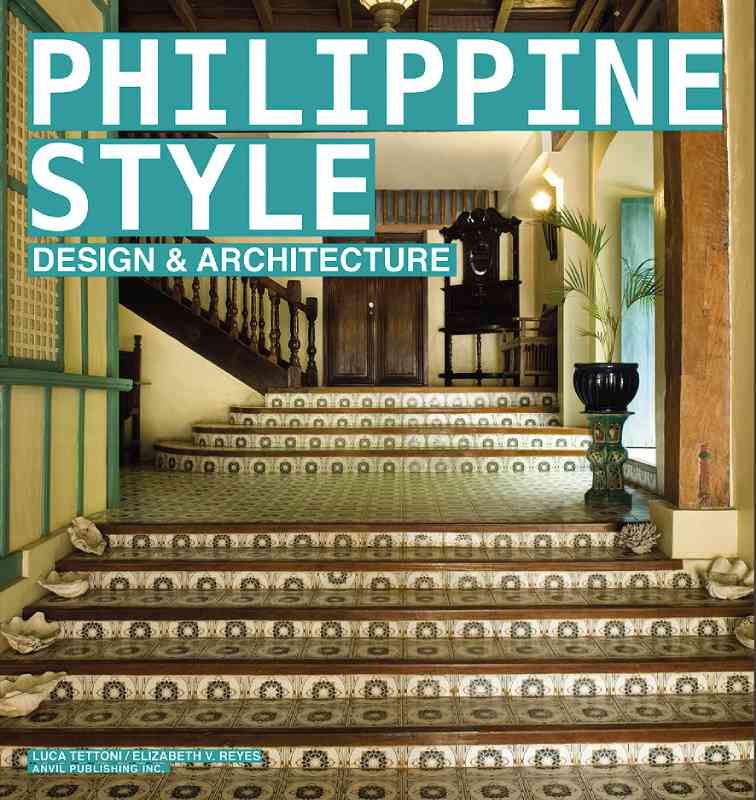 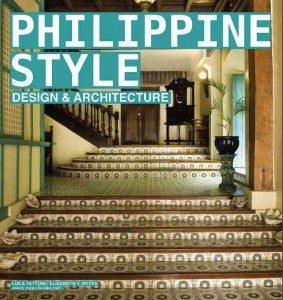 Amid the onslaught of imported architectural “styles” applied by commercial developers, Elizabeth Reyes’ latest book, “Philippine Style: Design & Architecture” is a veritable guidebook to those wishing to explore “Filipino-ness” in contemporary architectural design.

After her 2004 landmark publication, “Filipino Style” (with Javellana and Zialcita), showcased the best of Spanish- and American-era Christian lowland culture and architecture, Reyes came up with “25 Tropical Houses in the Philippines” the following year, portraying outstanding examples in contemporary tropical design.

In her latest work, “Philippine Style” (Anvil Publishing, 2013), Reyes not only combines these two themes into one volume, but goes a step further by also exploring traditional and contemporary furniture and accessories such as pottery, artworks and fabrics. She thus comes full circle and provides a comprehensive treatment of the topic.

With many colorful images expertly photographed by Luca Tettoni, the book not only provides a treasure trove of information, but is also a visual delight.

The first part describes in great detail the typical make-up of a bahay-na-bato, its various rooms and spaces, and interior design components, such as stairs, ceilings, screens and windows. It features exquisite and excellently preserved ancestral houses from Vigan and Taal, Art Nouveau gems in Malabon,  Victorian mansions of Sariaya.

Stopping short of lingering in nostalgic admiration of the past, the book  switches to contemporary houses built with a distinct Filipino design theme adopted from or inspired by past models.

Samples span a wide range of variations from relatively accurate replicas of Spanish-era mansions and rustic bahay kubo-inspired adaptations to decidedly modernist interpretations and even experiments in bamboo.

The chapter not only showcases elaborate mansions such as the Zobel residence, but also smaller houses and even modest huts no less elaborately designed. Many houses featured are by renowned Filipino architects, interior designers and artists, such as Benji Reyes, Angelo Mañosa and Budji Layug.

Most of these modern “dream houses” are set in spectacular natural locations, with lush tropical gardens surrounding them, seemingly far removed from the urban noise, crime and congestion. Thus, the common observation that “where a location has a perfect view, half of the architects’ work is already done,” certainly applies here.

The third chapter describes the evolution of Filipino furniture through the centuries, and typical pieces found in ancestral houses, such as mesa altars, plateras and Ah Tay beds. Here again antique pieces are juxtaposed with modern furniture made from locally available organic materials designed by famous Filipino artists such as Yolanda Perez and Milo Naval, showcasing pieces of timeless elegance and natural beauty.

From furniture and accessories the book  moves on to portray exquisite pieces of pottery and ceramics by the likes of Ugu Bigyan and Lanelle Abueva Fernando, which imbue contemporary residences with a distinctly local, yet highly artistic touch.

A comprehensive glossary of local tropical woods, fibers and fabrics completes this extraordinary journey through the evolution of Filipino styles.

If there is anything to be criticized about the book at all, it is that it relies heavily on the “usual suspects” when it comes to portraying the ilustrado bahay-na-bato and its furniture: featured architectural samples are mostly from Vigan, Silay and Taal as well as Sariaya, which have already been portrayed in numerous books and publications.

From a social perspective, all samples in the book draw exclusively from the upper echelons of Philippine society, from the Spanish- and American-era ilustrado to the present-day elite of business leaders, artists and socialites.

Although thus exposing itself to being labeled “elitist,” Reyes’ book nevertheless portrays Philippine society’s current achievements in art, architecture and design at its best.

The book is decidedly mainstream and exclusive, rather than comprehensive and inclusive. The title  “Philippine Style” is, therefore, somewhat misleading, as aficionados of vernacular styles from, say, the Cordillera or Mindanao, or Islamic designs from the South, will not find any references whatsoever to these cultural regions of the Philippines.

However, by concentrating on and glorifying the nation’s Hispanic heritage, Reyes is correcting a common misconception: Although representing the zenith of cultural achievement of colonial Philippines, as Fernando Zialcita points out, ancestral houses are wrongly derided by many Filipinos themselves as “Spanish” and “non-Filipino,” and subsequently often ignored and neglected.

Elizabeth Reyes’ “Philippine Style” is a wonderful resource book and style guide, which will go to great lengths guiding architects, interior designers and artist, as well as their clients who wish to explore what it means to live in “Philippine” style in the 21st century.