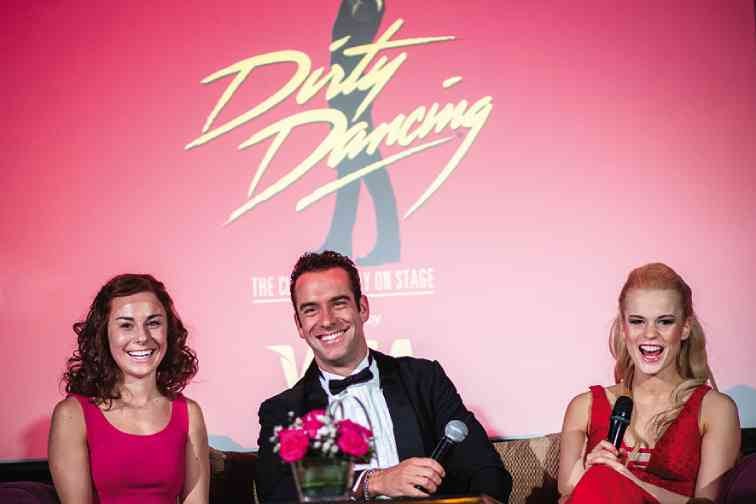 ‘Dirty Dancing’ to steam up CCP this July

The 1987 blockbuster movie “Dirty Dancing” started as a cassette tape that held its uncut soundtrack, which was repeatedly rejected by every major studio, according to “Dirty Dancing” creator, coproducer, and scriptwriter Eleanor Bergstein.

“I started writing the movie with the ’60s music already in mind. I picked each song and wrote the lines of the dialogue against lines of lyric and melody,” said Bergstein. “It was the time of one’s life when one couldn’t separate a conversation from the music playing on the radio; when you couldn’t separate the lyrics of the song from the words you were saying, or the beat of the music from the beat of your heart.”

Now “Dirty Dancing” is a universal brand. Over 44-million copies of the original soundtrack have been sold and the number still increases.

In film, it is regarded as one of the most successful independent flicks made, and its stage adaptation has been hailed the fastest-selling show in West End history—not too shabby for a deceptively measly cassette tape turned down by prominent production houses in the ’80s.

In July, “Dirty Dancing: The Classic Story Onstage” shimmies its way to Asia for the first time and will call the Cultural Center of the Philippines its home for a limited 22 shows.

With 35 cast members performing a total of 55 songs brought to life by a live band; 257 costumes including 123 pairs of shoes and 43 wigs; and 73 scene changes amplified by 200 moving lights and 152 LED panels, the stage production would surely regale audiences familiar with the iconic film. They woulf surely watch the play with the same “Hungry Eyes” they lent to “Dirty Dancing” the first time they saw it onscreen.

“It’s exactly the same, but more—three-dimensional,” said Gareth Bailey, who plays misunderstood hotshot Johnny Castle. “What the film lacks is the energy that is exuded by an ensemble of dancers and a live band. Imagine that energy feeding out to about 2,000 people in the audience.”

Joining Bailey in the main cast are Bryony Whitfield as Frances “Baby” Housman and Mila de Biaggi as Penny Johnson.

“For me, portraying my character [Penny] as truthfully as possible is my biggest goal,” De Biaggi said. “I love playing her every night. From the very beginning, I created a diary where I wrote every little aspect of Penny that would allow me to go deeper into the character. Every night, I go through the diary so I could connect with her. Sometimes I’d watch the film for inspiration, but I make sure that I still make her my own.”

For the performers, although the film allowed “Dirty Dancing” to benefit immensely from tricks in cinematography, the stage molded a different identity for the story and made room for a multi-sensory overload that is very in the moment—something Steinberg wanted to bestow upon the film’s avid fans.

As events unfold, audiences are given the chance to feel that they are also staying at the Kellerman’s in the summer of 1963—enjoying the band and the late nights out, sneaking around for underground parties, savoring the steamy dance lessons, and most of all, reveling in the intrigue and gossip.

In “The Classic Story Onstage: A Note on Approach,” her piece about the theatrical facelift of her creation, Steinberg revealed that she had second thoughts about transforming her brainchild into a stage material.

According to the novelist, screenwriter, producer and director, she did not want to take advantage of the film’s “open-hearted viewers,” but later on realized that perhaps the movie’s following had never waned because it made audiences yearn to feel some semblance of proximity to such relatable characters who come across one another in a line-up of events that may not fall under the usual summer getaway.

Viewers are lured into the live performance because at one point in their lives, they may have been the carefree teen who wants an adventure out of the vacation her well-off parents have arranged for the family; or the struggling young rebel who has to earn the trust and respect of those who belittle him; or the overprotective, overbearing parent who just wants the best for his daughter; or the young woman trying to make ends meet, but whose world collapses when she learns that the father of her unborn child wants out; or maybe, just someone who gets to be a part of an exciting holiday escapade at the Kellerman’s and gets caught up in the bubble of “Dirting Dancing” for an hour or two.

“In the re-imagining of ‘Dirty Dancing’ for theater, we have tried to take advantage of the risky immediate life onstage,” Steinberg said. “Theater has also allowed us to expand our canvas, We wanted to create something that could stand on its own for both theatergoers who haven’t seen the movie and those who have.”

In the play, Steinberg permitted the story to be told in detail; in a staggered progression that the limits of film could not afford.

Aside from the additional scenes and the deeper exploration of the characters’ relationships with one another, viewers can also look forward to hearing the original soundtrack.

“So come check us out and have the time of your life this July at the CCP,” Whitfield said.

The show runs  July 4-21 at the Cultural Center of the Philippines. Call 8919999. visit www.ticketworld.com.ph, www.dirtydancingasia.com, www.facebook.com/ConcertusManila on Facebook.