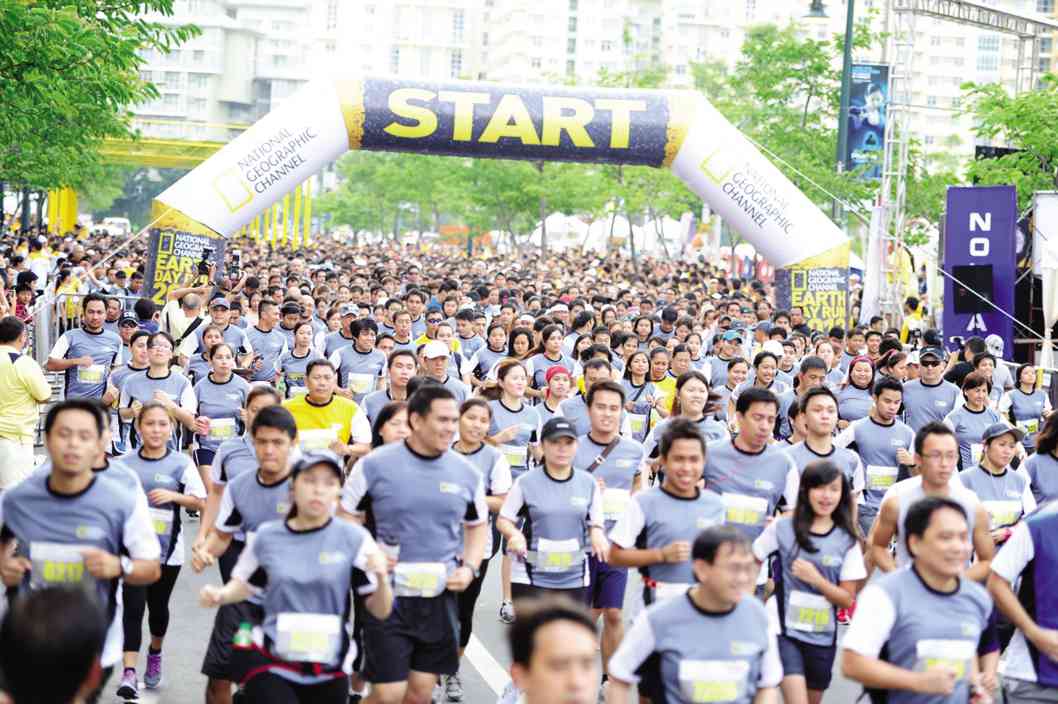 Run for the earth–and plant a tree Instead of giving away finisher’s medals, three trees will be planted in each runner’s name in this year’s National Geographic Channel Earth Day Run. The race will be held on April 28, at Bonifacio Global City in Taguig.

The seedlings, 30,000 different varieties, will be planted in private and government-owned properties in Camarines Sur, Bataan, Subic, with the assistance of the WWF, a nongovernment conservation organization.

Fox International Channels Philippines has been holding the Earth Day Run annually since 2009 in celebration of Earth Day, which falls on April 22. Earth Day is a global event that advocates protection and preservation of the environment.

According to Jude Turcuato, vice president and territory head for Fox Philippines, the Earth Day Run started with the intention of promoting sustainable and green practices. It has since been adapted in other countries like Taiwan.

There are four distances: 3K, 5K, 10K and 21K. Turcuato said the bulk of runners so far went for the 10K and 21K distances, most of them “graduates” of the 5K which used to be the category with the most number of participants.

The Earth Day Run last year earned flak online when a controversial photo went viral. It showed paper cups marked with the National Geographic logo scattered on the running path. The negative picture contradicted the channel’s image of being pro-environment.

“We made sure all the garbage from the previous runs was properly disposed of,” Turcuato explained during the run’s launch in Buddha Bar, Makati City. “As an additional measure, reusable water containers instead of cups will be provided in the race kits, and there will be more trash bins.”

He added that the bibs are made of recycled materials. The NatGeo team is also practicing a paperless registration process through a centralized system. Runners may register until April 20 at the NatGeo kiosk in Greenbelt 3 in Makati City, or online at www.natgeorun.com via credit-card payment.

Upon registration, runners will be asked to sign their or their loved ones’ name on small wooden markers that will serve as “name plates” for the seedlings. Previous Earth Day Runs have benefited The Mind Museum, a educational museum in Taguig, and the Design Against the Element project, a global design contest that addressed climate change.