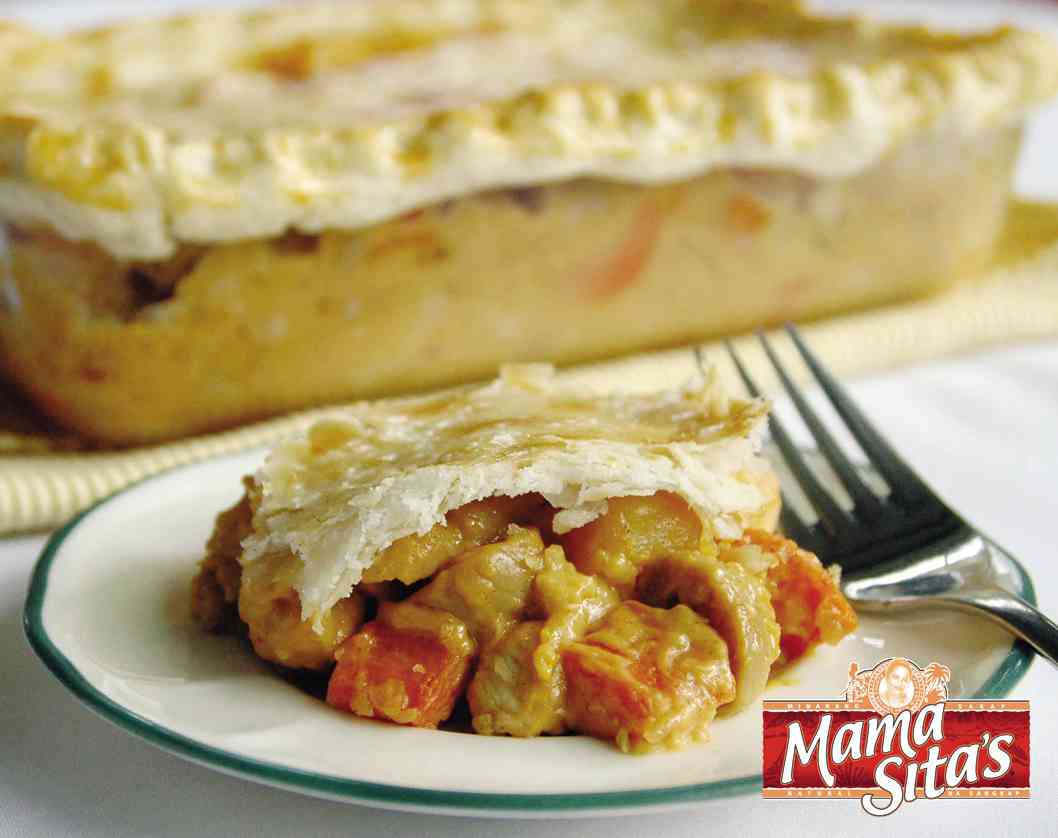 From a small cottage industry in the Reyeses’ ancestral home in San Juan, the family’s Mama Sita Mixes and Sauces business has grown into an industry whose products are now sold in about 40 countries.

Teresita Reyes Reyes—the eldest daughter of Justice Alex Reyes and Doña Engracia Reyes, pioneering restaurateur and founder of Aristocrat Restaurant—began with a vision, like her mother before her. But while her mother simply wanted to cook the tastiest and most flavorful dishes in the restaurant she founded, Teresita (aka Mama Sita) wanted to bring the flavors of Philippine cuisine to other parts of the world. Thus the company that now bears her name.

Her success has become beneficial not only to her family but also to home cooks and Filipinos overseas, who can enjoy the rich, down-home flavors of caldereta, kare-kare, adobo, sinigang, palabok, tapa and other much-loved Filipino dishes, without having to do them from scratch.

That’s true, too, with some restaurants, in the Philippines and overseas; some of them, known for their sinigang, simply use Mama Sita’s sinigang mix because it produces a consistency of flavor and the obligatory sourness.

In recognition of her accomplishments, Teresita Reyes was recently honored by the Philippine Postal Corporation with a commemorative stamp. Presented at the Old Senate Session Hall by Postmaster General Josephine de la Cruz, the stamp bears the image of the devoted “kababayan, ina at kusinera.”  Guests who attended the presentation included politicians, artists, scientists and the media, as well as members of the large Reyes clan.

As to be expected, the buffet table was a showcase of some of the best dishes using Mama Sita’s products: fresh smoked fish spring roll with vinegar dip, which was developed by chef Vicky Rose Pacheco (Mama Sita’s eldest grandchild); pansit palabok (a personal favorite of Mama Sita); a variety of grilled meats and vegetables; chicharon served with Mama Sita’s sinamak vinegar (a spicy vinegar made with coconut sap); bibingka cooked like crepes; sweet bananas developed and grown by the Mama Sita Foundation; and the curiously named samalamig, a jelly cooler drink made with Mama’s Sita’s pack of gulaman mix and sugarcane syrup.

A favorite in fiestas, the classic caldereta was made more upscale with the addition of cheese and cream and a topping of pie crust.

Here’s the caldereta recipe, as served during the reception for the presentation of the commemorative stamp.

For the pie crust:

Sift the flour and add the salt. With a pastry blender or using two knives, cut the shortening into the flour, mixing until the flour resembles coarse crumbs. Add the water, little by little, while gathering the flour mixture into a ball. Add enough water so that the flour becomes moist enough to be gathered into a ball. Wrap in plastic wrap and chill in refrigerator for 30 minutes. Meanwhile, prepare the caldereta.

1  c cream (may use all-purpose cream)

In a large skillet or frying pan, heat 4 tbsp of the cooking oil and fry the potatoes and carrots until tender. Remove from pan and set aside.

In a separate pan, heat the remaining 2 tbsp cooking oil and sauté the shallots. Add the chicken and stir-cook until the edges of the chicken turn brown. Add  ½ c water. Simmer until the chicken is half-cooked. Add Mama Sita’s Caldereta Mix that has been dissolved in  ¼ c water and cook until chicken is tender. Add the fried potatoes and carrots, as well as the mushrooms and cheese. Stir over low heat until the cheese has melted. Turn off the heat and stir in the cream, if using.

Preheat oven to 350°F (180°C). Remove the pie dough from the refrigerator and flatten it into a thick disk. With a rolling pin, roll out the dough into a shape slightly longer than the ovenproof dish. Drape the dough over the dish, leaving an overhang around the edges.  Trim off the excess overhang, leaving only about one inch overhang.

Tuck the ends of the crusts under the rim of the dish. If desired, make decorative designs on the edges of the crust (you can use the tins of a fork to make a simple design). Brush the top with the beaten egg yolk. Bake in preheated oven for 15 minutes or until golden brown.

When rolling out the dough, lightly flour the work surface, as well as your rolling pin, so dough doesn’t stick. Or you can roll the dough between two sheets of floured waxed paper.

Do not roll out the dough too thinly or it could tear easily when you transfer it to the baking dish.

Likewise, do not stretch the dough so it doesn’t shrink upon baking.