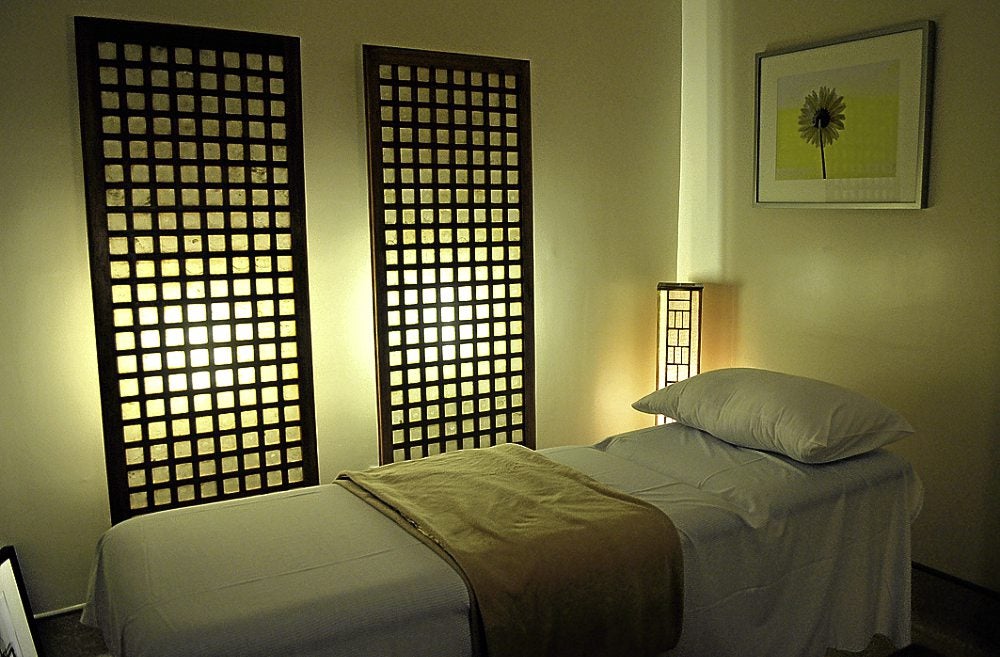 The sick are cautioned against alternative cure-alls in the market. Oftentimes they are also warned against physical activities, especially when suffering from serious medical conditions.

How about “yoga for the sick”? Can they join programs specially designed for the ailing?

Chief medical officer Joven Cuanang says it was a long time coming for these “alternative” services in the hospital that has earned a reputation for being one of the best in the country.

“It’s high time we institutionalized Oriental medicine as one of the ancient traditions of healing in the world,” says Cuanang.

The CMS, which will initially offer programs like acupuncture, yoga, massage, and ventosa (cupping therapy), is housed in a spa-like facility on the sixth floor of the hotel-like hospital. Three small areas are dedicated to treatment rooms, whose interiors exude an Asian tropical vibe.

Acupuncture is the traditional Chinese healing modality that uses fine needles inserted in specific points of the body. Ventosa uses cups (usually made of bamboo, glass or plastic) placed onto the skin, where bruising is the common side effect. 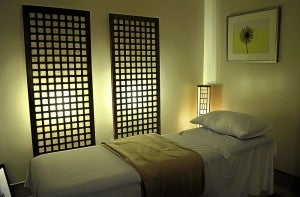 ative medicine, as others call it, is widely practiced in India and China, and has been known to benefit the sick while its wellness component also helps people, even those who are not ailing, in disease prevention and detection.

Heading the CMS is Dr. Francisco Navarro, a known medical acupuncturist and graduate of the University of the Philippines College of Medicine. He has also trained in traditional medicine at Xiamen University Hospital in Fujian Province, China, and Academy of Pain Research at St. Luke’s Hospital San Francisco under the Stanford Medical School program in 2000.

Navarro says the idea of forming the group arose from the growing clamor from people with medical conditions who wanted to join wellness programs. “They wanted yoga, but are limited to some particular tasks, so that’s where we come in. We can have ‘yoga for the sick,’” he says.

The programs to be facilitated by specialists will be based on the patient’s medical condition, and thus can be programmed according to the person’s needs and limitations.

“Not everyone can be made to lie on their backs; some have specific points in their body which should not be touched. One who has a serious medical condition cannot just walk in the spa and ask for a massage.”

Backed by research and medically supervised, the CMS programs promise the benefits of early detection and prevention, says Navarro.

Contrary to initial impressions, the sessions do not cost an arm and a leg, with prices that are “very competitive with the ongoing market rates,” Navarro says.

“Complementary” healing modalities are not at all new to the hospital. Its chief medical officer relates that a small room at St. Luke’s Quezon City was once devoted to a few of these programs, but the room was too small and some programs weren’t in place. 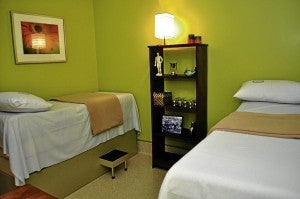 Historian Ambeth Ocampo, who was guest of honor, lauds the launch of the program, saying the timing couldn’t be more fitting, this year being José Rizal’s 150th birth anniversary.

Ocampo recalls that the national hero, on exile in Dapitan, similarly explored the benefits of complementary medicine among other healing modalities. He even veered toward studying the nature of “kulam” (witchcraft), says Ocampo.

Regular clinic days are Monday-Saturday, 8 a.m.-5 p.m. Prior appointment is highly encouraged. Yoga classes are Monday-Wednesday at 3, 5:30 and 6:30 p.m., and Friday at 3 p.m. CMS is at 6/F, Department of Physical Medicine and Rehabilitation, St. Luke’s Global City.