How Hans Sy was inspired by this charity | Inquirer Lifestyle ❮ ❯ 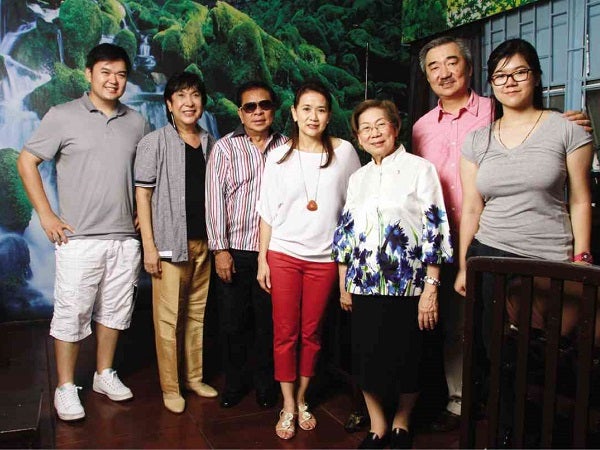 How Hans Sy was inspired by this charity

There’s an adage that the longest journey we never take is the journey from the head to the heart.

That has been the experience of Hans Sy, president of SM Prime Holdings.

Hans, his family and his mother Felicidad, recently graced the blessing of the remodeled rooms at The Cancer Institute in the Philippine General Hospital. The wing was named after his father, taipan Henry Sy.

The scion revealed that when it came to charity, his mother always had the pure, benevolent heart. He, on the other hand, initially carried out his responsibilities at the SM Foundation Inc. out of a sense of duty.

But when he saw Ricky Reyes’ fervor in relocating Child Haus, Hans said he was touched. Ricky established Child Haus as a transient home for underprivileged children from the provinces who needed lodging while undergoing their chemotherapy or other treatments in the city. Ricky couldn’t bear seeing the children and their parents sleeping on the streets.

The Sys bought them a home in Barangay Pinyahan, Quezon City, and Hans thanked Ricky for inspiring him to do charity on his own.

“When he (Reyes) had the problem of finding a house for the children, I felt it was about time I did something on my own,” Hans said. “Frankly, it’s very gratifying. Seeing little children smile again is priceless.”

Hans said he and his siblings have always looked up to their father in business and in philanthropy. They still consult the taipan on major business decisions, and continue his charities.

“We do these from our hearts, but very quietly. I’ve learned from my mother that charity is done discreetly,” said Hans.

“My father’s advocacy is education because he did not finish college. He always said if he had the chance to finish college, he could have done more. He’s been pushing for education to give more people opportunities in life.”

About 1,000 scholars benefit every year from the SM Foundation, which has also acquired National University to provide affordable, quality education to more kids.

“It’s not about making a fast buck,” he said. “That’s how my father started. He made sure suppliers got paid on time. That was one of his first successes. Suppliers wanted to sell to him knowing that they would be paid—and on time. We continue to expand our businesses the way my father would have wanted it, including the charity work. We feel blessed and we want to give back.”

Hans recalled the time the elder Sy met with his family to explain his vision for a reclaimed area in Pasay City. It would be a mixed-use center to be anchored by the Mall of Asia.

“After presenting to the whole family, he asked, ‘What do you think?’ My mother snapped back, ‘As long as you give me a church, I will fully support your project.’”

Likewise, when Hans saw the opportunity to build a mixed-use center in a reclaimed area in Cebu (which later became the SM Seaside Complex), his mother was behind the funding of the Chapel of San Pedro Calungsod.

“If it’s providing homes for people to stay, such as the Child Haus, you can expect quickly from us,” said Hans. “But doleouts? My father trained us that, as they say, it is better to teach a man how to fish than to give him fish. We do a lot of those kinds of charity.”