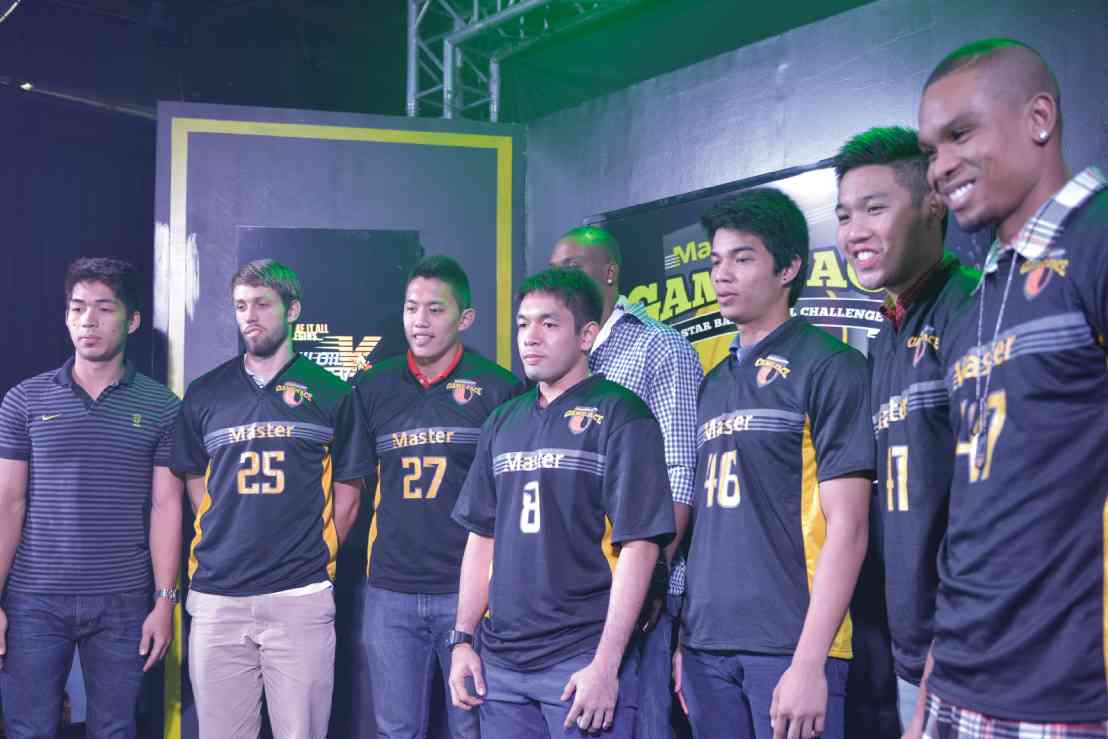 Serving as an arena for collegiate squads to test their mettle during the summer break, FilOil Flying-V looks to up the ante in the basketball skirmishes.

With a little help from the league’s followers, that is.

In a recent press launch in URBN Kitchen and Bar in Taguig, tournament director Joey Guillermo and Master brand manager Jonathan Pua revealed that the premiere collegiate summer league will highlight an all-star game on June 8 at The Arena in San Juan.

Two squads, led by none other than Master’s longtime poster boy Chris Tiu and its newest ambassador, Borgie Hermida, will battle it out after a selection process involving the fans.

Dubbed Master Game Face Challenge, the one-game showcase will allow fans to vote for their favorite cagers from 18 participating schools through an online selection process.

Fans can assemble their lineups per team by logging on to Master Philippines’ official Facebook page. The player with the highest number of votes per position makes it to “Team Chris” or “Team Borgie.”

“It’s actually the first time the league is tying up with a brand to come up with something this big,” Guillermo said.

“It only makes sense that we educate and talk to young men about facial grooming—and it is all possible through this, the all-star game,” Pua added.

Tiu, who saw action in college donning the Ateneo jersey, will be leading a pack comprised of Adamson, Ateneo, Letran, De La Salle, Lyceum, San Sebastian, University of the East and University of Santo Tomas.

His NCAA counterpart, Hermida, who had a noteworthy run with San Beda, will be mentoring a roster of players from Arellano, Benilde, Emilio Aguinaldo, Far Eastern, José Rizal, National University, San Beda, Perpetual Help and University of the Philippines.

“The fan vote will be very interesting, since the fans will have so many talented players to choose from, “ said Hermida.

“Imagine Ateneo and La Salle playing together? That would be so exciting,” added Tiu.

“I’m very thrilled to come back to the college basketball scene,” Tiu said. “It’s a very energetic league, it’s got a lot of followers and I really missed it.”

“It shows how old I actually am,” the former King Eagle jested. “Actually, there’s nothing different. Most of the coaches were players before. I just feel so blessed and I seek to give the crowd a good game leading the guys,” Hermida said of the adjustment he had to make, from playing to coaching.

“It’s just one game. My job’s to observe and be aware of how the players execute. That’s the best I could do.  It’s just a game, but it’s something the players take seriously nevertheless,” he said.

Online voting began Wednesday. The final lineups will be announced on May 25.