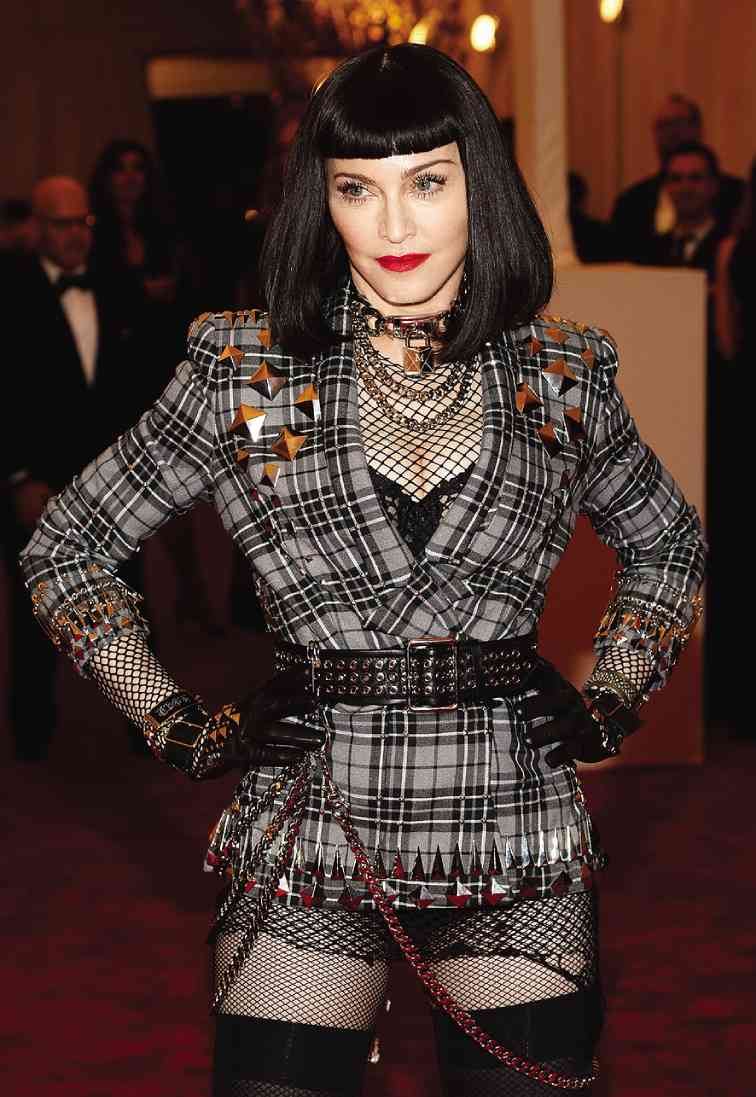 The 800 rich, famous and stylish citizens from fashion, film, music, art and big business mingled at Metropolitan Museum of New York in what was touted as fashion’s grandest night-out.

Now on its 16th year, the event has raised over $100 million, according to Wintour, US Vogue EIC and the event chairperson.

It is the most coveted invite of the year, where even the most beautiful movie stars ditch their stylist and work with an international designer to create a one-of-a-kind couture piece.

This year, it wasn’t a match made in style heaven. Designers who were asked to interpret the punk movement ignored punk’s negative aspects and references like swastikas, studs, safety pins, bondage, fetish dressing, ripped clothing and mohawks. Many of them were babies or not yet born in the ’80s and were clueless.

One group created predictable mainstream glamorous gowns. Wintour, in her Chanel floral number, said, “Pink is the color of punk according to Andrew Bolton, curator of the Met’s

Following this lead was the fuchsia Valentino gown of Gwyneth Paltrow, devoid of the anti-establishment spirit of punk. Other New Yorkers like Prabal Gurung and Zac Posen simply did what they do best in red-carpet situations with satin mermaid gowns.

A second group of designers nearly nailed it but somehow ended up doing simply goth with black lace, shredded chiffon and leather. This had the biggest body count.

A sexy Madonna in a jacket by Givenchy (worn without panties) was the star of the event, her can-do DIY attitude of punk, from the jewelry to the chains and ripped fishnet stockings, emblematic of the defiant ’80s. Miley Cyrus with her spiky hair and nearly naked Marc Jacobs long dress was the other winner.

Our very own Michael Cinco dressed Brit singer Paloma Faith in a rebellious gown that showed off all her tattoos on her bare back. Anne Hathaway, bleached cropped hair and kohl-rimmed eyes in vintage Valentino, was another perfect punk couture star.

Iconoclast Brit designers Vivienne Westwood and Zandra Rhodes, who worked in the epicenter of London’s ’80s punk era, showed up in iconic looks that displayed how punk’s chaos can redirect couture into something edgy and excitingly libidinous.

Finally, there was the high-profile return of the Fashion Victim. This term is used to identify a person who is unable to identify commonly recognized boundaries of style and good taste, thus crossing the line from the sublime to the ridiculous.

It was a tie for Fashion Victim of the Night as Beyoncé, a co-chair of the event, made a dramatic late entrance in Givenchy’s reissue of a Gianni Versace ’90s look, which made the glamazon look heavy and overdone.

The other overkill was Sarah Jessica Parker in her faux-hawk fascinator by Philip Treacy, and an overwhelming printed gown by Giles Deacon. Both megawatt stars wore over-the-knee boots and were overpowered by the sheer volume and intensity of their chosen garments.

Then again, they all seemed to be having so much fun, which is the secret of dressing up or dressing down.