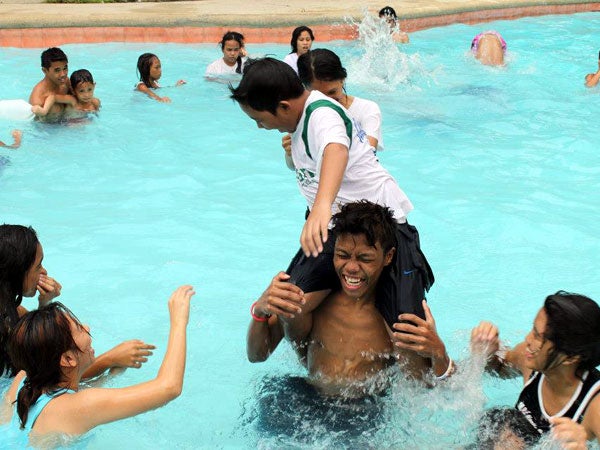 Let children have fun through power of play

MANILA, Philippines – Children who don’t play outdoors regularly may have a hard time socializing with peers as they get older, according to experts.

“Kids also need freedom to move and explore and help them satisfy their curiosity,” according to Lulay De Vera-Mateo, UNICEF’s chief of education.

A simple game of “The boat is sinking” for example, “teaches children to work as a team and strategize, allows them to be in groups , rather than alone”, De Vera-Mateo said.

“Playtime helps children become less timid and more confident,” she said, adding, “Because of this, children develop and social emotional skills that help them overcome traumatic and stressful situations such as being bullied by a peer.”

Instead of fighting back, children learn to solve conflicts peacefully. They learn to make new friends or show anger in a healthy way. Playtime becomes their avenue for therapy so to speak, she said.

Many parents still think that the best way to learn is through books and lectures and the Department of Education believes that this traditional view of education should gradually be changed to fit today’s changing views on play, said Director Tina Ganzon, DepEd Director of Communications.

“We believe that play is important to the development of a child. A child’s experience during playtime contributes not only to his physical development but also helps nurture emotional and cognitive development,” Ganzon said.

“Play is a multi-faceted learning experience that allows them to develop confidence and interaction skills.”

Because of the many benefits of playtime, the Department of Education has also incorporated play into their curriculum, she said.

Three years ago, the department developed an enhanced kindergarten curriculum in order to eliminate traditional views. “We have been strongly advocating it as a child-centered, play-based learning, teaching-learning process. The curriculum is executed in a play-based manner through active learning experiences making children feel that learning can be enjoyable,” added Ganzon.

In a study commissioned by Johnson & Johnson Philippines, mothers with four to nine year old kids in the Greater Manila Area acknowledged that while they knew the value of daily physical activity for their kids, they would end up encouraging study time and inadvertently cut down on playtime.

“Children are not only losing time for recreational activity, but also make themselves prone to living a sedentary lifestyle. Instead of playing outdoors that doubles as physical exercise, children are on the couch or behind a table for extended schoolwork,” according to the study.

This is why DepEd and Johnson & Johnson Philippines recently launched “Di Lang Laro ang Laro”, an advocacy campaign to remind parents to let their children have at least one hour of physical play daily for proper physical and mental development.

“Through the advocacy, it is hoped that more parents and children will understand the many benefits of play. It does not only encourage children to be physically active, but also helps children be socially engaged. It helps children overcome traumatic situations and also aids education. Indeed, playtime is not just past time,” they said.