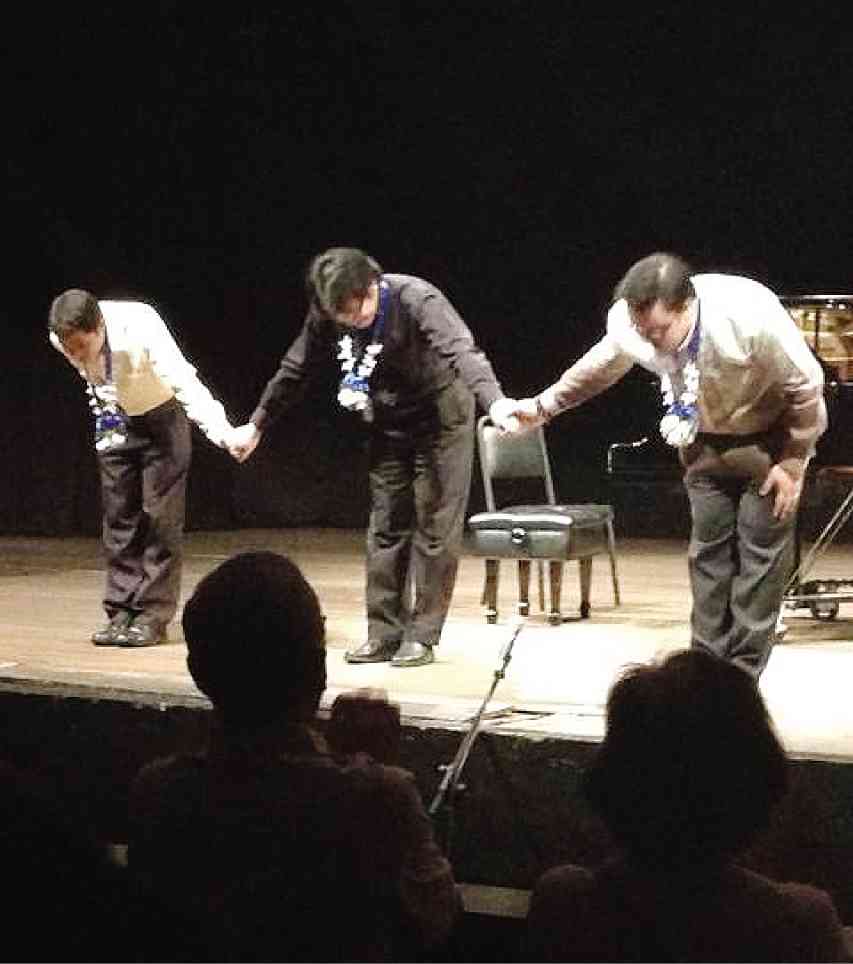 Standing ovation for Azcona, Ismail in UP Diliman, Catanduanes

Catandunganons took a big respite from political jingles when they trooped to the closing concert of the summer music festival at the Kemji Resort in Virac, Catanduanes.

“Such splendid voice!” commented Gerry Rubio of the nearby Catanduanes State University. “His voice had the power of an amplified singer but he didn’t use any sound system all throughout his performance.”

The select Virac audience, including an American national, roared their approval over the “Les Misérables” song, “Stars,” and got euphoric over the “Toreador Song” from “Carmen” and the first encore piece from “Phantom of the Opera.”

After the rendition of “Some Enchanted Evening” from “South Pacific,” the audience cheered and rose to give the artists a rousing standing ovation.

“What a fitting finale to hear ‘Some Enchanted Evening’ from ‘South Pacific.’ Catanduanes was definitely enthralled,” added Rubio. “The concert was a big relief from over one month of auditory attacks of election jingles on the island.”

Summed up Rubio,  who is adviser of a school publication at Catanduanes State University: “The Kemji Room was modest in size, fit for an intimate crowd. But when Noel Azcona sang, the place metamorphosed into a cavernous hall. His resounding baritone voice was like the SkyJet taking off from a nearby runway, albeit impressive, powerful and rich.”

The last flutist heard in the province was Antonio Maigue, who performed with classical guitarist Lester Demetillo at the Risen Christ Hall in 1992.

Added Rubio: “John Raymond Sarreal’s flute renditions surreally reversed the Catanduanes’ moniker as the Land of the Howling Winds. He turned the island, for a night, into a Land of the Lilting Breeze. The musical fare had Najib Ismail’s masterly piano accompaniment.”

Said long-time resident Maria Teresa Bagadiong Hermann: “That concert really gave us the enchanting sounds of music. It is one  memorable evening for us islanders.”

The artists were flown in by Skyjet, which flies to Virac every Tuesday, Thursday and Saturday.

Skyjet was represented in the concert by  Aileen G. Muñoz, who  was happy to be a partner of the cultural renaissance in the island.

After the concert, the visiting artists ended up loving the island’s natural attractions. They raved  over the island’s scenic spots after a post-concert tour of Bato and Baras towns in Catanduanes.

The performing artists and party were toured by the Catanduanes Tourism Office under Carmel Bonifacio Garcia,  who expressed support to  the idea that maybe a tour of the island’s natural attractions would complement the live classical music now slowly getting back to the island’s music scene.

The concert was presented by Music News in cooperation with the Catanduanes Tourism Office; Skyjet; Catanduanes Tribune; National Commission for Culture and the Arts; MCO Foundation; and the Philippine Amusement and Gaming Corporation.

Before the island concert, the  baritone, pianist and flutist also received standing ovation at the UP Abelardo Hall in Diliman, Quezon City, for the opening of the 2013 Music News Intimate Concert Series.