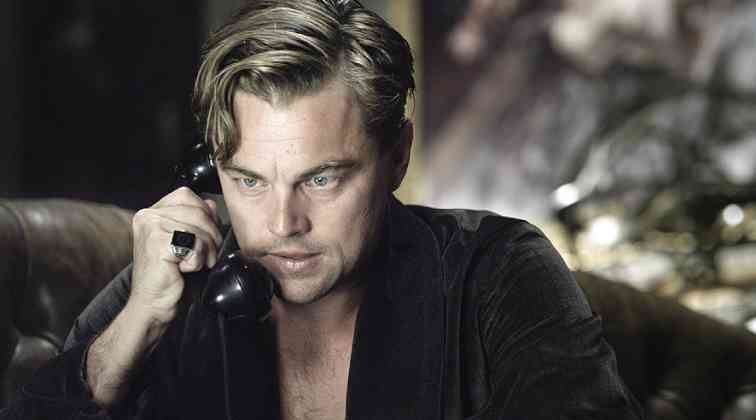 SCENES from the Jazz Age: A lost world of blinding allure, extravagant hope and crashing dreams In his adaptation, the filmmaker combines his distinctive visual, sonic and storytelling styles in 3-dimensions, weaving a Jazz Age cocktail faithful to Fitzgerald’s text but relevant to the present.

“The Great Gatsby” follows would-be writer Nick Carraway as he leaves the Midwest and comes to New York City in the spring of 1922, an era of loosening morals, glittering jazz, bootleg kings, and sky-rocketing stocks.

Chasing his own American Dream, Nick lands next door to a mysterious, party-giving millionaire, Jay Gatsby, and across the bay from his cousin, Daisy, and her philandering, blue-blooded husband, Tom Buchanan.

Nick is drawn into the captivating world of the super-rich, their illusions, loves and deceits. As Nick bears witness, within and without of the world he inhabits, he pens a tale of impossible love, incorruptible dreams and high-octane tragedy, and holds a mirror to our own modern times and struggles.

Luhrmann (“Moulin Rouge!”) directed the film from a screenplay he co-wrote with frequent collaborator Craig Pearce, based on Fitzgerald’s novel.

For almost a century, the story of Jay Gatsby, written by  Fitzgerald between Long Island, New York, and St. Raphael, France, about 15 miles from Cannes, and between 1923 and 1924, has moved through time and space, and found audiences across geographies.

Luhrmann said he first encountered “The Great Gatsby” on the screen, in 1974, in remote Heron’s Creek, Australia, where his father ran the gas station and, briefly, the cinema.

Cut to 2004. Cold, northern Russia. The clatter of train tracks. The flicker of light through the frosty window. 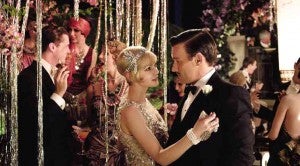 “I had just wrapped ‘Moulin Rouge!’ and was off on a debriefing adventure,” Luhrmann recalls. “Crazily enough, I’d decided to take the Trans-Siberian Express from Beijing, across northern Russia, and then on to Paris to meet my wife and newly born daughter, Lilly.”

And it was in Siberia, in a sardine-box of a cabin, that Luhrmann re-encountered “The Great Gatsby,” this time as an audio book, one of two he had with him.

“I poured some wine, looked out and saw Siberia racing by, and started listening. It was four o’clock in the morning before I fell asleep,” he recalls. “The next day, I could not wait for night to come, to get back in my little box, pour the second bottle of wine, and listen to the last part. At the end of it, I realized three things: One, that I hadn’t really known ‘The Great Gatsby’ at all; two, that it was structurally really concise; and three, there’s a really great film in it. Of course, there’s a huge inherent challenge—the expression of Nick Carraway’s inner life, his inner voice—but it’s an incredibly cinematic book. I thought, ‘I’d like to make this movie one day.’” 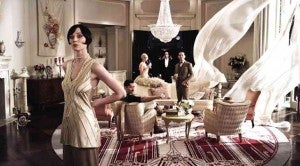 And so, as the train beat on against the rusty tracks, the first imaginings of Luhrmann’s adaptation of “The Great Gatsby” were born.

Eventually Luhrmann joined forces with producers Douglas Wick and Lucy Fisher who, like Luhrmann, had been trying to secure the film rights for some time.

“We spent two years trying to get the rights. It was very complicated,” says Fisher. “Then one day there was a knock on our door at the office, and it was Baz Luhrmann saying, ‘I, too, am trying to do ‘The Great Gatsby.’ We were very excited because, in our minds, there could be no better director for it. It was like a dream come true. It was suddenly a way to see and be part of the ’20s. When you work with Baz, you take a time machine to a different world.”

Securing the rights was the first step, but Luhrmann knew that, ultimately, the project would be pinned on the title character. He needed to find an actor who could express Gatsby’s core complexity,  smile “one of those rare smiles with a quality of eternal reassurance in it,” and then, in a flash, look “as if he had killed a man.”

Luhrmann says: “I’d been secretly working on it for some time, knowing all along who I’d like to play Jay Gatsby. Really, it wasn’t difficult to think of someone! Hmm, I don’t know—complex, romantic, dark, glamorous, great actor…”

Leonardo DiCaprio, with whom Luhrmann had worked on “William Shakespeare’s Romeo + Juliet,” and whom Luhrmann counted as a friend and collaborator, was the obvious choice.

“I’d read the book in junior high school and I was very moved by the story,” says DiCaprio of the project. “When I picked up the novel again, it was when Baz had handed me a copy and said, ‘I’ve got the rights to this.’ It was a very daunting concept; there was a responsibility to make a memorable film that will be forever connected with one of the greatest novels of all time.”

“I think ‘The Great Gatsby’ feels more relevant now than ever,” Wick offers. “In a time with a glittering but unreliable economy, and a prevalent sense that we have lost our way, ‘Gatsby’ could have been written yesterday. But it wasn’t. The book takes you to another time and place, a lost world of blinding allure, of extravagant hope and crashing dreams, which we knew Baz, more than anyone imaginable, could deliver for an audience.”

“Baz always recreates these worlds that are part of his imagination, but this adaptation is incredibly specific to this book,” says DiCaprio. “Not many liberties were taken as far as storytelling is concerned. The integrity of the story and Fitzgerald’s words are intact throughout.”

“I think that anything that becomes a classic is a classic because it moves through time and geography,” says Luhrmann. “Now, what I mean by that is it’s relevant in any country and at any time. You know, usually these things are like that because the stories are universal human stories, and we know the people. And Gatsby is like that. And so that is the story all of us set out to tell right from the start.”

Opening across the Philippines on May 17 in digital 3D and regular format, “The Great Gatsby” will be distributed by Warner Bros. Pictures, a Warner Bros. Entertainment Company.