Star of ‘Sex and the City’ arrives in PH for SM gig | Lifestyle.INQ ❮ ❯ 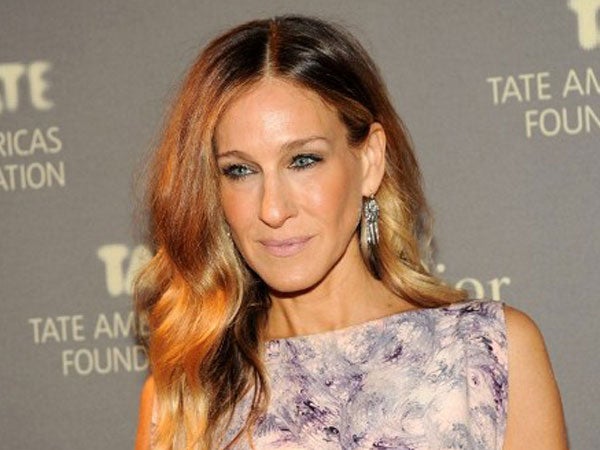 According to initial information obtained by the Inquirer from sources with direct knowledge of the event, talent agents in the United States tried to negotiate with another award-winning American actress, Anne Hathaway, to attend the SM Store Aura Premier opening. But for some reason, the deal fell through.

But the presence of Parker—regarded as a style icon partly because of her journalist-fashionista character in “Sex and the City”—will surely lend glamour and prestige to the affair, which is expected to generate a lot of buzz and publicity for SM.

The hiring of Hollywood celebrities—not to mention pop and rock stars—to endorse products in the Philippines has been going on for the past several years.

In fact, fashion retail brands Bench and Penshoppe are engaged in a virtual one-upmanship by signing up the more popular actors or singers to fly to Manila and promote their clothes and accessories.

Some of the music stars who have lent their image to Bench include The Black Eyed Peas’ apl.de.ap, The Pussycat Dolls’ Nicole Scherzinger, Grammy winner Bruno Mars, and 2012 “American Idol” runner-up Jessica Sanchez—all of whom are of Filipino descent.

All of their endorsement deals are believed to have cost hundreds of thousands of dollars—considered a wise investment on the part of the owners of Penshoppe and Bench because the returns come in the form of increased sales of their products.

In the case of SM, the high-profile, fashionable image of Parker is an assurance that people will flock to SM Aura Premier despite the presence of other high-end shops in Global City.

In 2004, she signed an endorsement deal with clothing and accessories retailer Gap for an astounding $38 million.

But Parker also makes time for charitable causes. She currently serves as a member of the board of directors of the New York City Ballet and is a Unicef goodwill ambassador.

In November 2009, the Obama administration elected her to the President’s Committee on the Arts and the Humanities.

In April 2012, she adopted the Martin Luther King Jr. School in Portland, Oregon, for the Turnaround Arts Initiative.