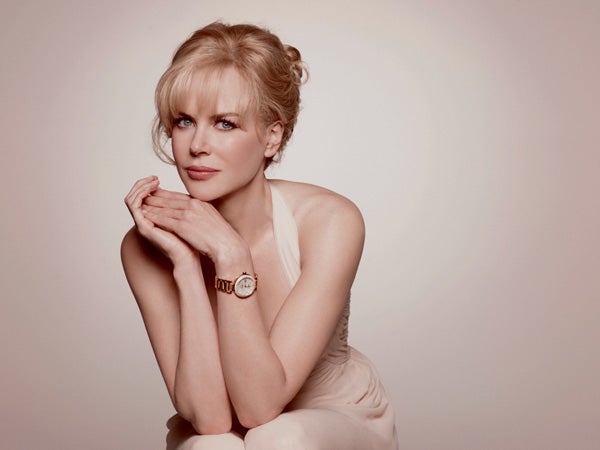 PARIS—Nicole Kidman and “Amelie” star Audrey Tautou kicked off 12-days of red carpet fashion at the opening of the Cannes Film Festival on Wednesday.

The prestigious Riviera movie meet provides both big fashion houses and up-and-coming designers with unparalleled opportunities to showcase their work before a global audience.

The race to dress the biggest names, who can attract maximum publicity, starts in mid-April straight after the official announcement of the films selected for Cannes.

Pictures of Hollywood A-lister Kidman, a member of this year’s festival jury who wore a strapless embroidered Dior gown to Wednesday evening’s opening ceremony, can be guaranteed to go round the world in minutes.

But other actresses in the spotlight this year such as “The Great Gatsby” star Carey Mulligan will also have been much sought after.

Some designers, however, have a policy of letting stars come to them.

“We don’t contact them: they have to want to wear our robes,” said Elie Saab’s Emilie Legendre, adding that a large number of fittings were done this year in Los Angeles, London and Paris.

Tautou, who shot to international fame in 2001 as the Pixie faced Montmartre waitress in “Amelie”, is this year’s maitresse de ceremonies at Cannes.

“Few actresses have confidence in young designers and turn instead to the big houses,” she said

But between the couturier’s fitting room and the red carpet anything can happen.

“They can change their mind at the last moment” and not wear the dresses, said a source at Cedric Charlier’s.

It is for this reason that some designers including Herve L. Leroux never disclose the name of those expected to wear their dresses before they actually appear in them.

“Two years ago Sarah Jessica Parker came with several dresses and chose ours at the last moment,” said Legendre.

The photo of her in Elie Saab appeared in newspapers and on television all over the world.

In the Elie Saab show room in a suite at Cannes’ Hotel Martinez around 60 dresses are stored ready for a turn on the red carpet.

“We pay attention to the dresses that we lend, so that they are not the same style or the same colour,” Legendre said.

“Sometimes we dress an actress at the last moment, for example, because she thinks her dress from another house doesn’t suit her,” she said.

The show room also means last minute alterations can be carried out.

Over the years, the number of photo opportunities at Cannes has mushroomed.

And at 12 days, the festival provides even greater opportunities to highlight a designer’s work than the one-night only Oscars.

Cannes is “better than an advertisement”, added Legendre.

“Clients identify more with an actress than with a model,” she said.