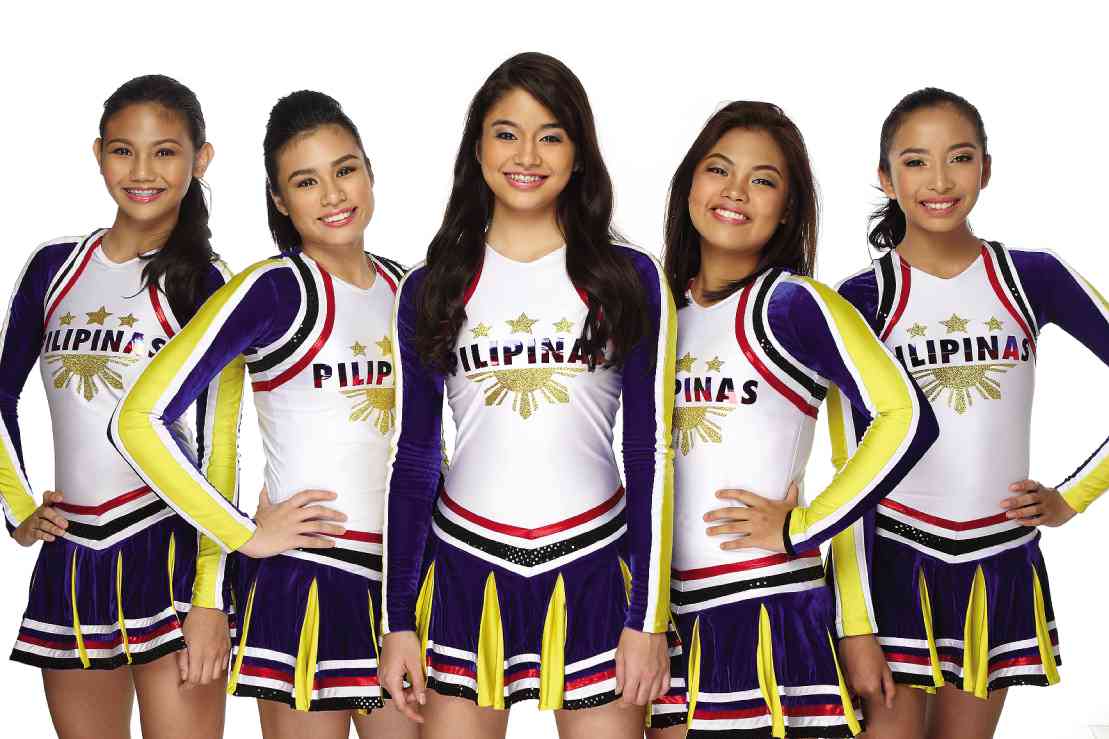 Cheering for a dream

“The mighty and the proud, Pilipinas! Let me hear you shout, Pilipinas!” girls in red yelled as they began their routine at the Gymnastics Center in Rizal.

Nervous excitement was in the air as they enthralled their audience with their enthusiastic cheers, mesmerizing dance moves, spotless tumbles and challenging yet spectacular stunts.

It all began when they joined the Philippine National Games. “At first, we really just wanted to compete in the Games,” says coach Ajjie Mendelebar. “Although we knew that if we won in that competition, there would be chance for us to compete internationally. Our efforts paid off when we won bronze in the Team Cheer Category.”

Being the only all-girl team in the competition against college squads meant advancing to the 7th Cheerleading Asia International Open Championships. Hosted by the Foundation of Japan Cheerleading Association, this competition has been drawing teams from different Asian countries to Tokyo, Japan, since 2007.

As this is an open competition with no rules, this meant heavier training for the girls. They tried new stunts—most of which would have been considered illegal in local cheerleading competitions—and beefed up their gymnastics training. Trainings could go on from 8 a.m. to 4 p.m., and this was what they considered ending early.

However, getting ready for this competition meant more than just improving the training; the girls also had to raise funds to bring themselves to Japan in May.  As the cheerleaders had to finance themselves, their supportive parents came up with different fundraising activities such as bazaars, performances and gigs outside the school, and a lot of solicitations. They were also able to get support from sponsors such as Bench and Kia Motors.

Being first-timers at an international competition, the girls are feeling a different kind of pressure from when they compete locally. Captain Tin Go says: “It’s a big burden. I am very excited and nervous. This will be the first time the SBCA Junior Varsity Cheerleading Squad will compete outside the country, and as captain of the team, I am very proud that we have reached this far.”

Gabby Ramos, a four-year veteran on the team, says: “We’re all overwhelmed and a bit nervous. There is a lot of pressure on us, since the last team who represented the country won so many awards.”

Despite this pressure, coach Ajjie still believes they have an advantage: “I believe that youth and innocence would be our advantage in this competition. There’s this  hunger for knowledge and experience that’s innate to every young talent.”

Aside from these, the girls also possess Bedan values that make their team different from their competition. Believing “Ut in Omnibus Glorificetur Deus,” or “That in all things, God may be glorified,” these girls dedicate what they do to more than just their school and country: They dedicate it to the glory of God.

As everyone anticipates what is sure to be an excellent performance in Tokyo, coach Ajjie is confident about their execution. “I have no expectations for the team except for them to deliver their best performance yet. We may not be the best at this point in time, but we are definitely on our way to that. The other countries should watch their backs; they’ll never know what will hit them.”

The 7th Cheerleading Asia Open International Championship will be held at Yoyogi Stadium in Tokyo, Japan, May 18-19. Team Pilipinas will be competing in the Regulation Division, All-Female Group Stunts and All-Female Team Cheer categories.