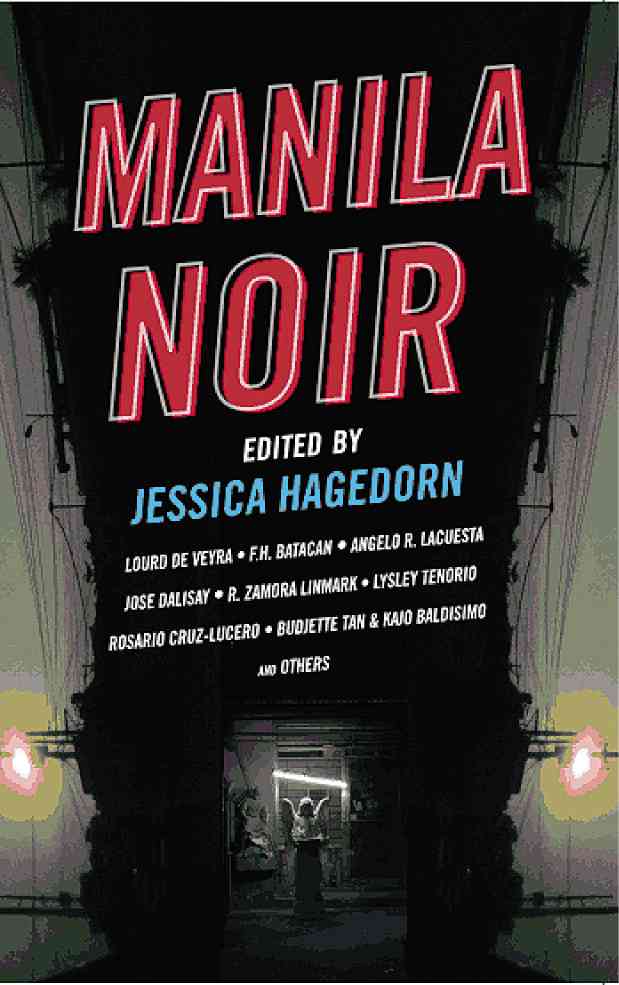 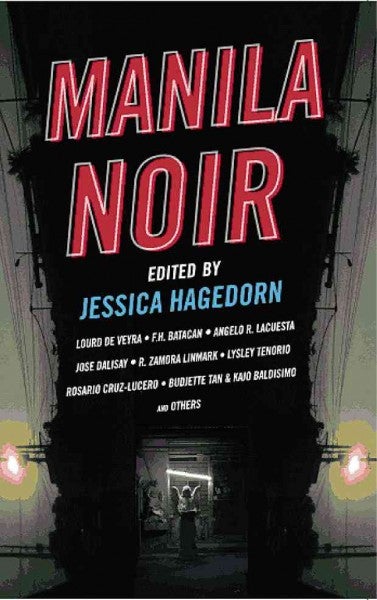 As young children, many Manila-dwelling Filipinos were allowed by their elders to play in the afternoons. But as soon as the light fades, they are called back in, as if there was something dangerous lurking in the night.

“Manila is where I was born, a city of heat and shadow and secrets, perfect for this genre we call noir,” Hagedorn writes in her introduction. “Manila’s a city of survivors, schemers, and dreamers.” The book is a Hagedorn-curated walk on Manila’s wild side, a journey through the sharp corners and hidden pathways of the city’s underbelly. It is a wonderful collection, balanced between its three chapters, “Us Against Them,” “Black Pearl of the Orient” and “They Live By Night.”

Held closely to their breasts by the stories are messy, edged lives flaring out in seemingly random directions. But the 14 stories themselves are all elegant and smooth, like a bladed weapon concealed in a jacket. They strike suddenly but thoroughly, leaving you wounded. Embedded in each story is a deep acceptance of the fantastically flawed life in the big city and a step out of the ordinary.

Tenorio’s “Aviary” is a riotously subversive exploration of a high-end mall that works very well as a stunning first strike. Batacan’s “Comforter of the Afflicted” is a perfectly paced procedural featuring the welcome return of forensic anthropologist Fr. Augusto Saenz, the protagonist of her novel “Smaller and Smaller Circles.” What starts as a routine drug deal goes off into tragicomically unexpected territory in De Veyra’s “Satan Has Already Bought U.”

In his story “Darling, You Can Count on Me,” Gamalinda pieces together, “Rashomon”-style, the puzzle pieces of the controversial 1967 killing of the original, so-called “Chop-Chop Lady,” Lucilla Lalu. Dalisay deftly connects a secondhand car to a fallen university professor in “The Professor’s Life.” Lacuesta recalls the hazy images of a late-night smashup in “After Midnight.” Murray’s “Broken Glass” follows a young girl’s day after a home invasion goes bizarrely wrong.

The most conspicuous offering is also the most inspired addition to the collection, one that Hagedorn herself dubs “the surprise centerpiece of this anthology.” Tan and Baldisimo’s acclaimed comic book series “Trese” is represented here by the new story “Thirteen Stations,” where paranormal investigator (and investigator of the paranormal) Alexandra Trese investigates a series of frightening hauntings on various stations of the train system that runs right through the city’s skeleton, the same way this story runs through the nerve system of “Manila Noir.”

Not to be overlooked is Hagedorn’s brilliant, colorful introduction, titled “Femme Fatale.” Its poetic and powerful observations about the sublime contradictions of Manila ring both true and otherworldly. “All the fabulous and fearless writers gathered here, whether they are living in Manila, the US, or elsewhere in the ever-growing Philippine diaspora, have a deep connection and abiding love for this crazy-making, intoxicating city. There’s nothing like it in the world, and they know it,” Jessica Hagedorn reminds readers. “Manila Noir” is a masterfully crafted anthology that reminds us that, if you truly love your city, you embrace its darkness as much as—if not more than—its brightness.

Available in paperback at leading bookstores.